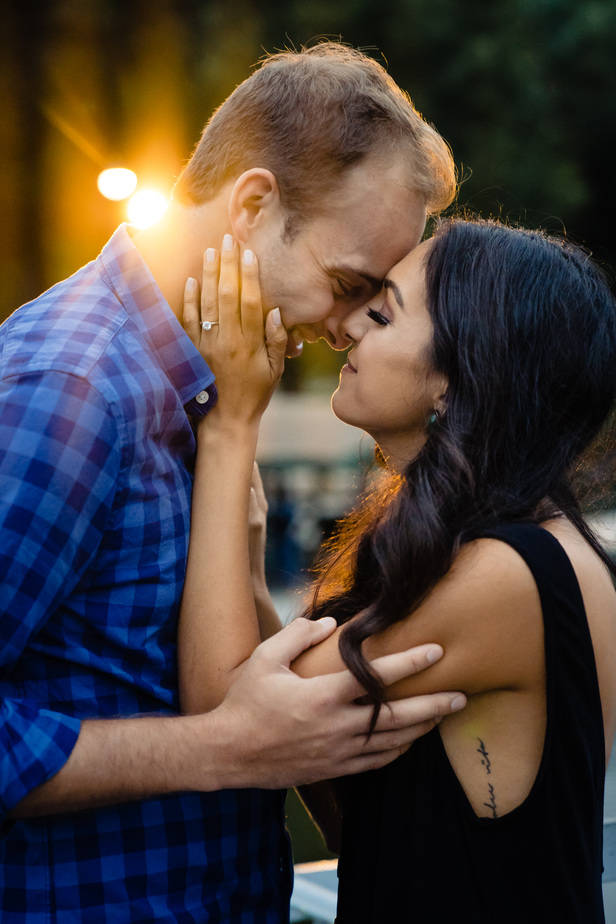 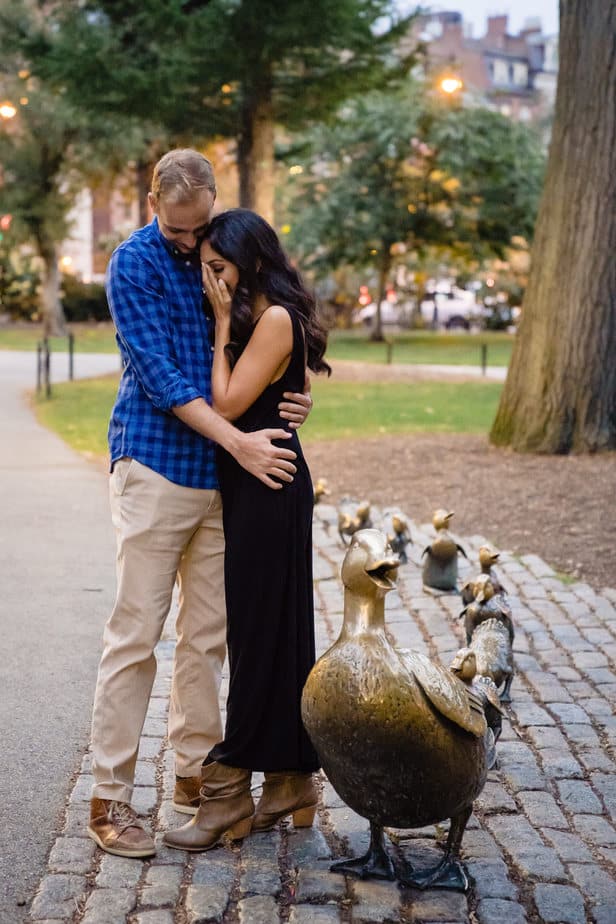 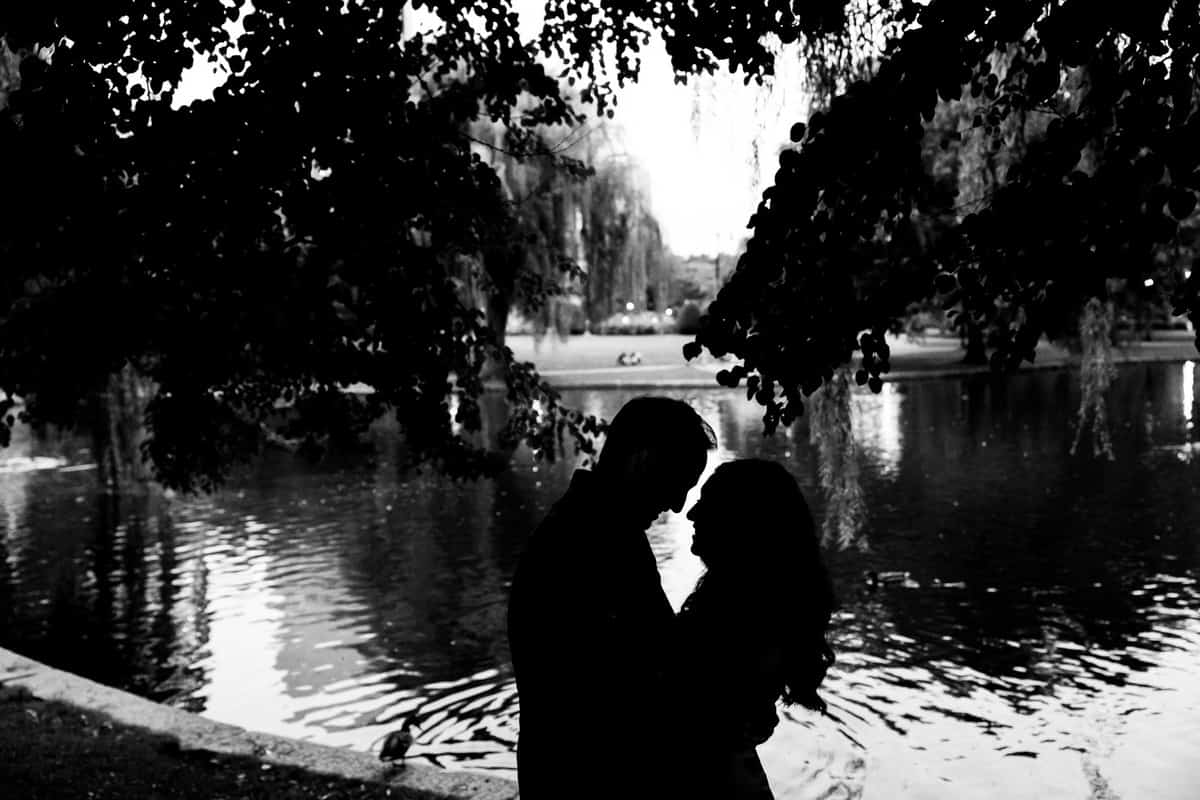 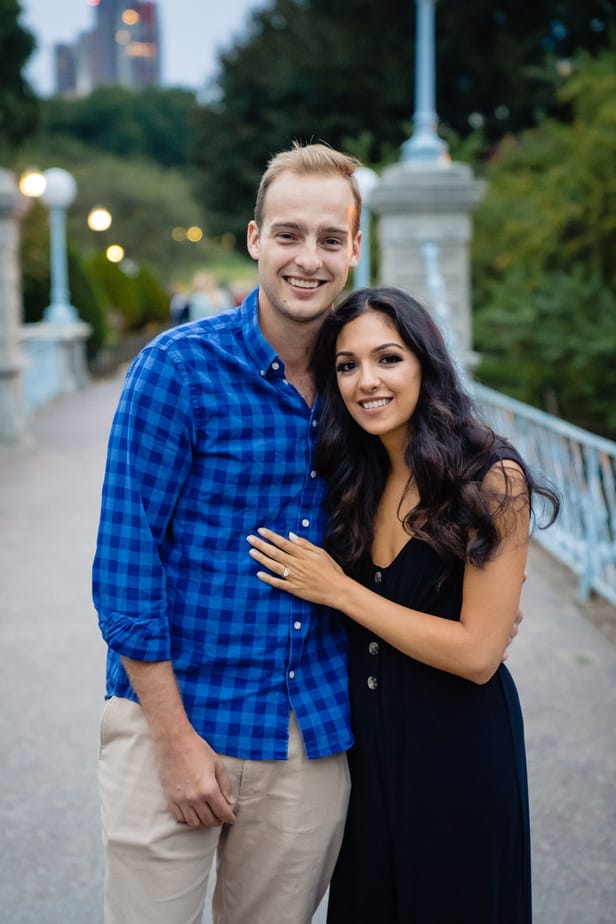 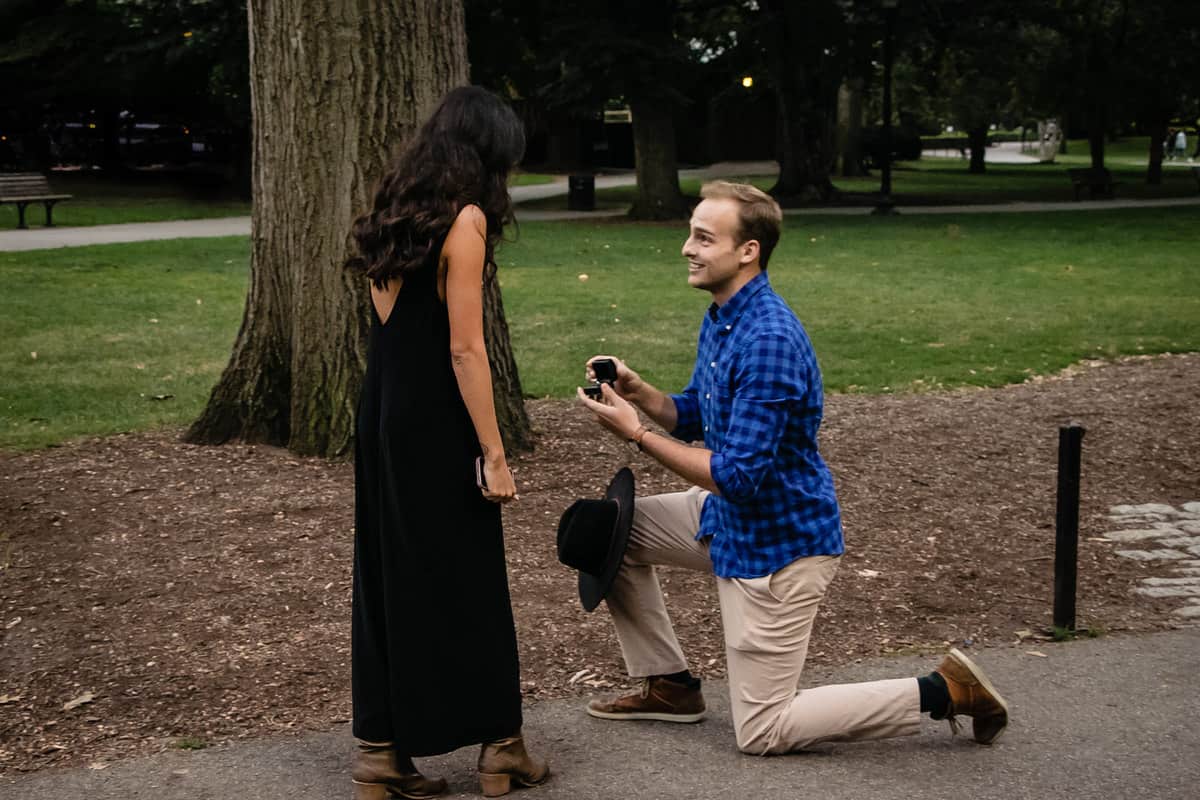 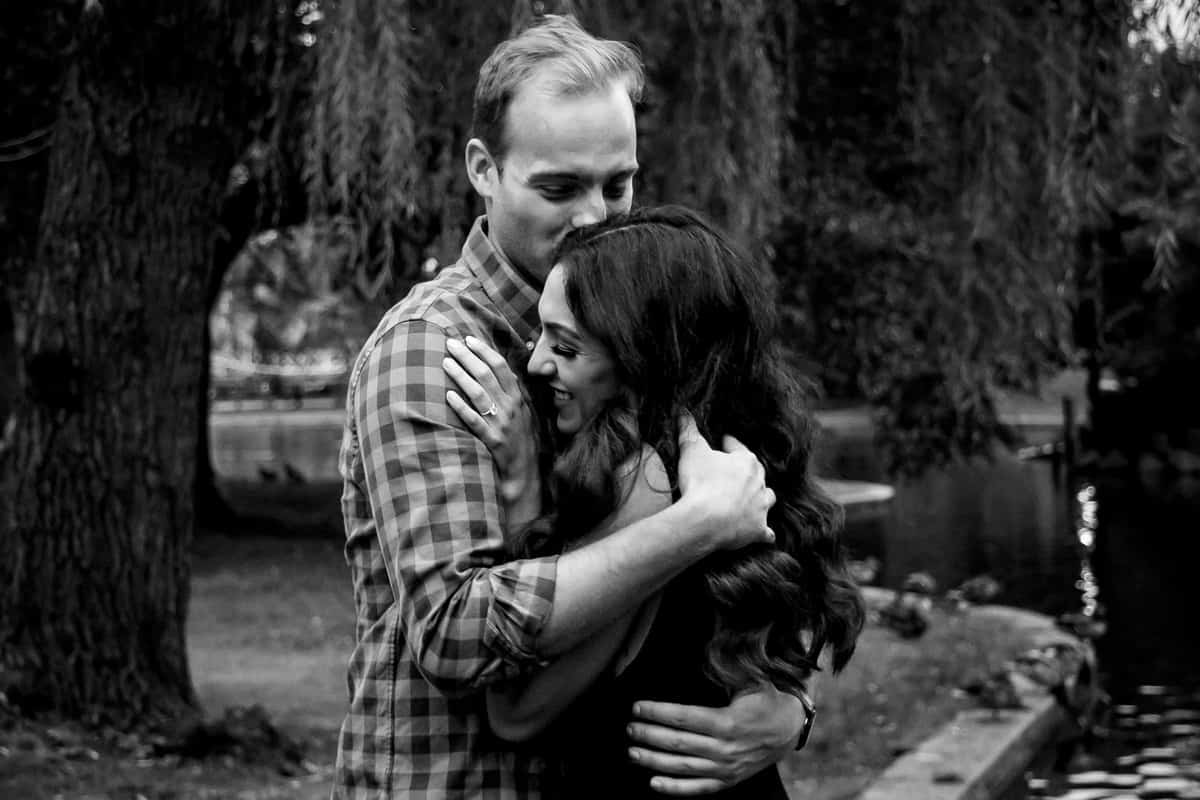 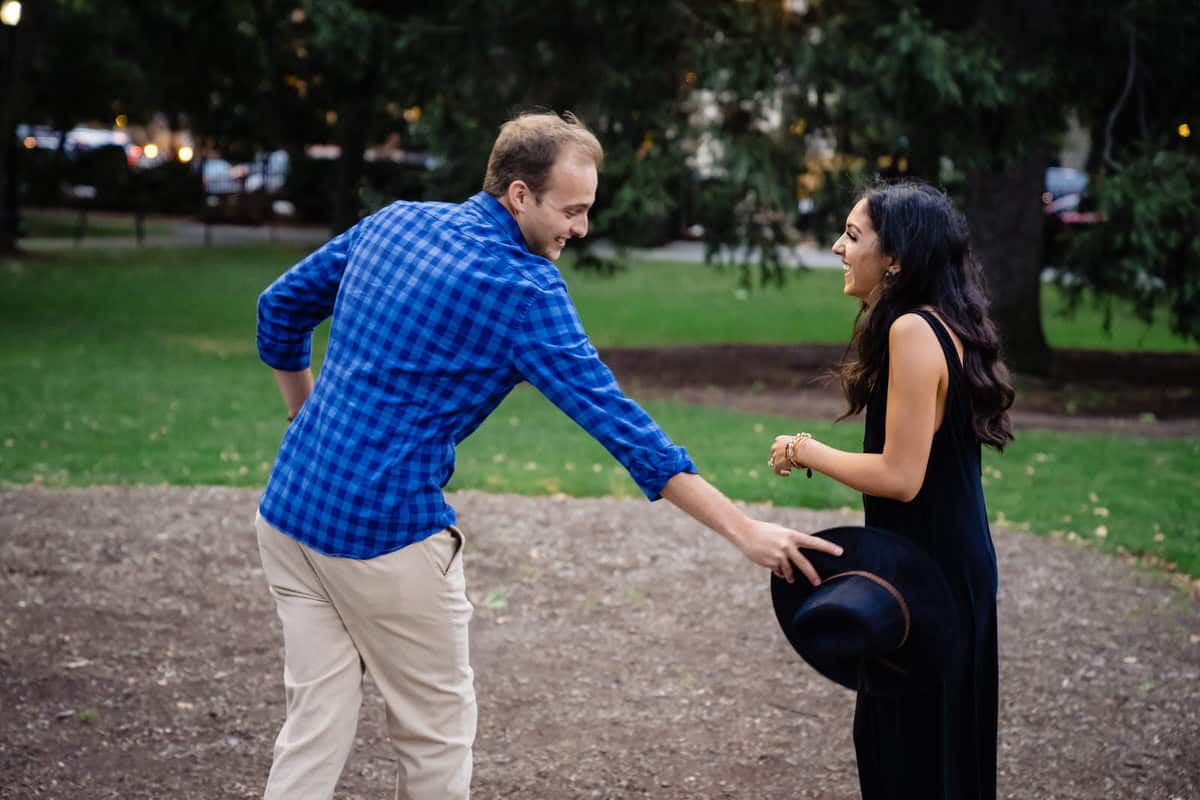 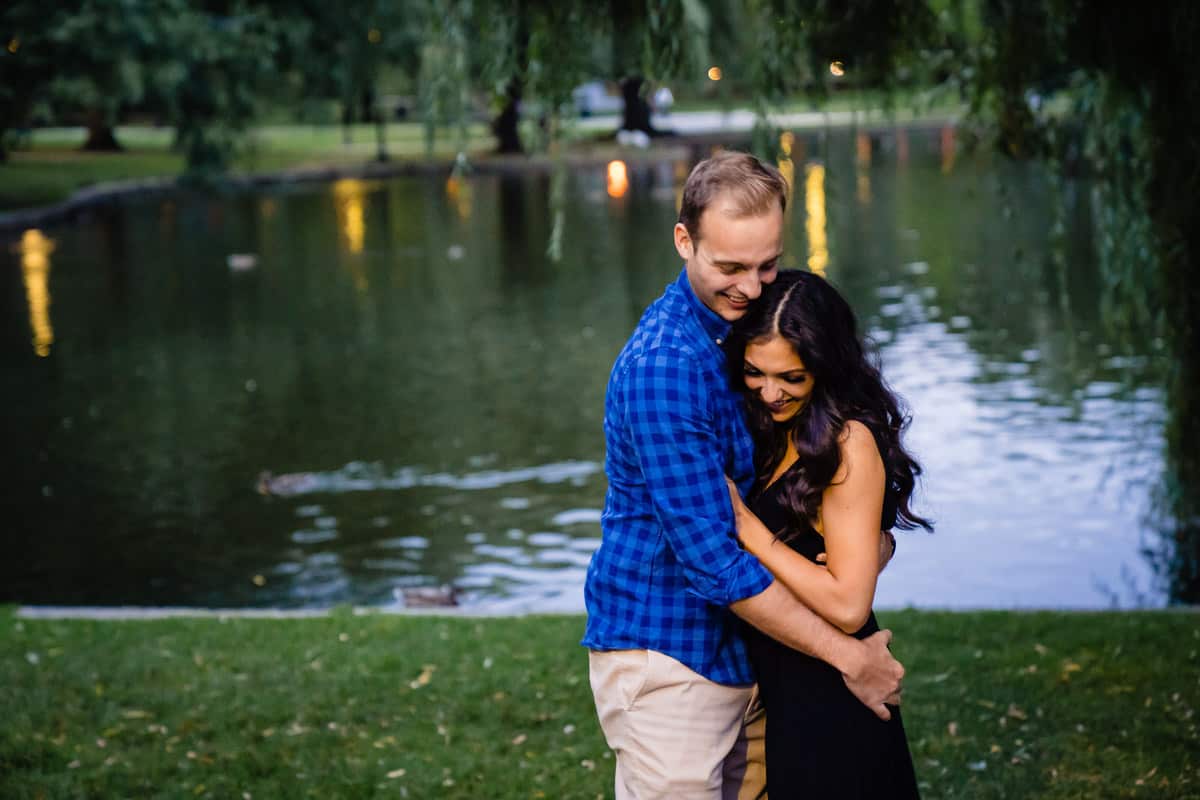 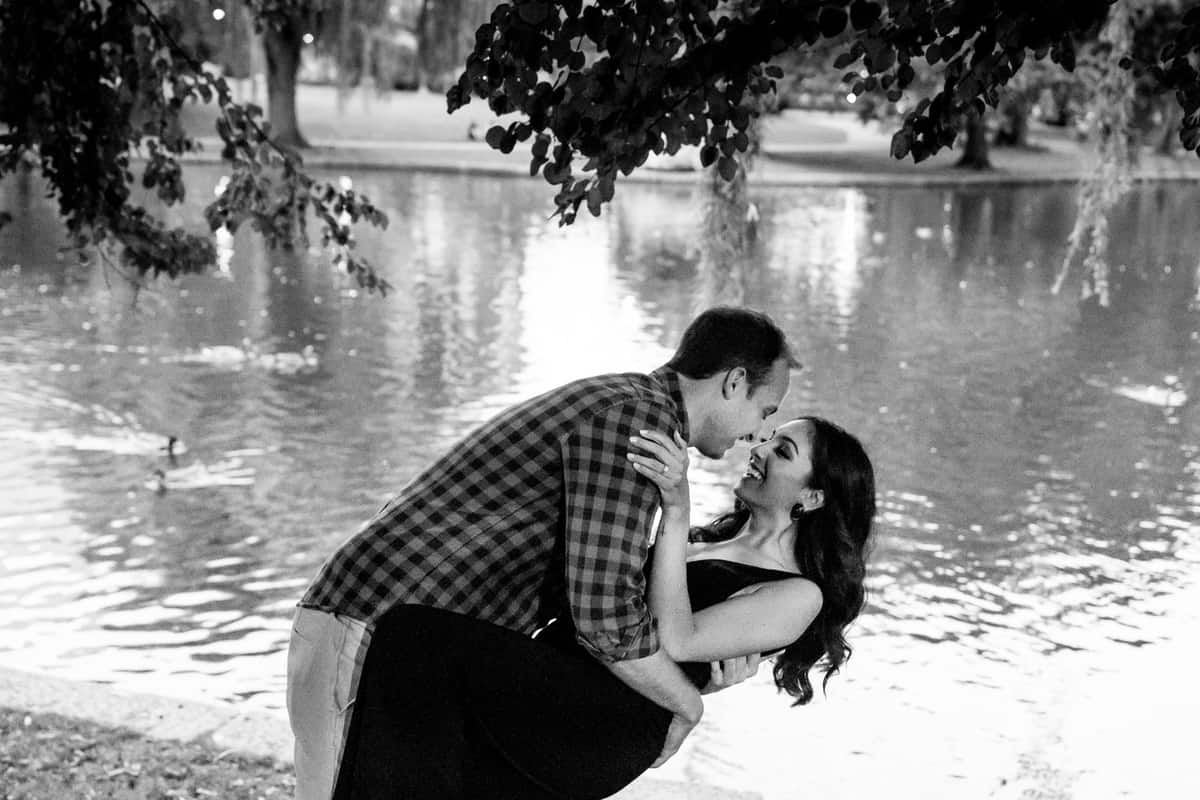 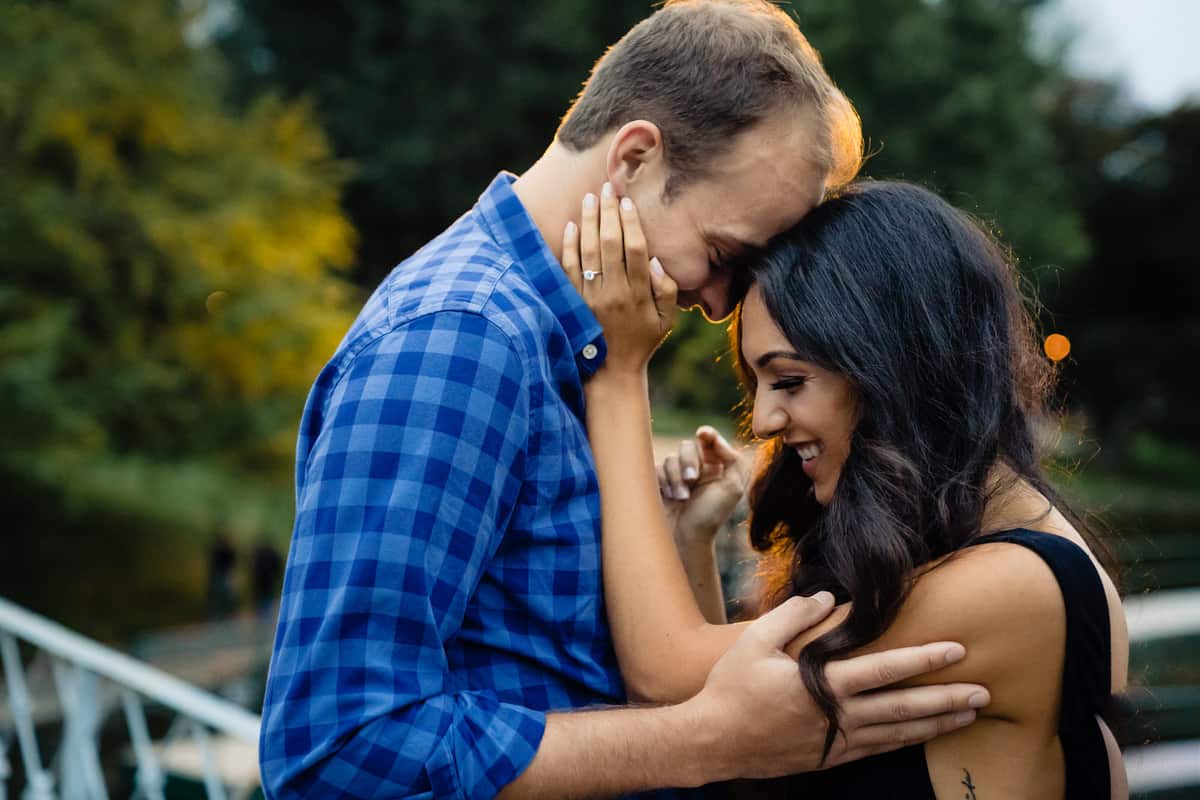 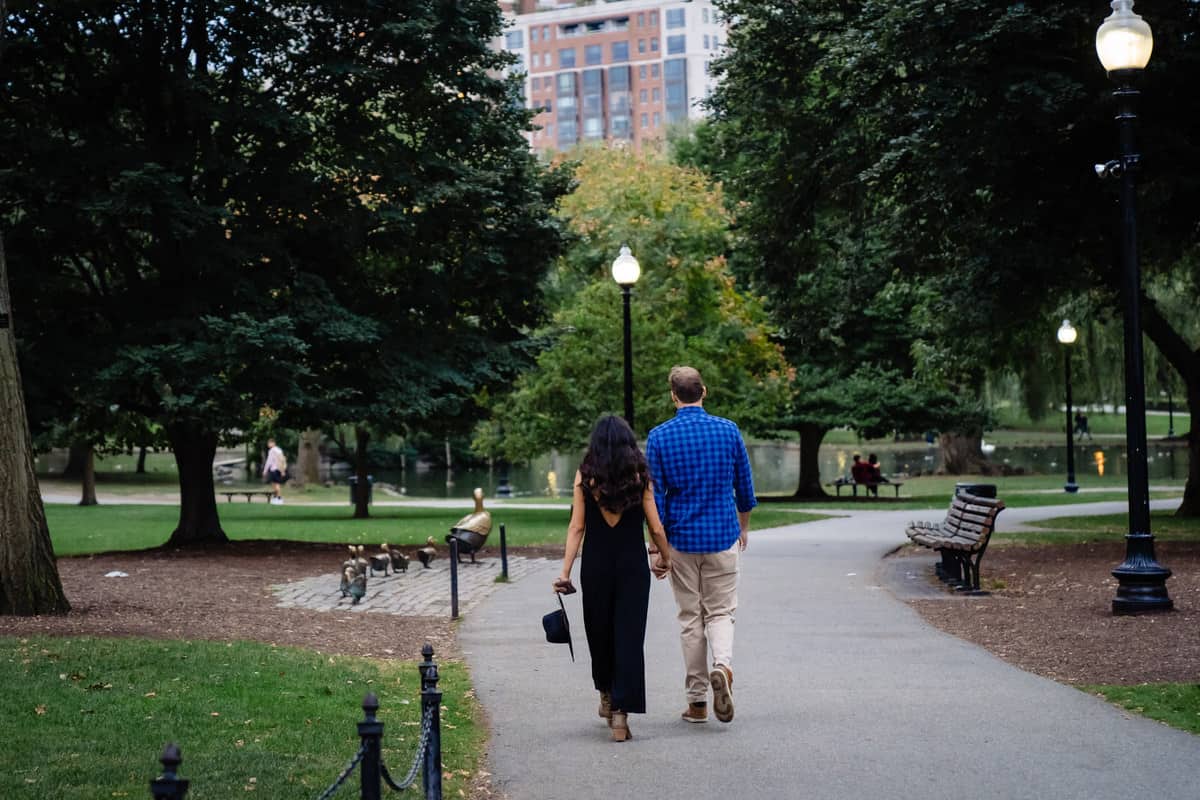 I had a blast photographing Matt and Nicole’s Boston Common Proposal!

Two years and eight months ago, Matt met Nicole. The two travel the world together, share desserts, run road races, and spend quality time with their dog, Charlie. On a fall day in Boston, Matt told Nicole that it’d be a great afternoon to go to the Boston Commons to take some updated photos for her company blog, Next By Nicole. Little did she know, I was hanging out outside the Starbucks that Matt and I had coordinated. I and my assistant, Phoebe, would start trailing them as they walked towards the “Make Way for Ducklings”. As Matt and Nicole passed the Starbucks, they stood waiting at the crosswalk. I had already seen Matt and Nicole from a couple blocks away, but he flashed me a big “thumbs up” signal behind his back, and from there, I started the “stay close… but not too close” game.

The best part about this story is Nicole said, “Matt, if you’re not proposing to me, don’t take me to the ducks”. I can’t even imagine what was going through Matt’s mind at that moment, as hehid  the ring box in his pocket. 🙂

Matt and Nicole, I am overjoyed for the two of you. Thank you for letting me share this special moment with you. Congratulations. 🙂