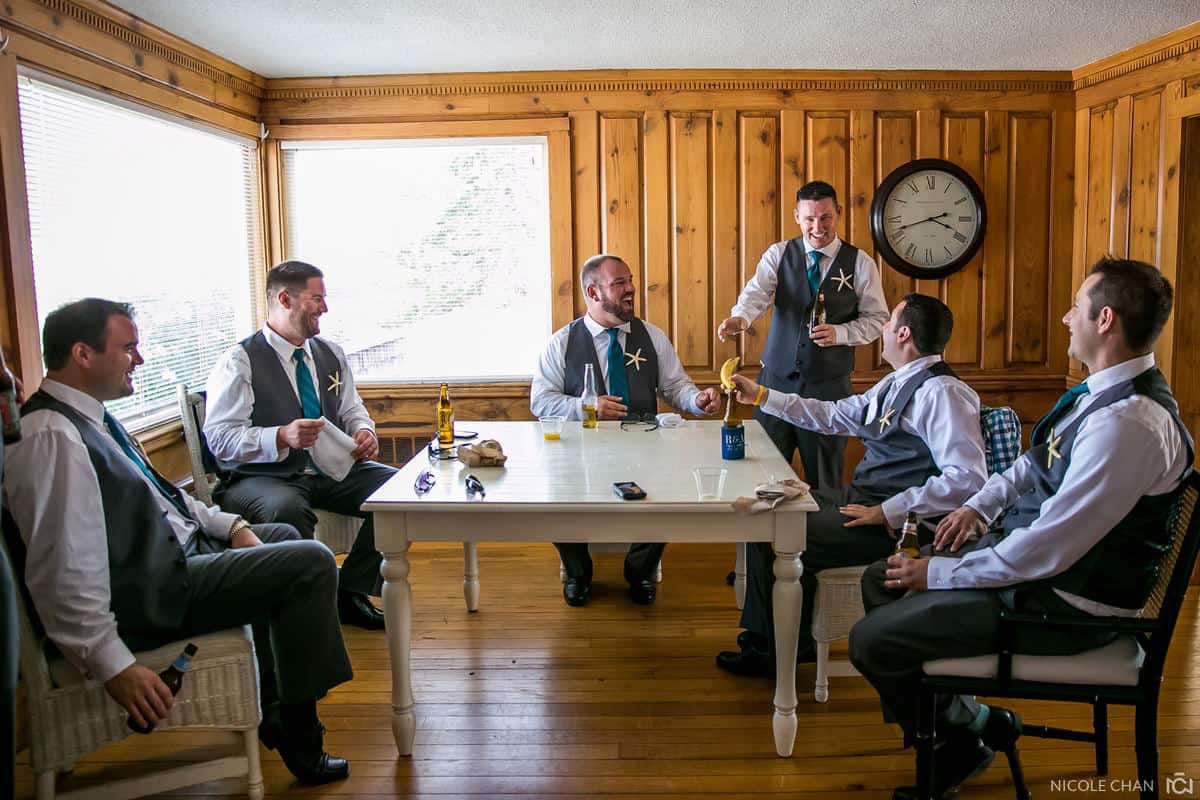 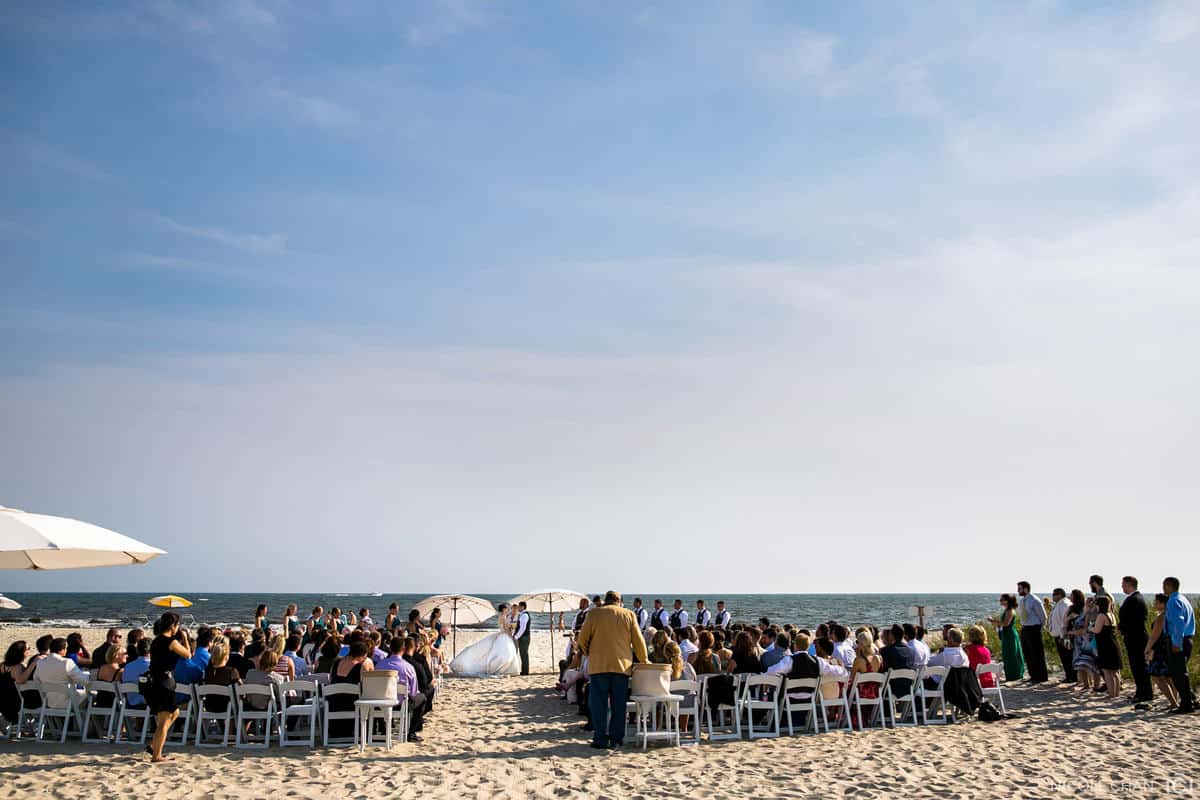 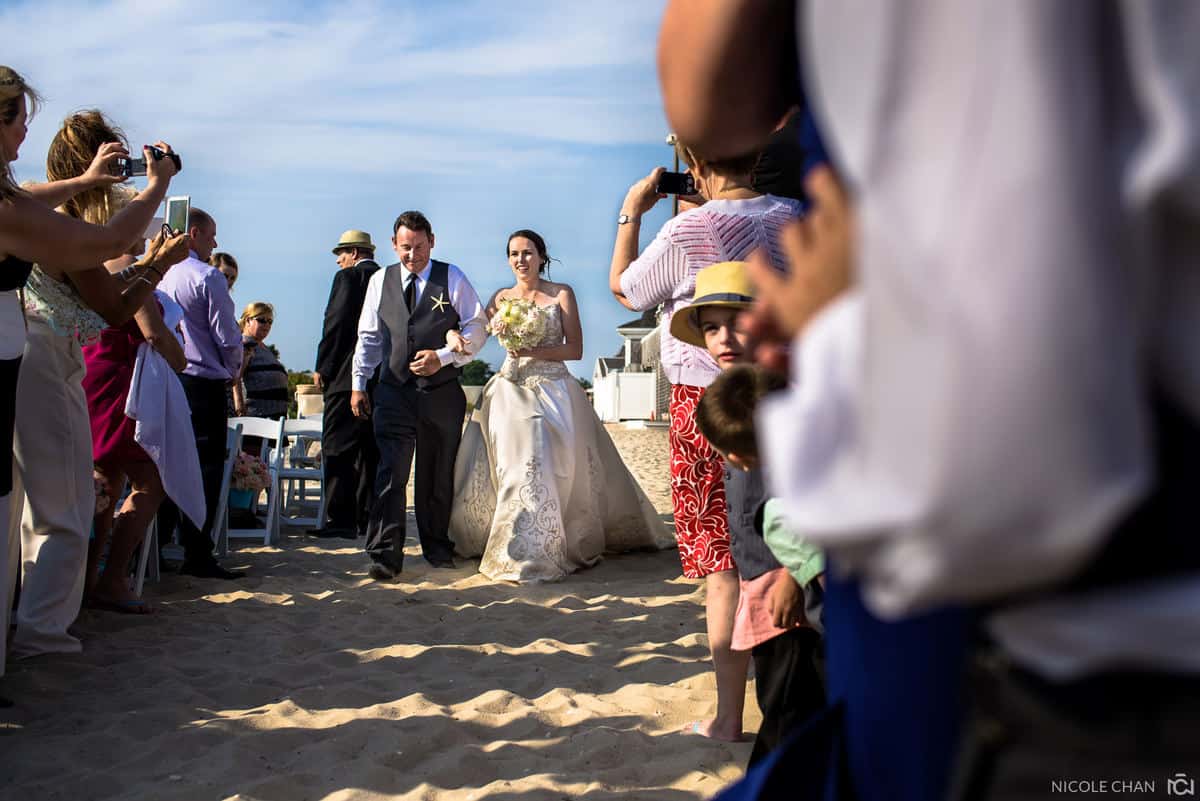 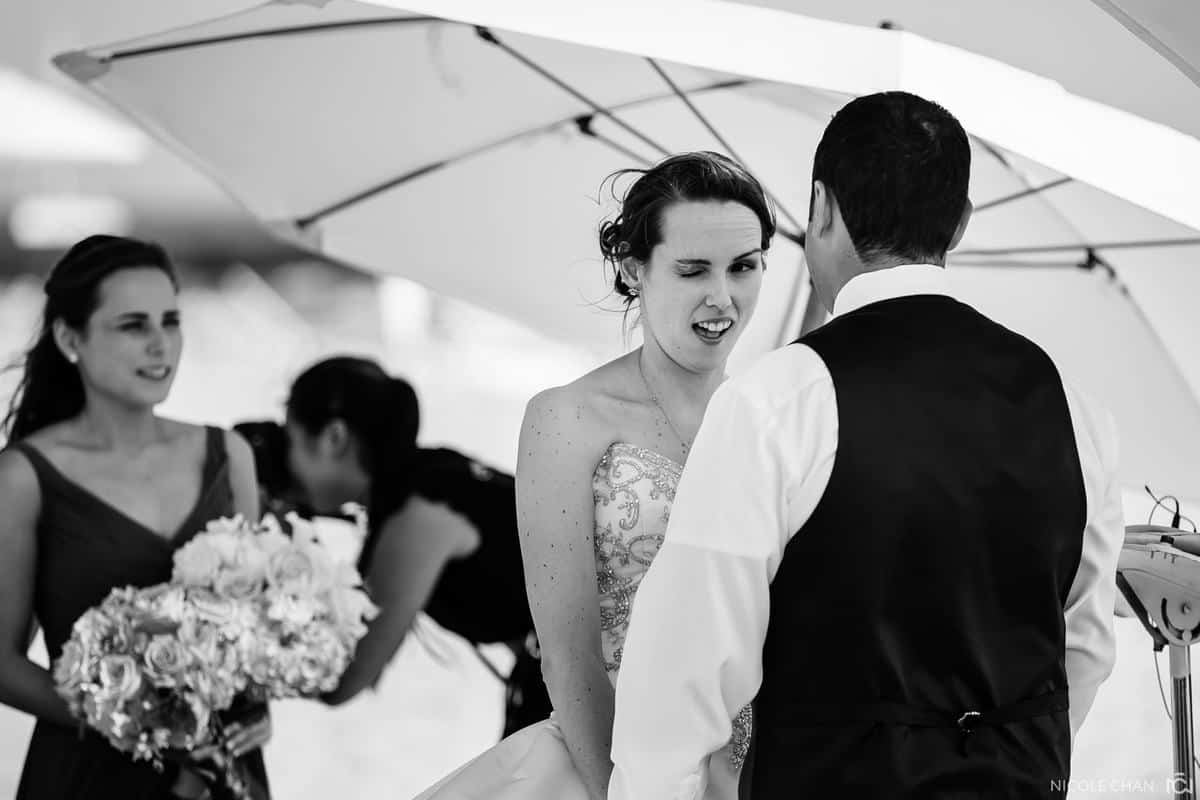 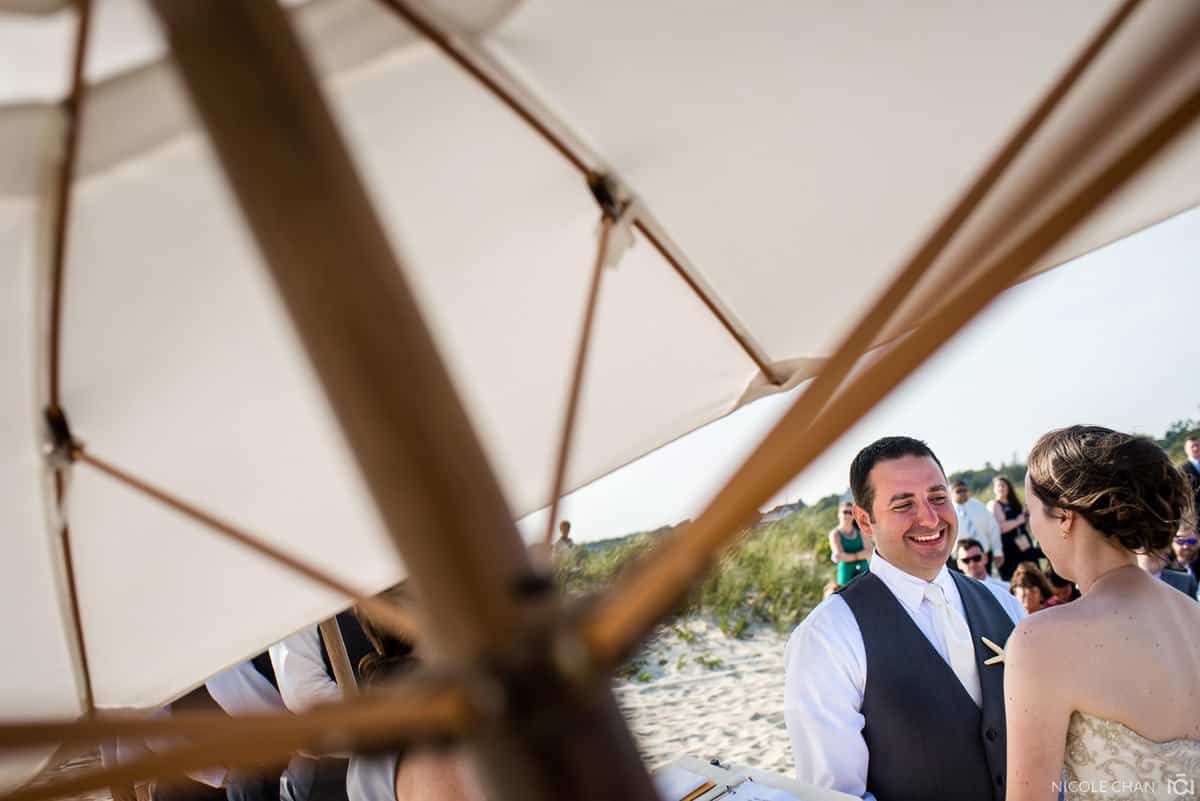 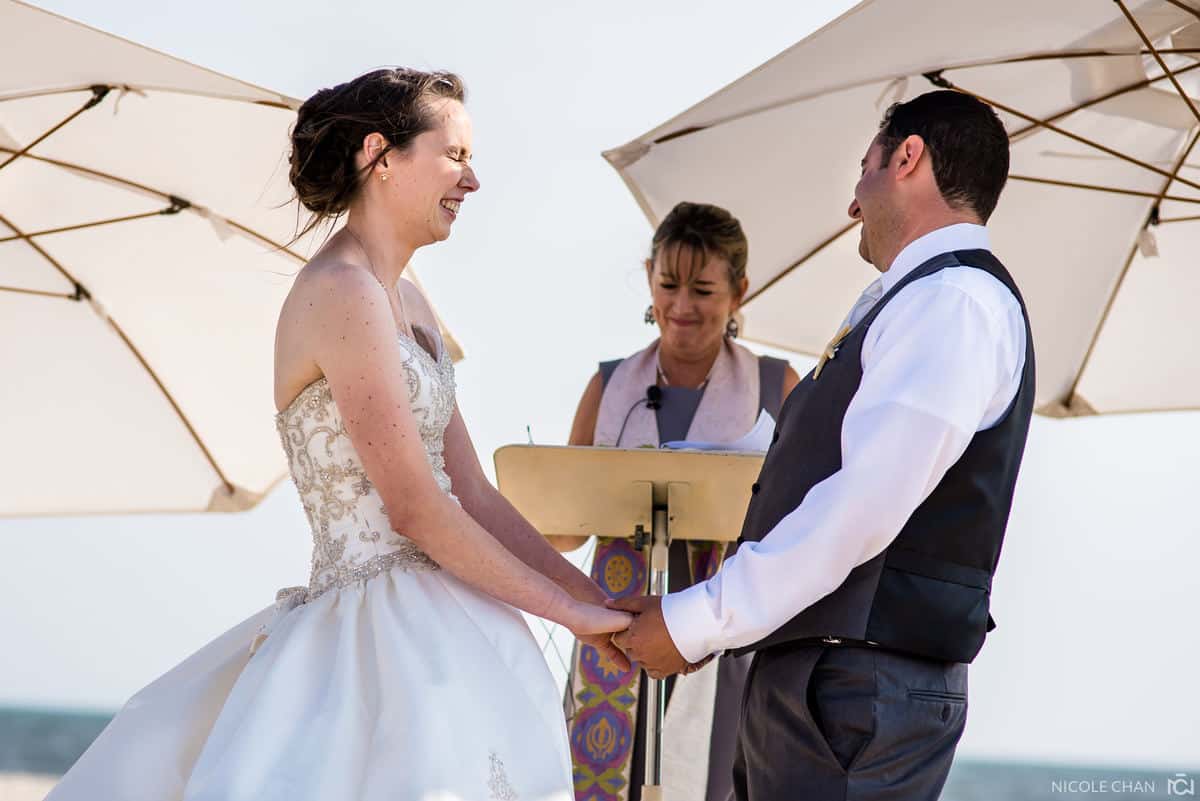 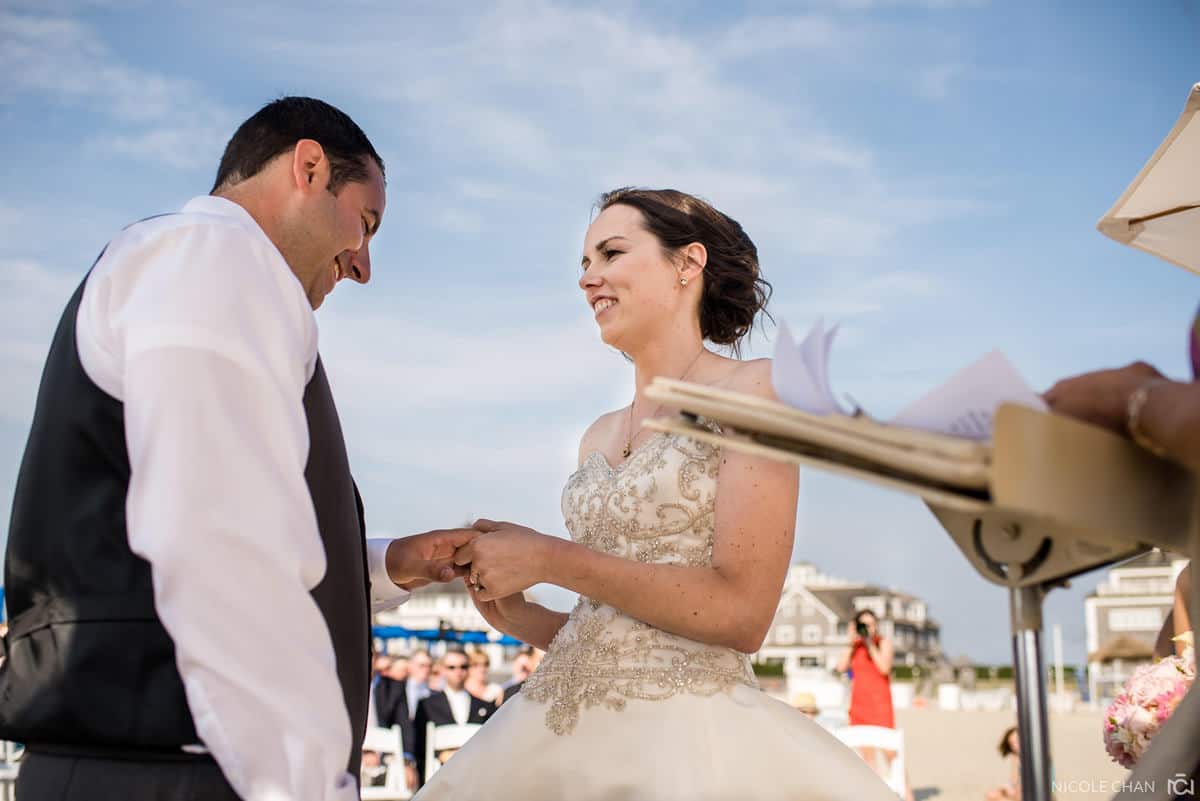 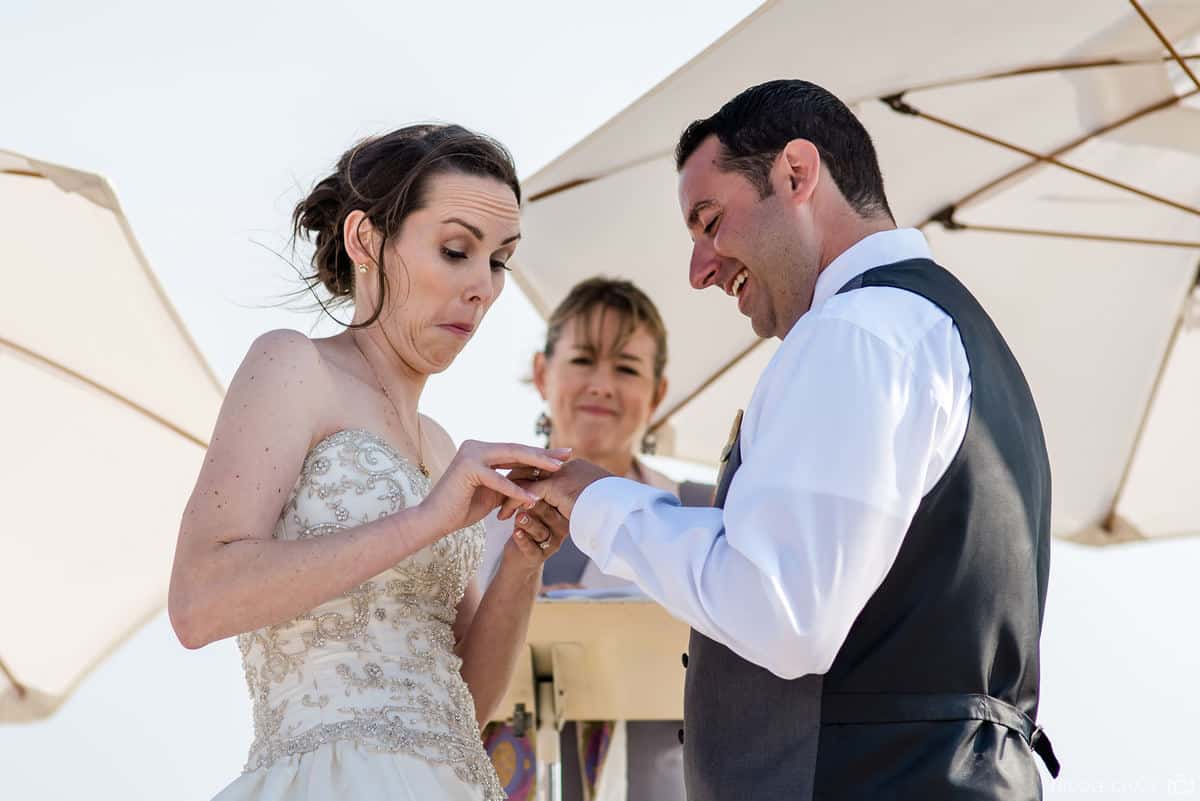 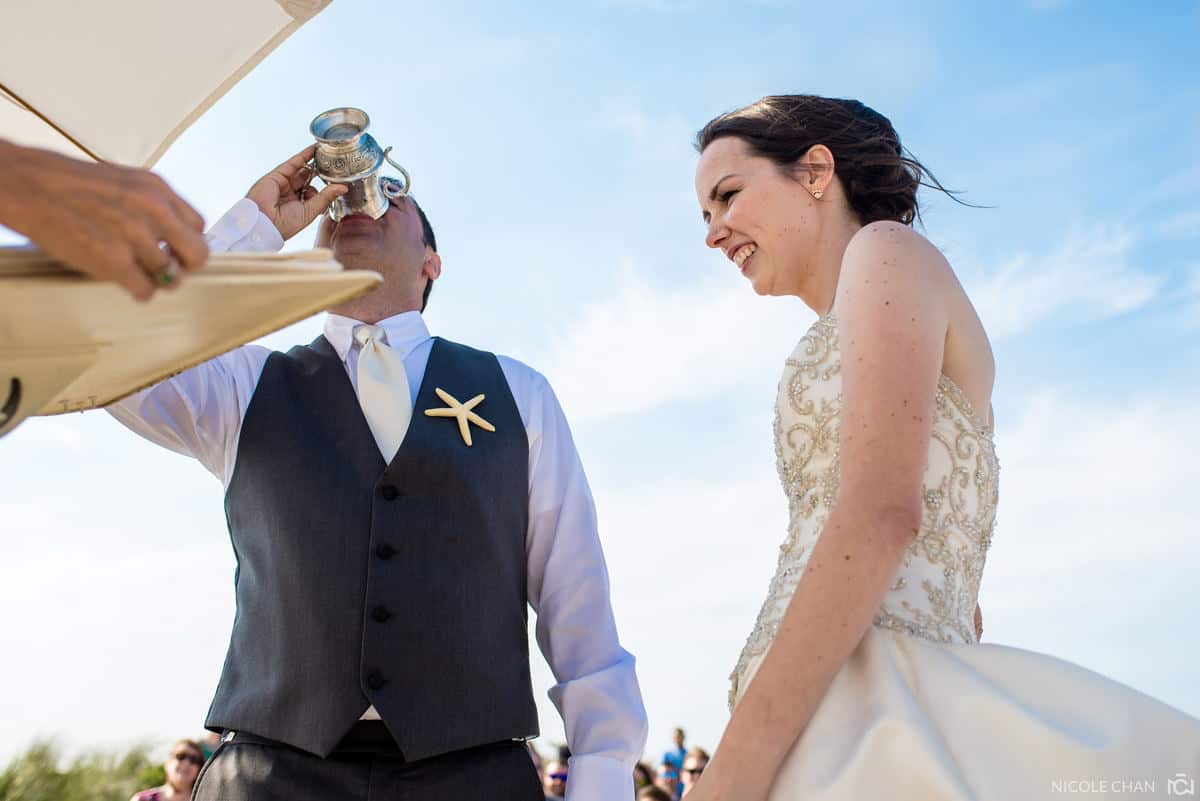 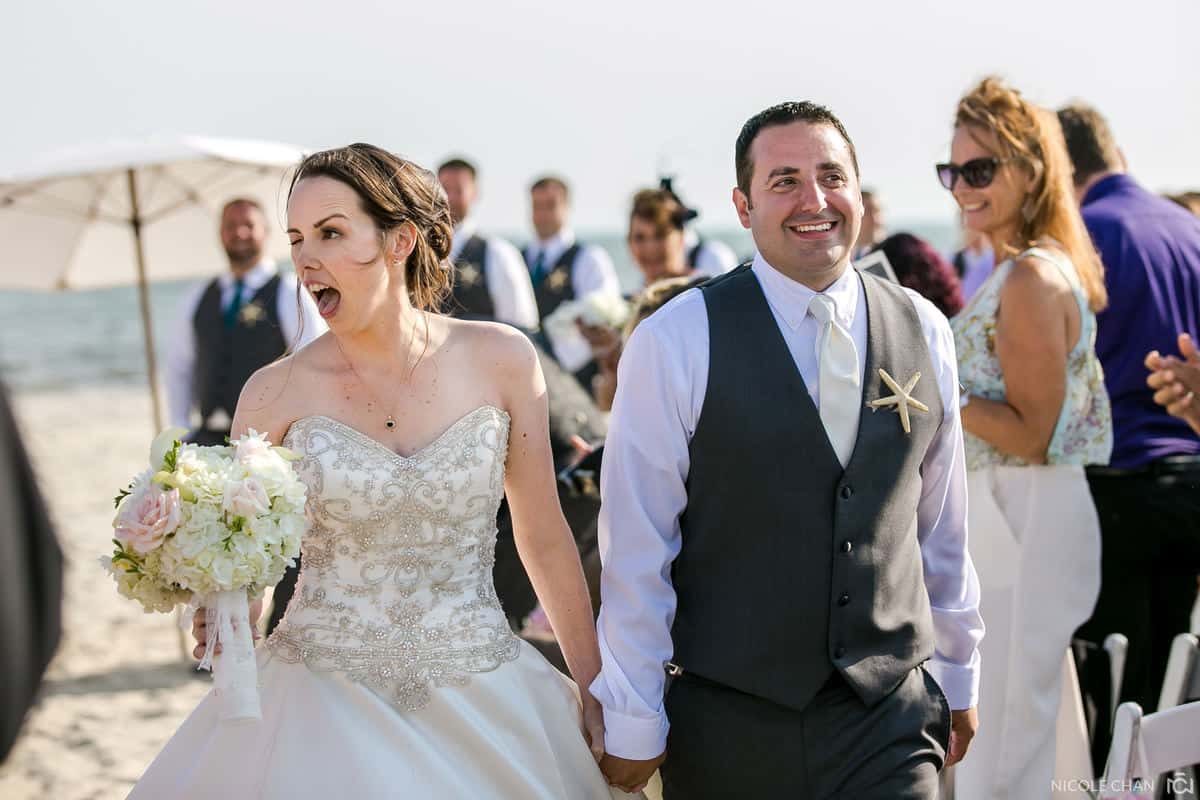 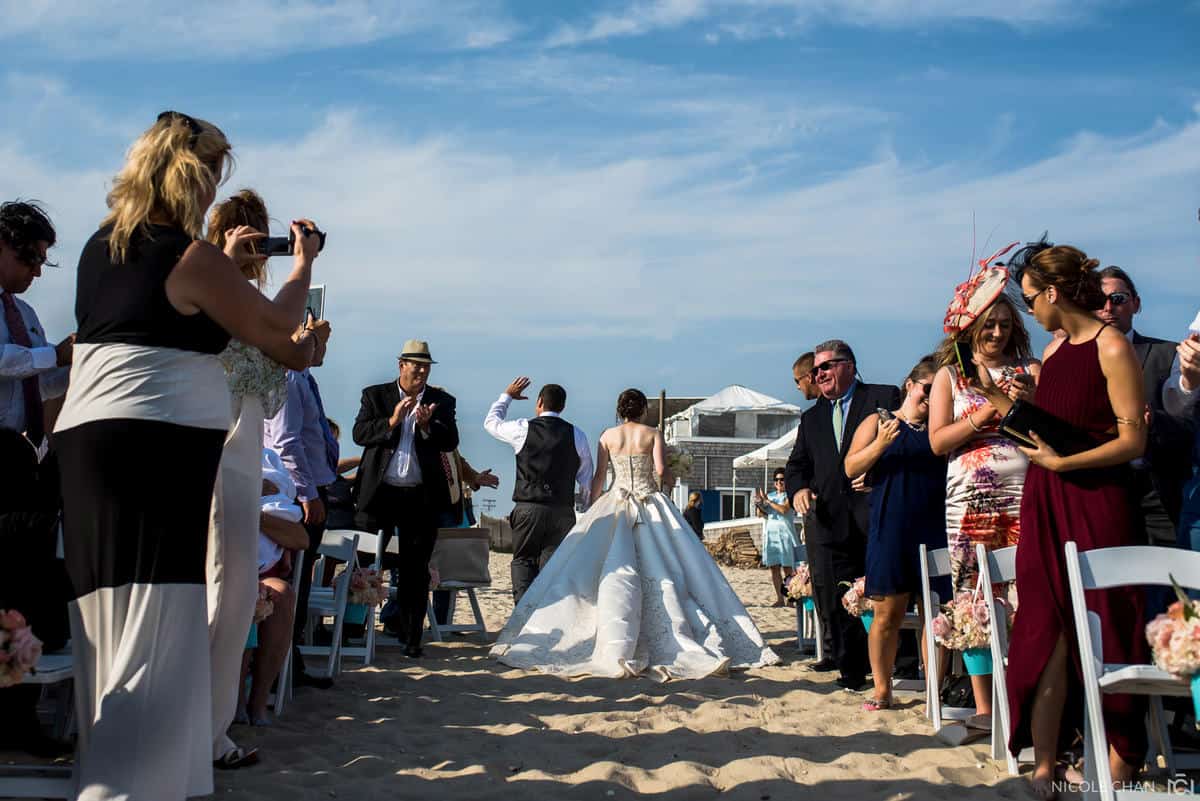 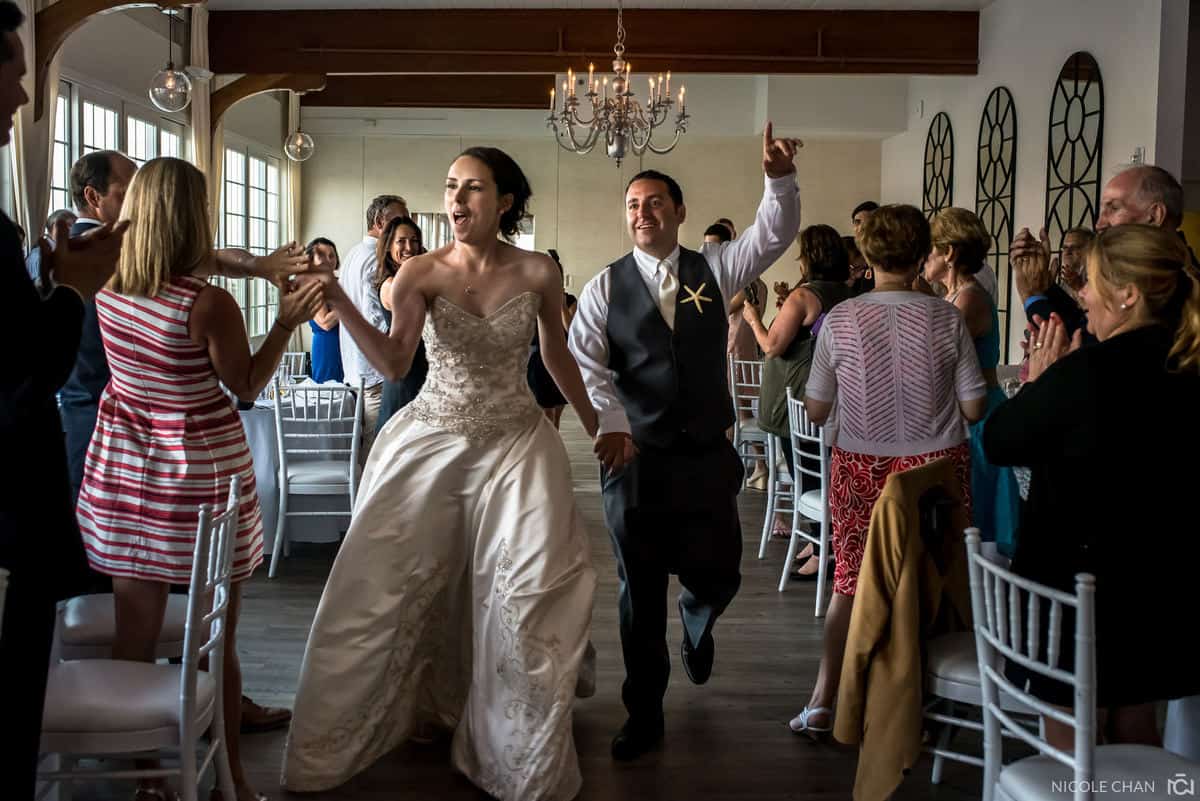 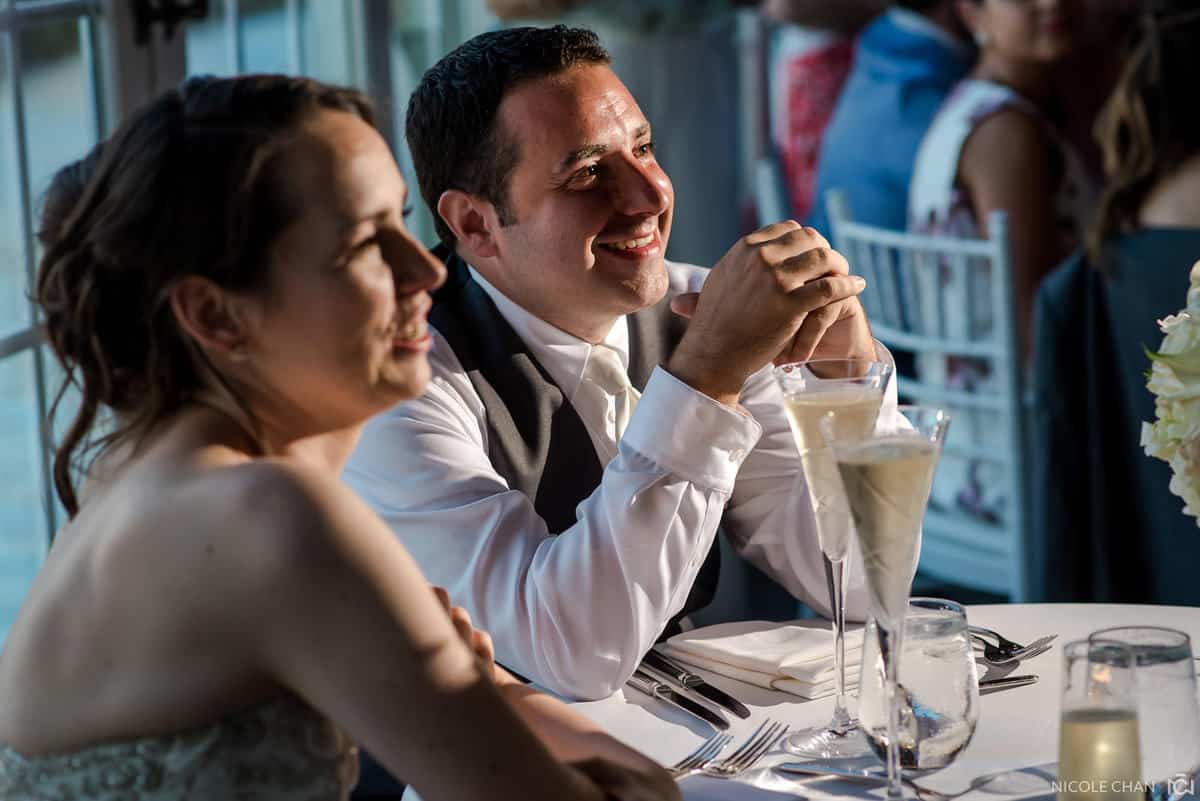 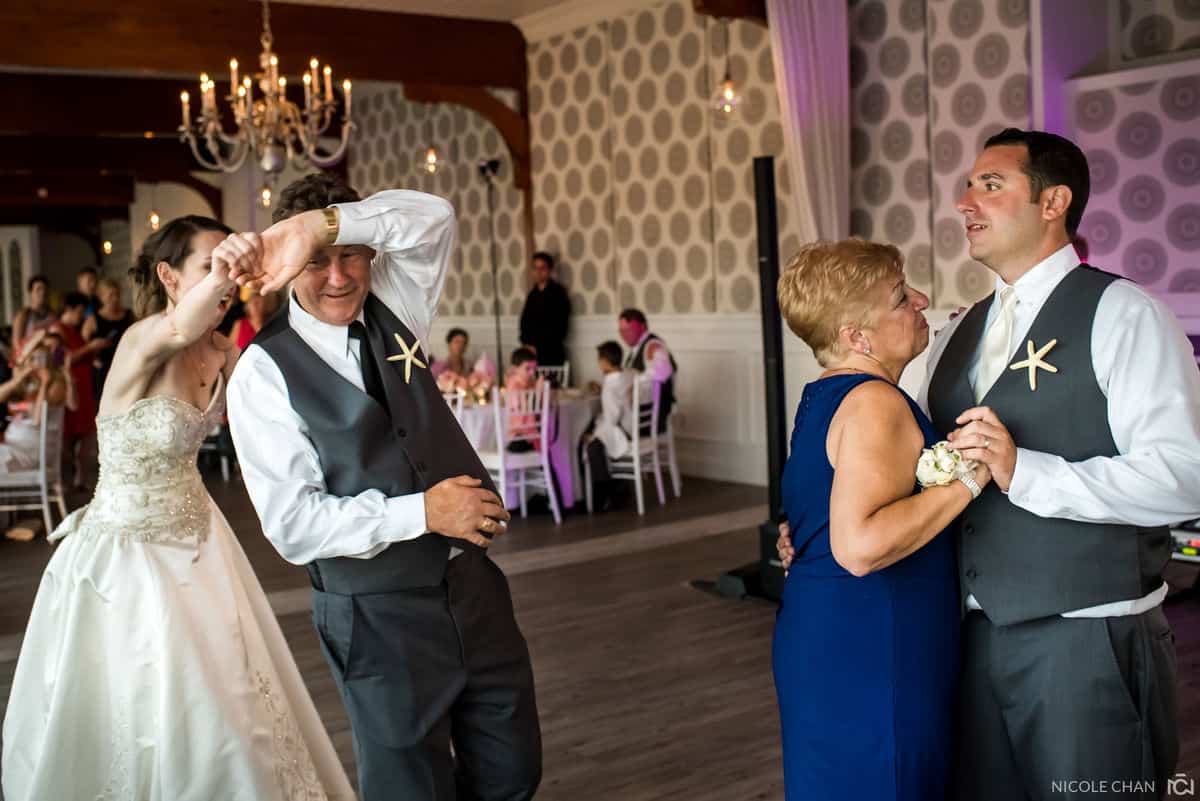 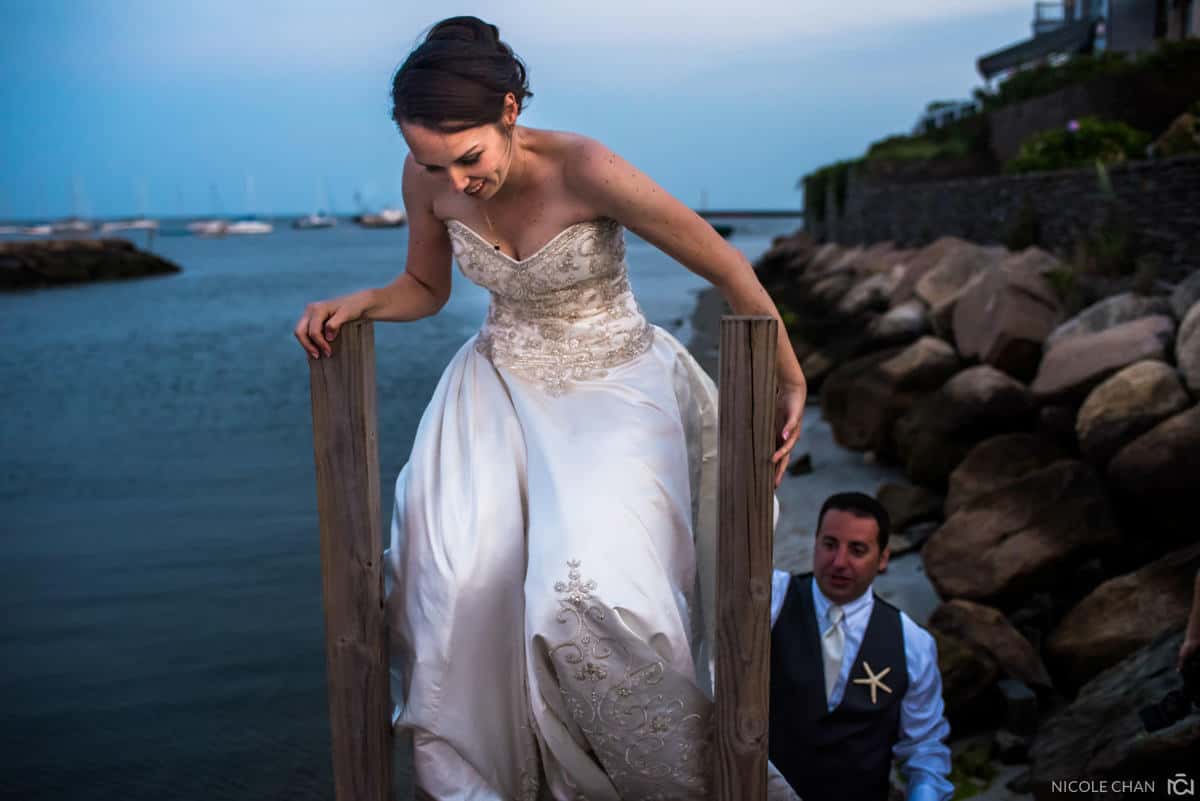 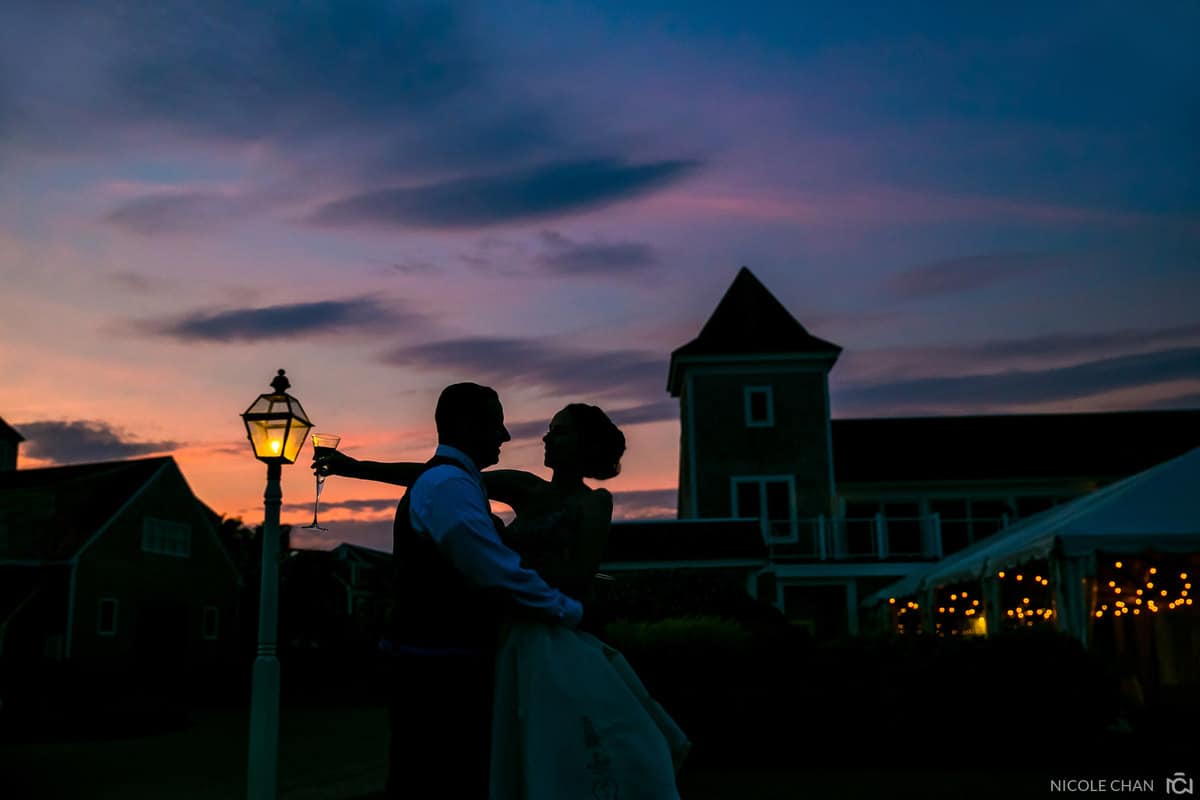 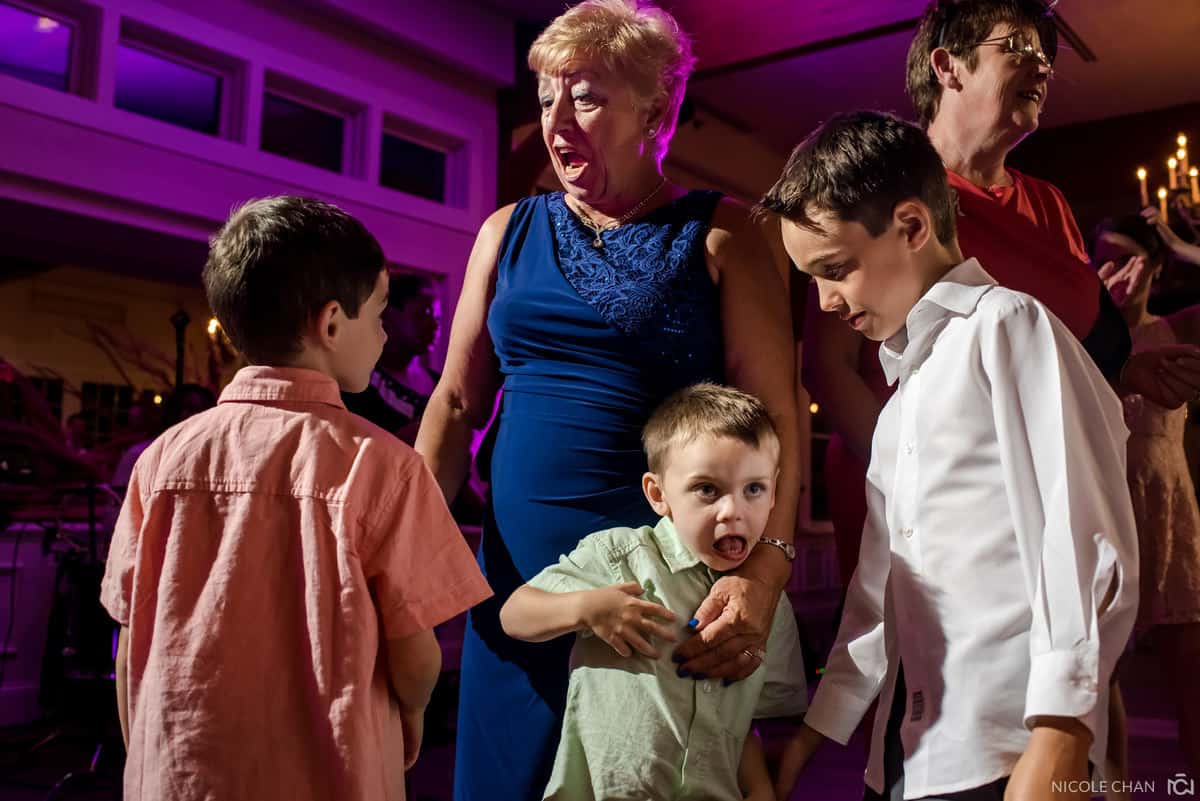 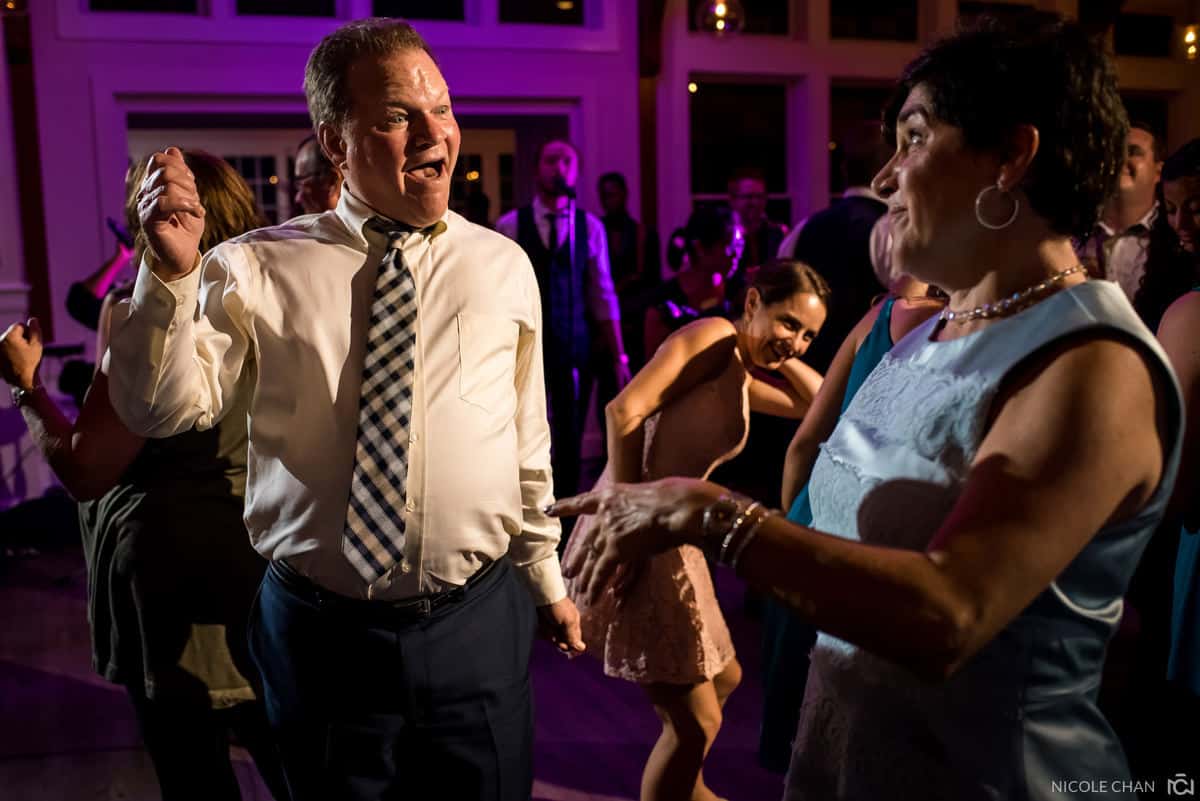 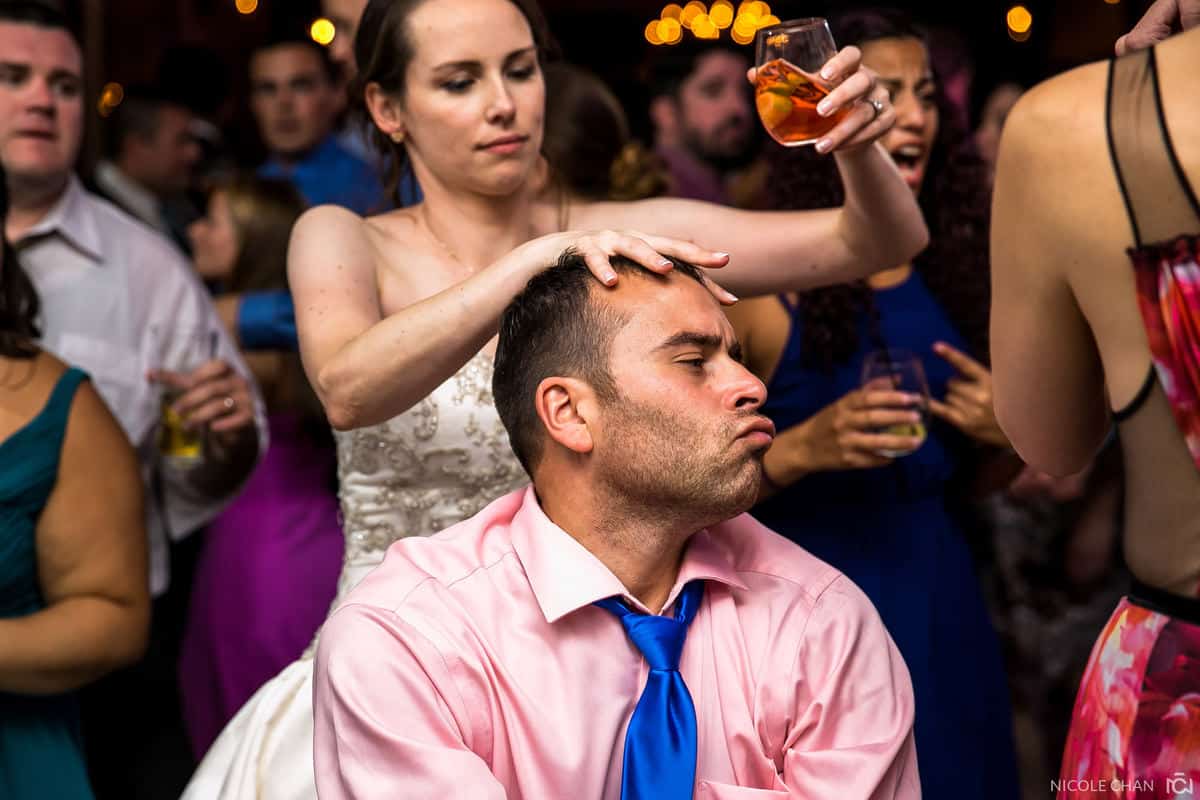 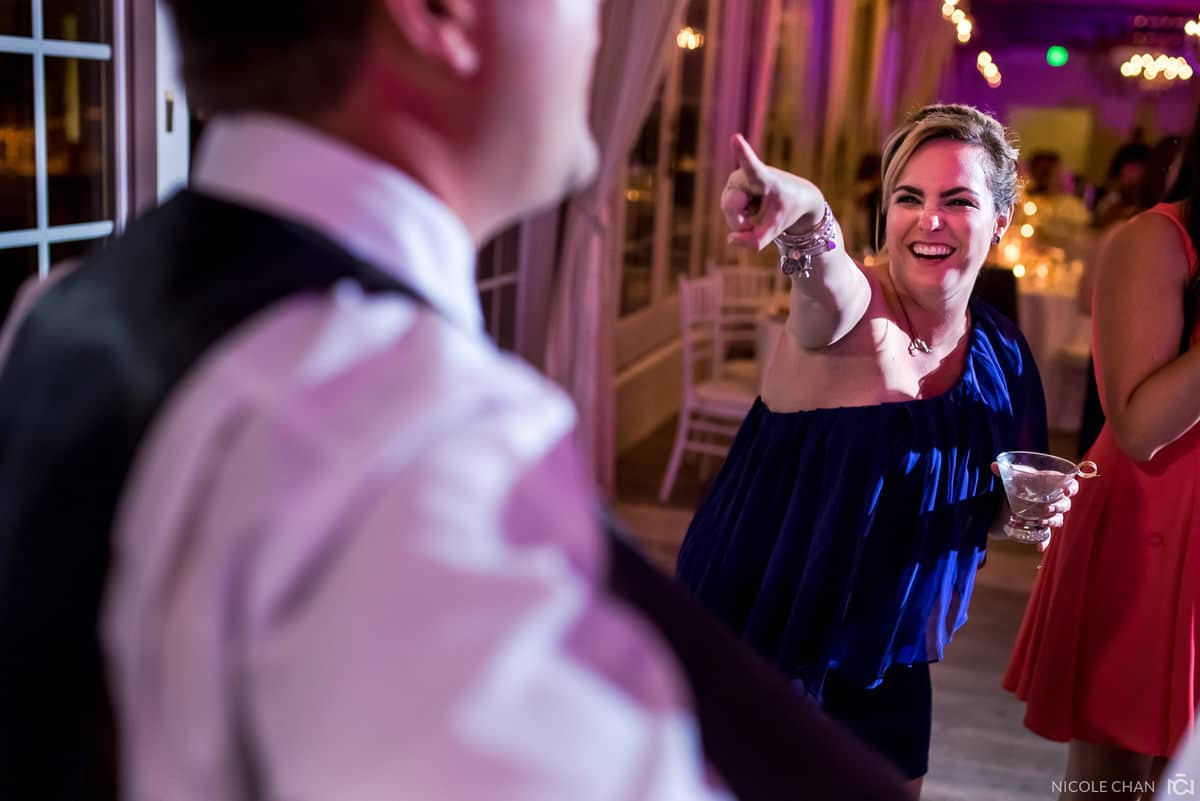 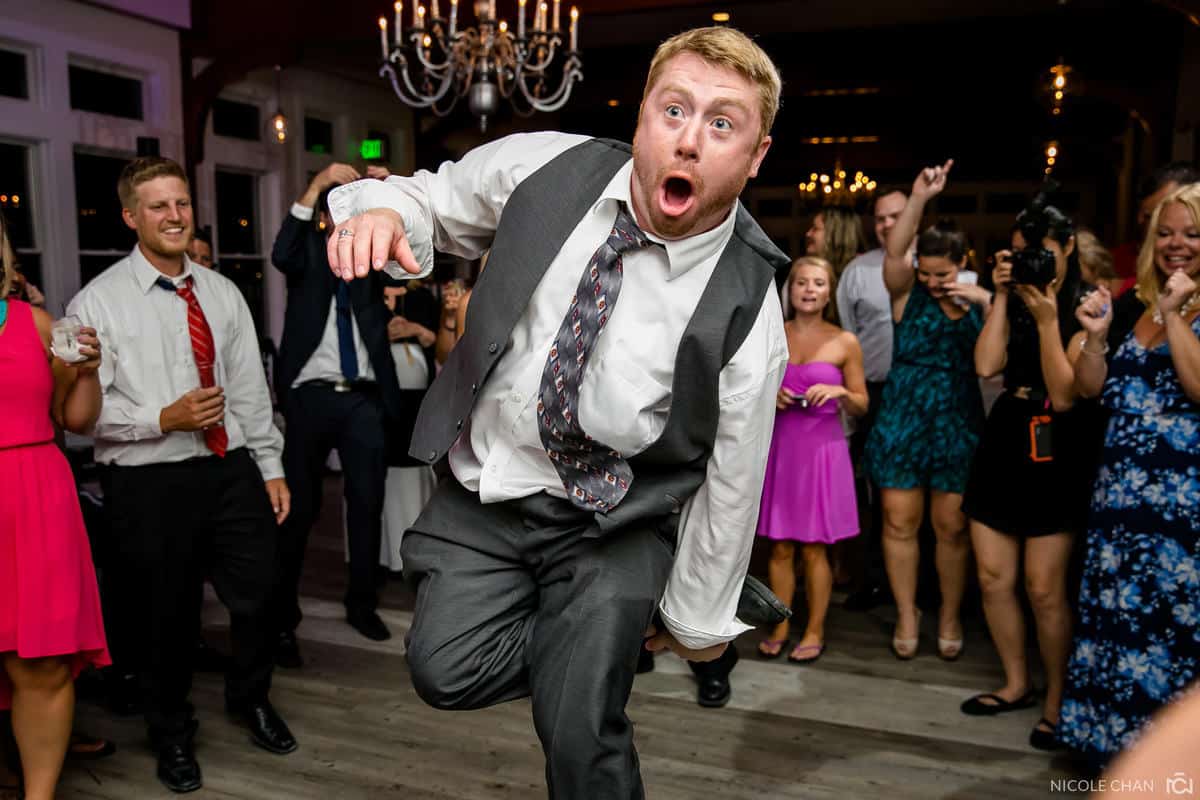 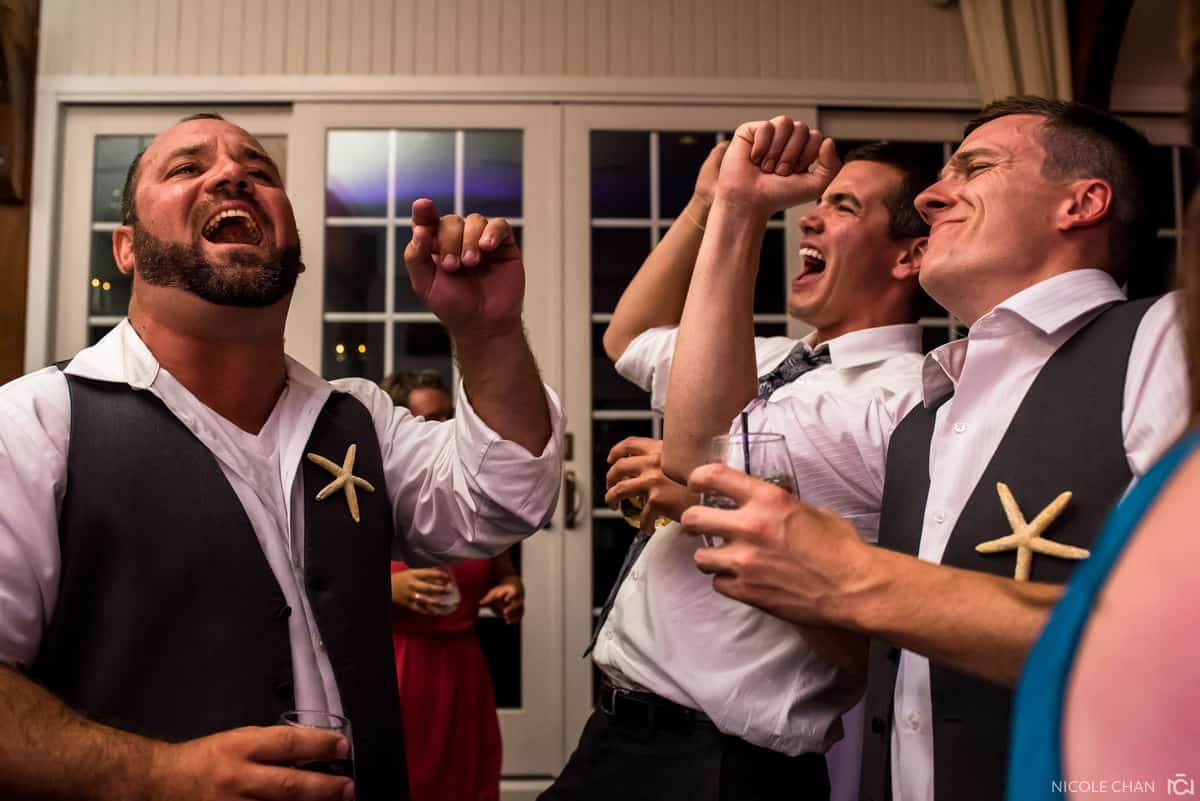 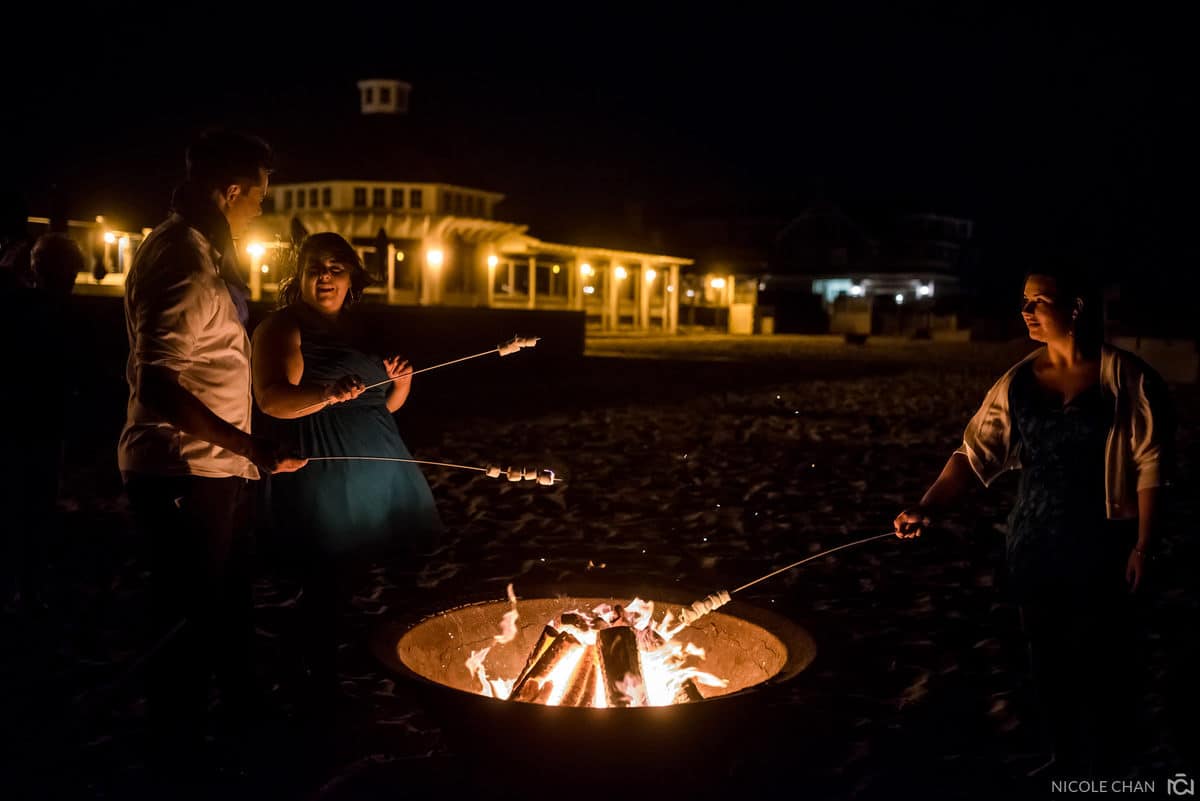 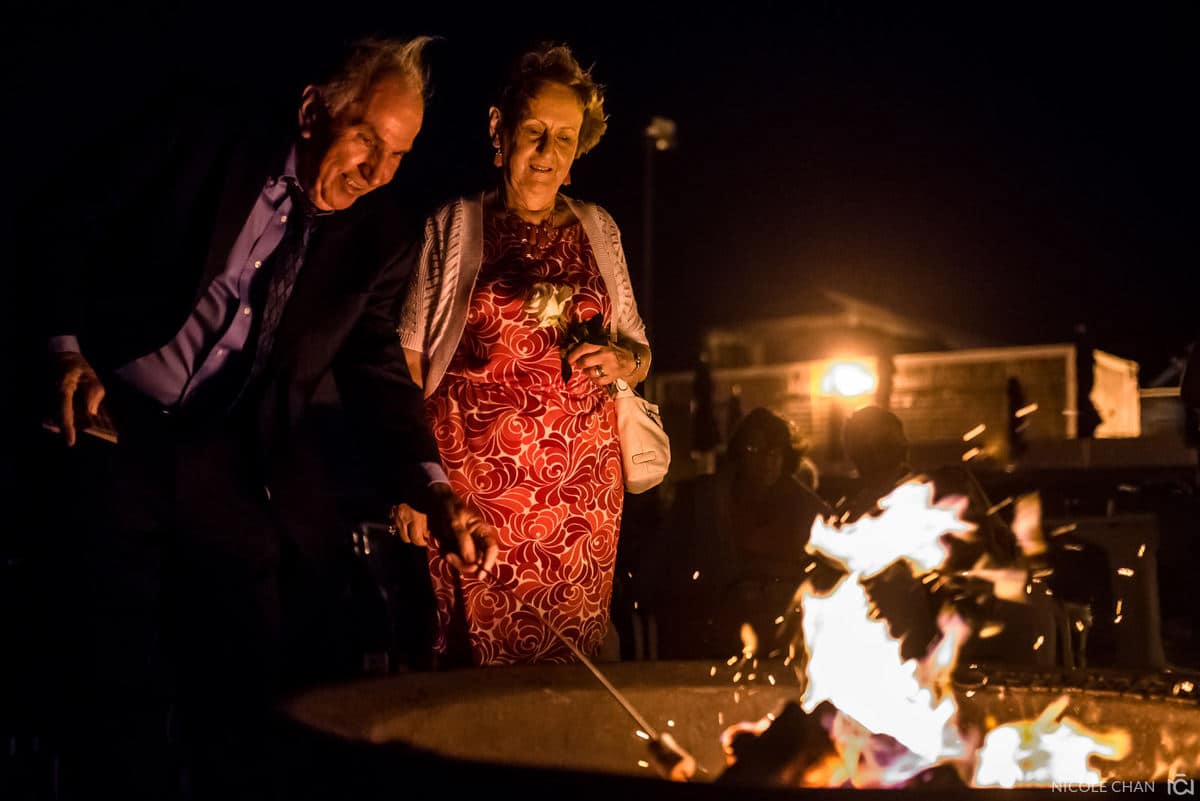 Ashley and Ryan knew they wanted an awesome party. Their friends brought the energy, the laughs and the intense breaking-it-down dancing! Ashley, to me, was a professional bridesmaid. She was in the bridal party in every single one of her bridesmaid’s weddings – EIGHT. We joked that she was going to have her bridesmaids wear the bridesmaids dresses that they had picked out for their own girls.

The two met while playing beer pong during on of her friend’s Christmas parties. Both being very casual and laid-back personalities, they connected during their first date at a Boston Bruins game.

Their Wychmere beach wedding in Harwich Port MA was awesome. It wasn’t because of the beautiful weather or picturesque private beach scene, but how together Ashley and Ryan felt. The two goofed off during their ceremony. They emphasized fun, and Ashley was excited at wearing her dress, but was completely nonchalant about getting the dress a bit dirty. After all, if the gown isn’t a bit dirty, it means you didn’t have enough fun on your wedding day! Their day ended with a s’mores bonfire on the beach – complete with giant marshmallows and extra long sticks.