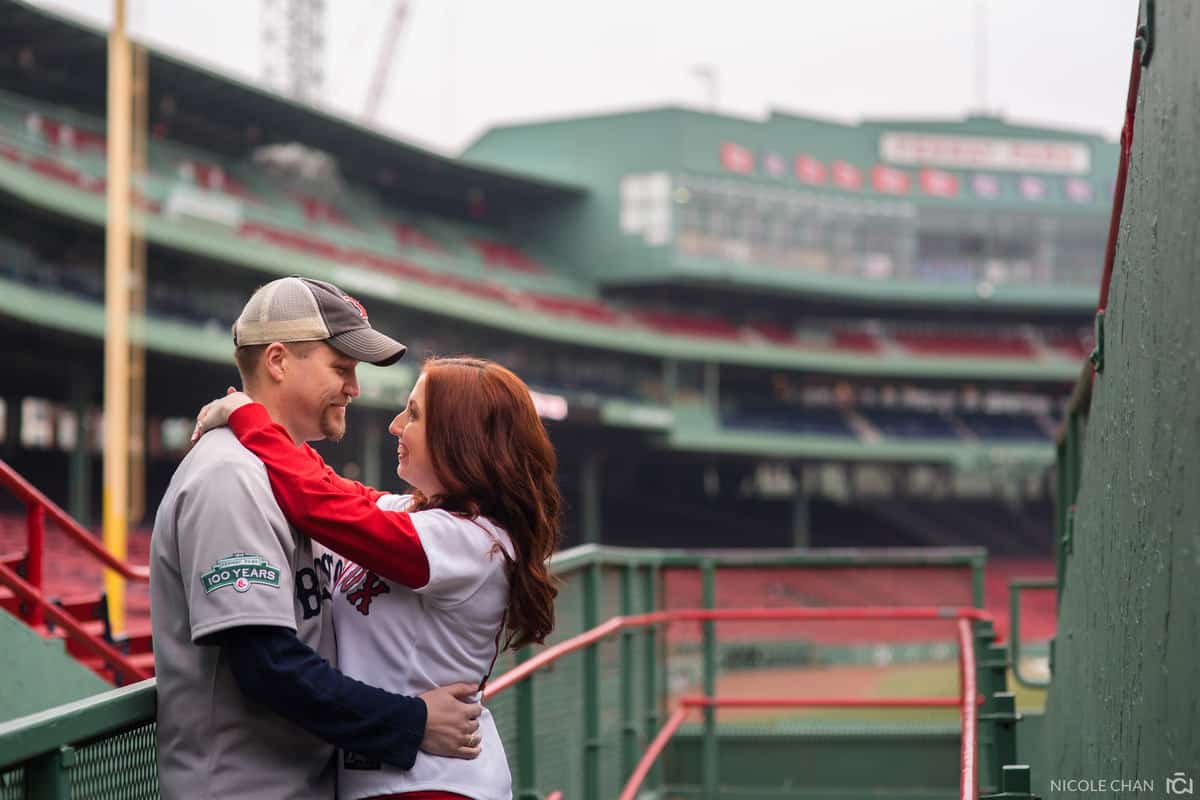 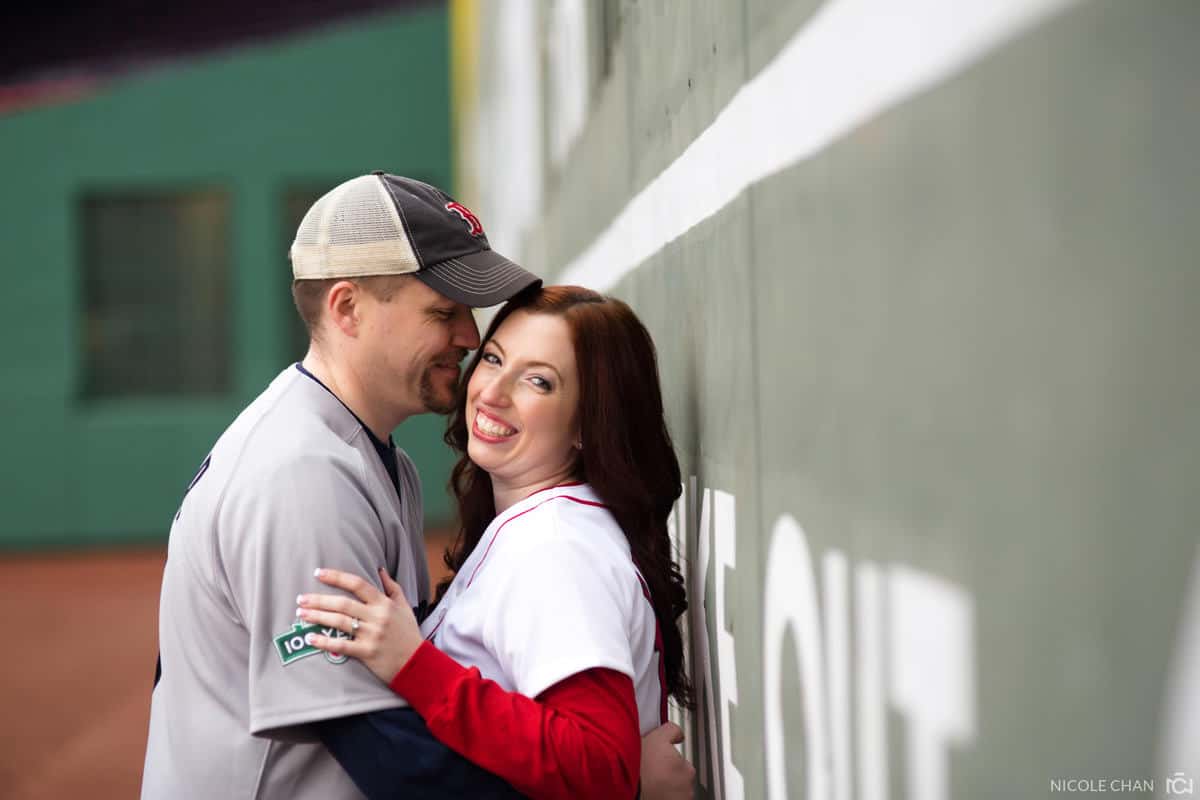 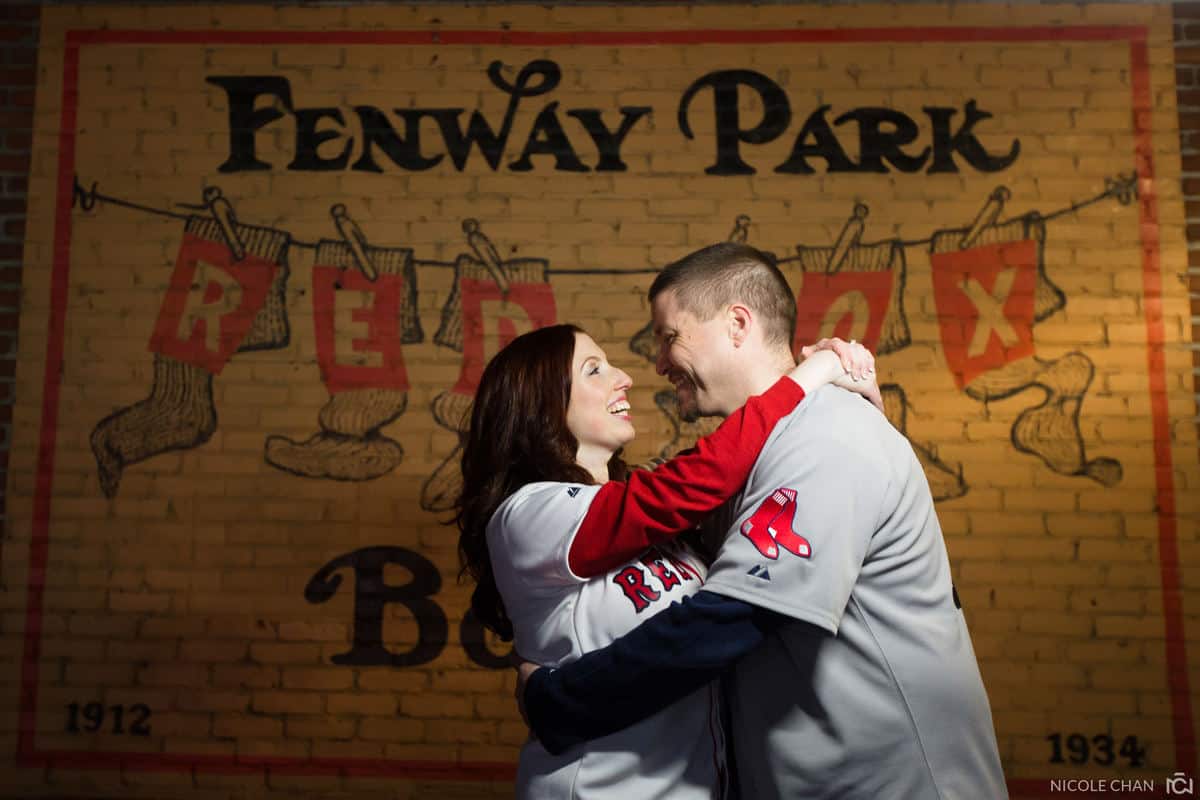 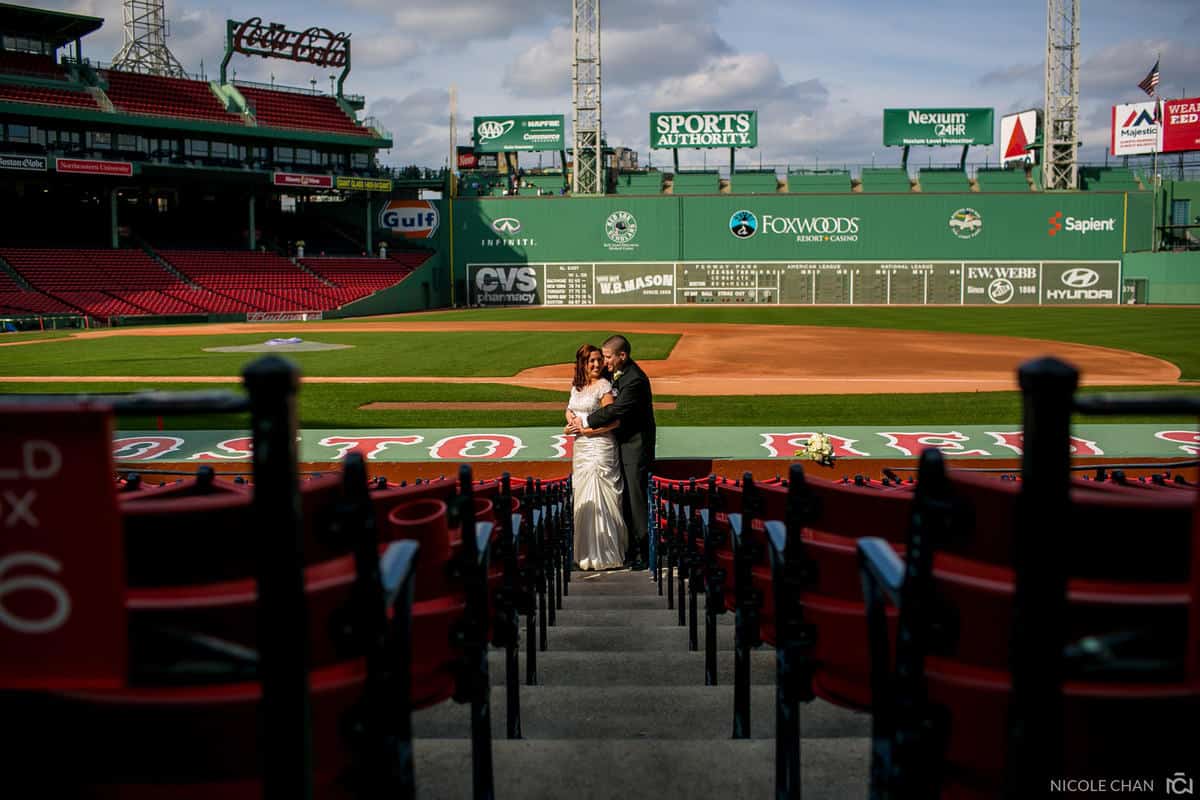 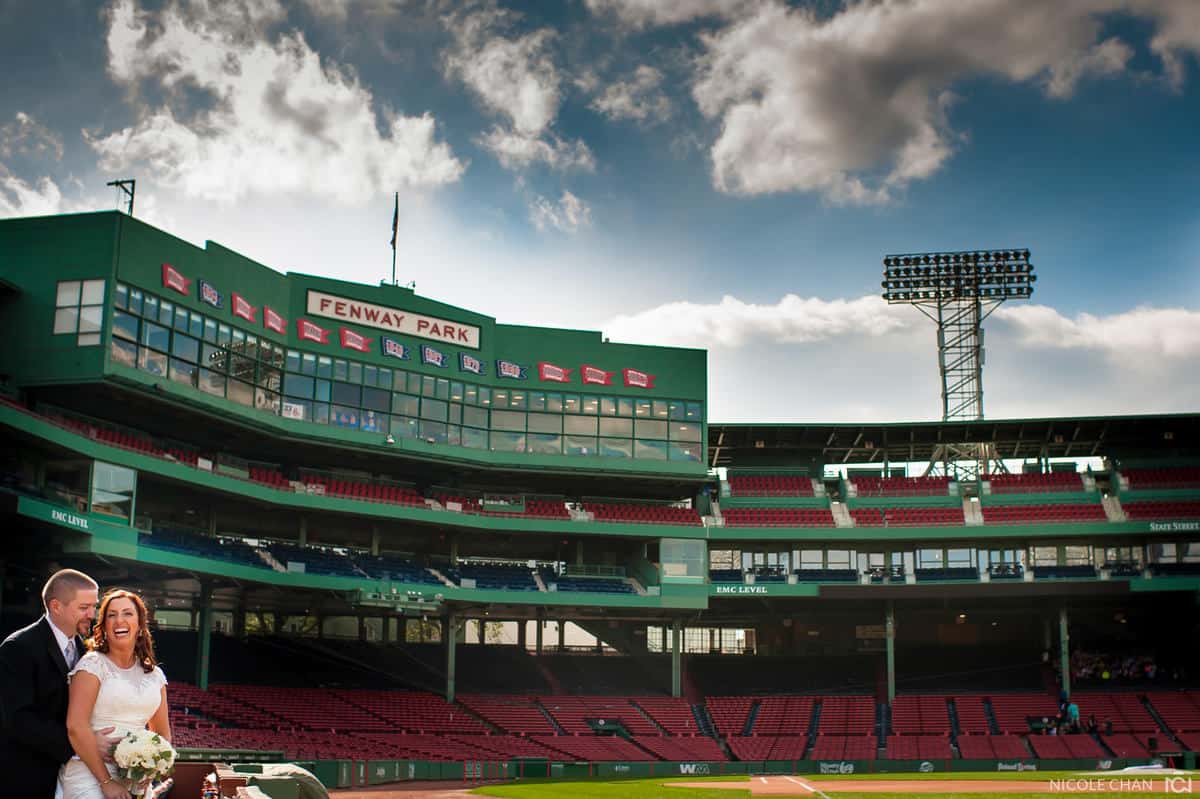 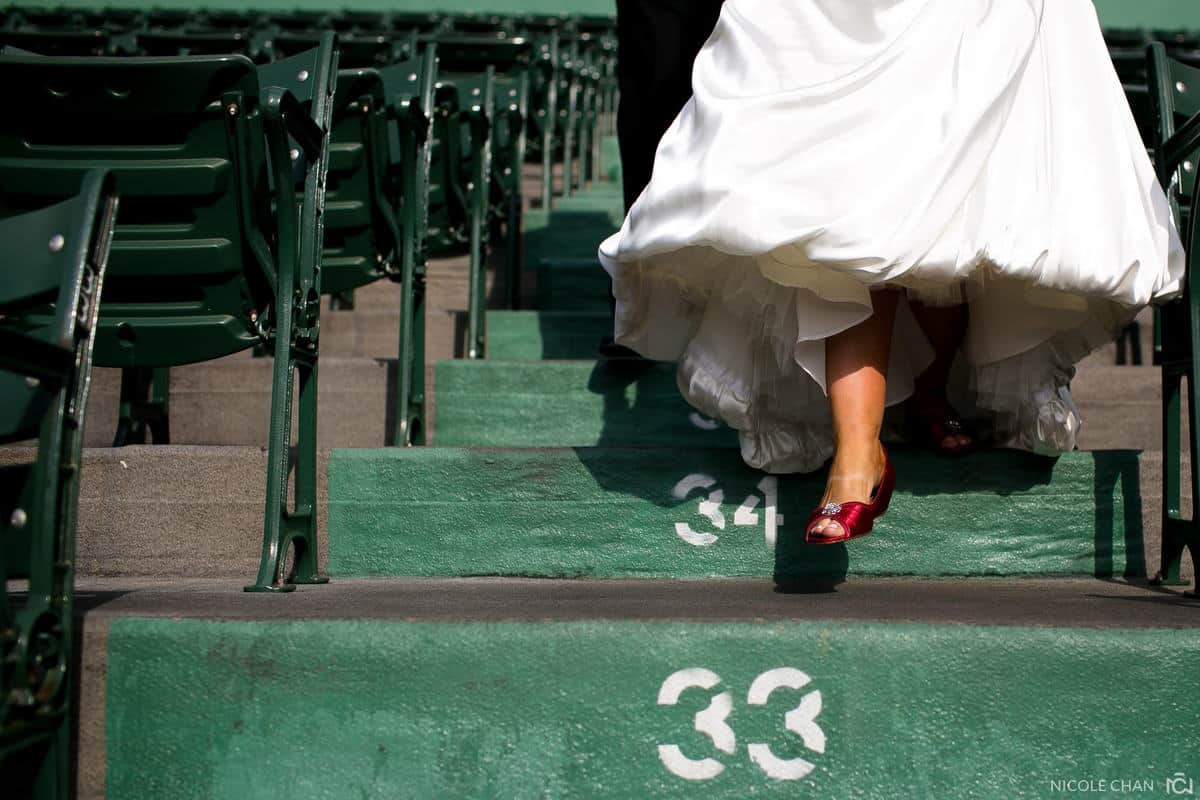 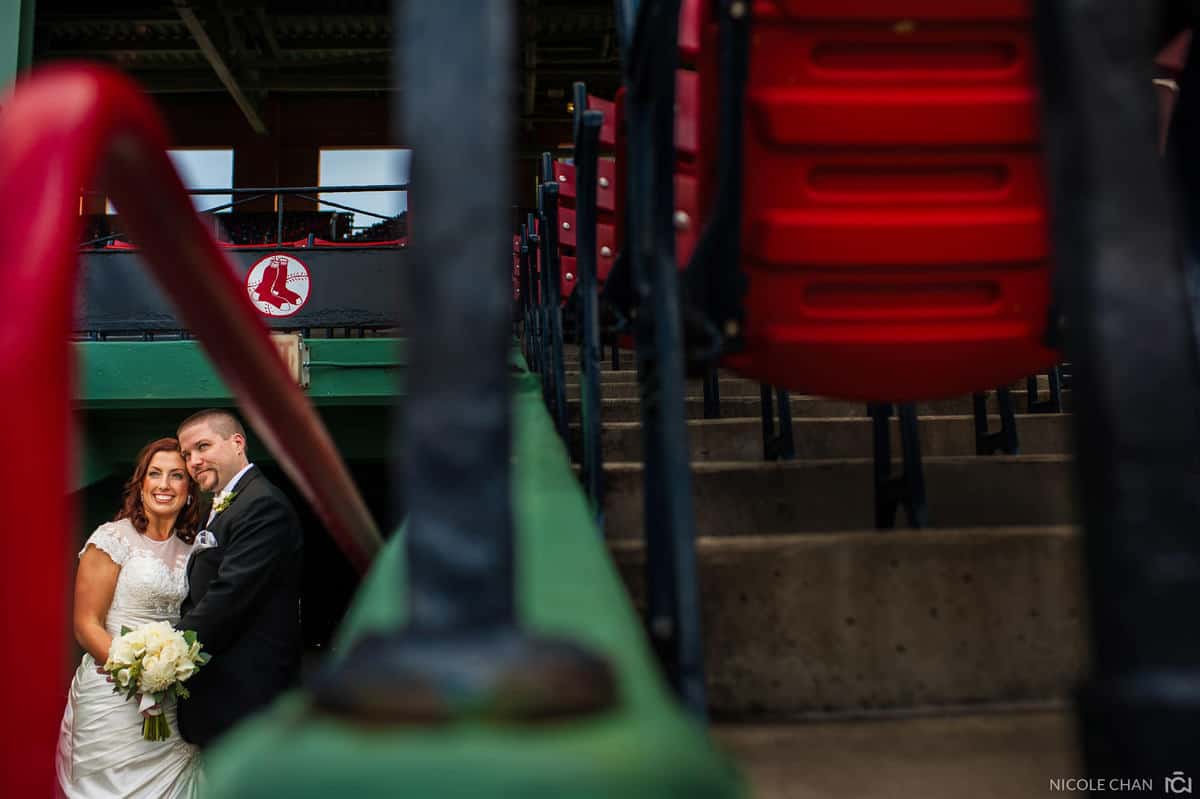 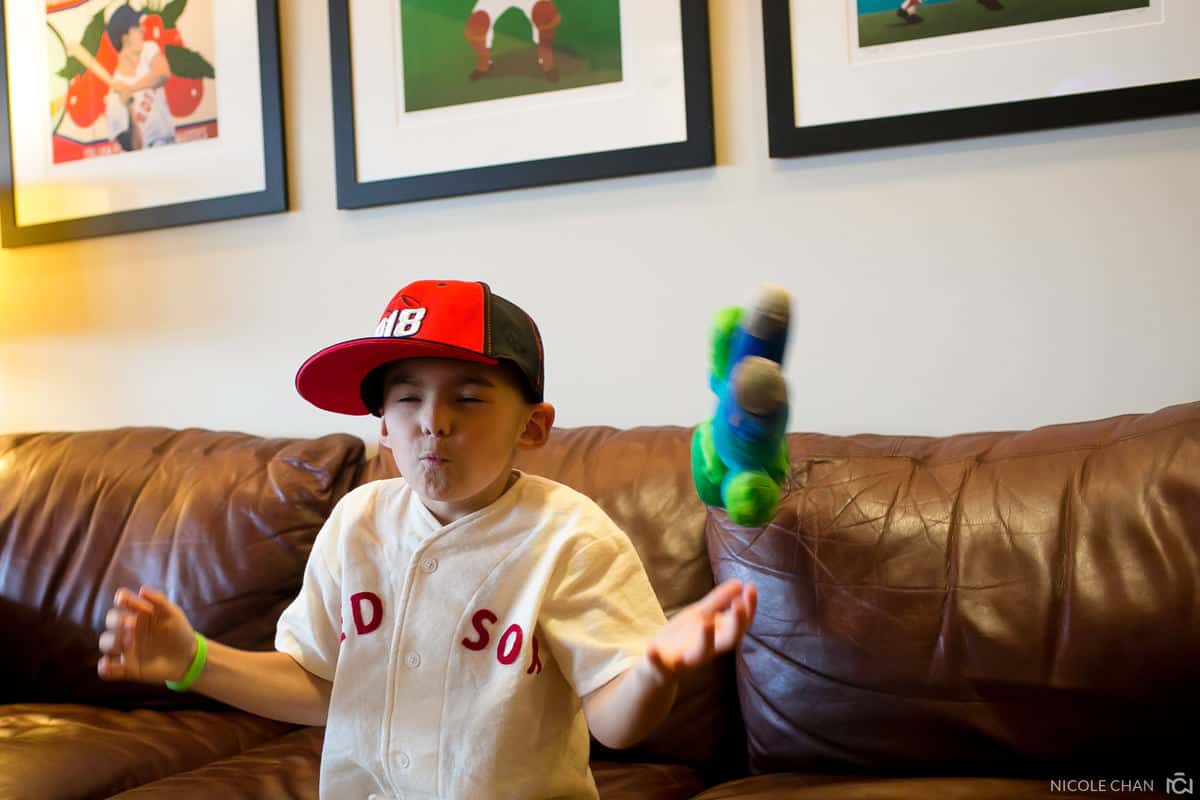 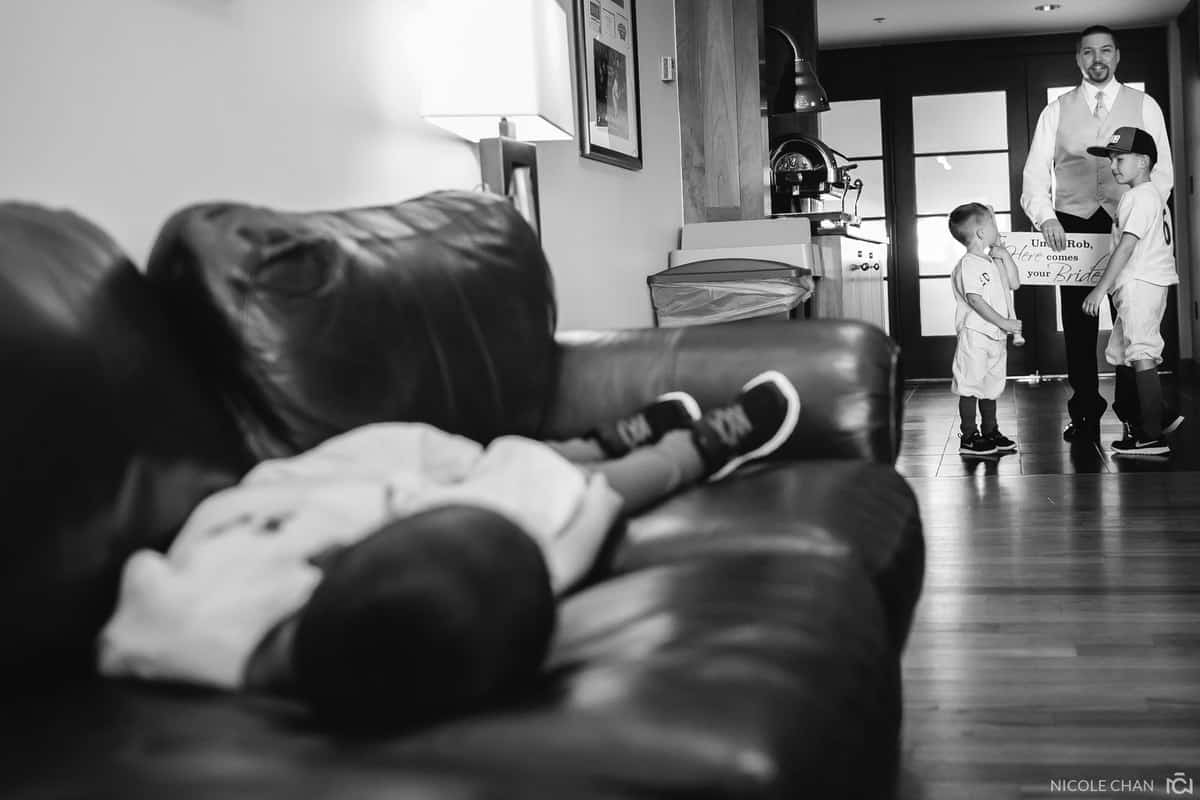 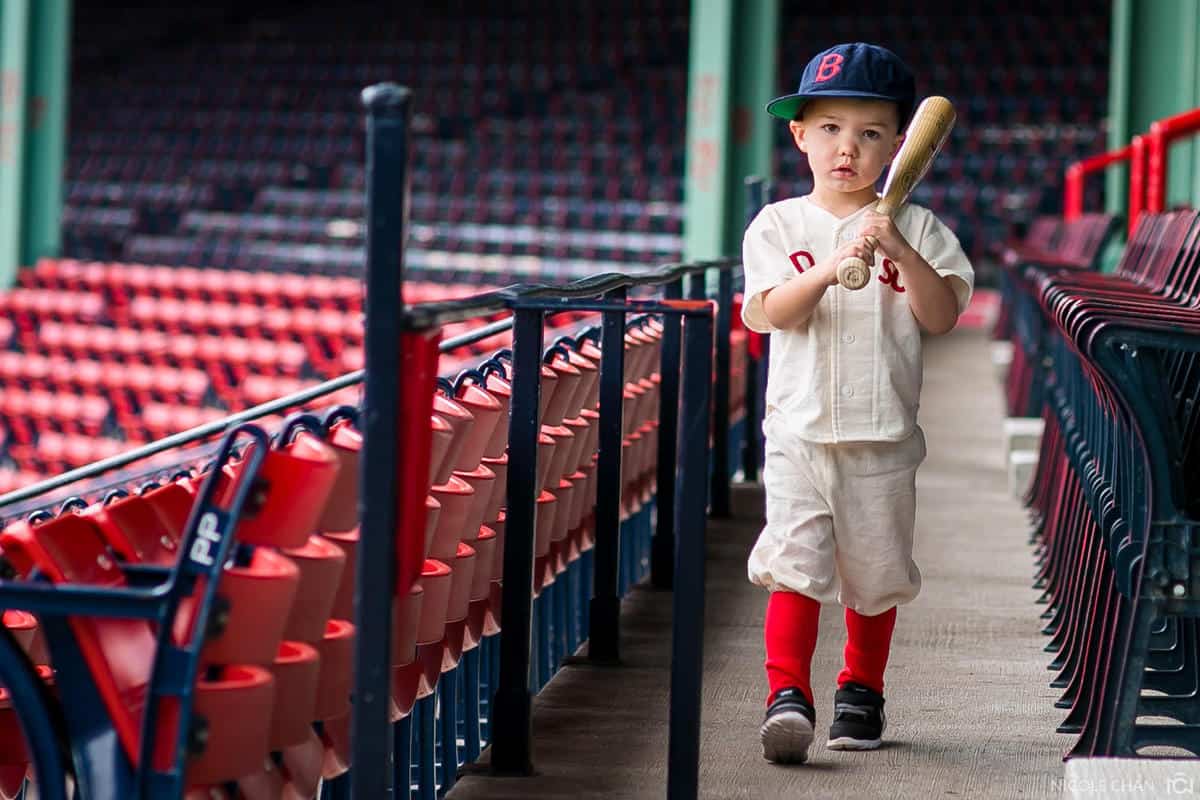 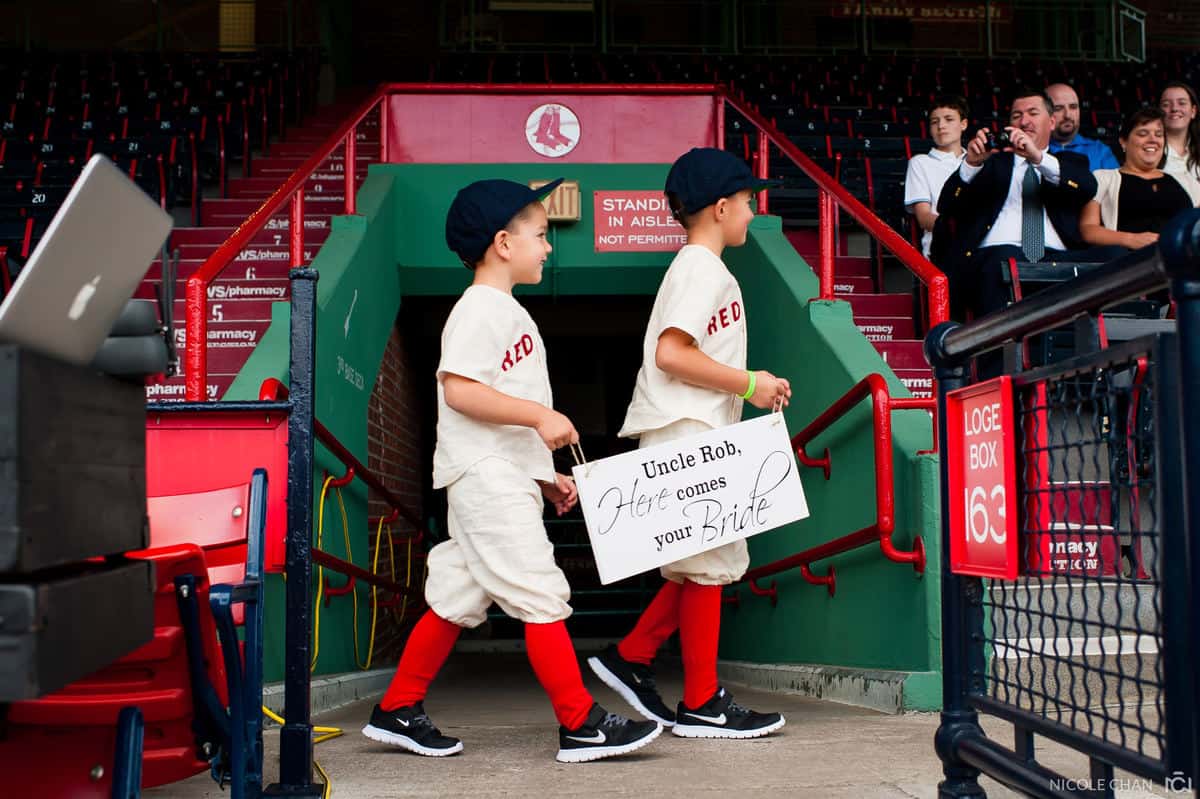 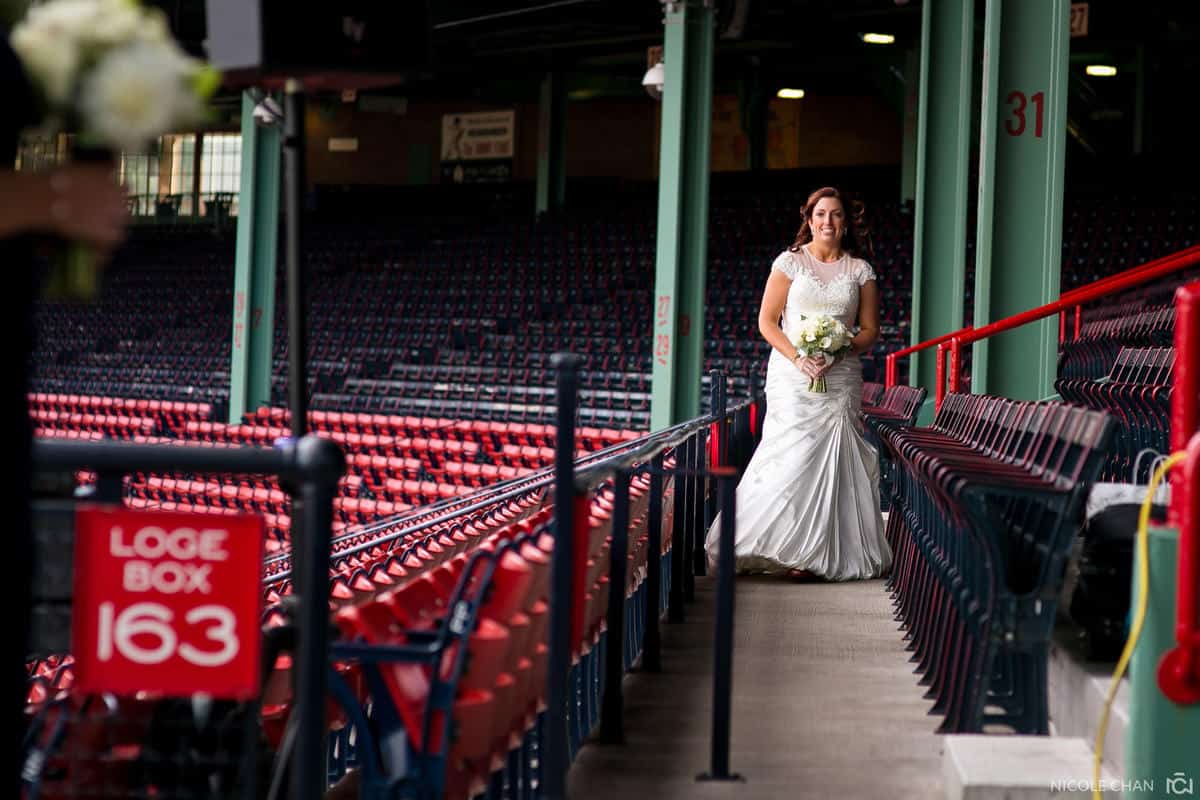 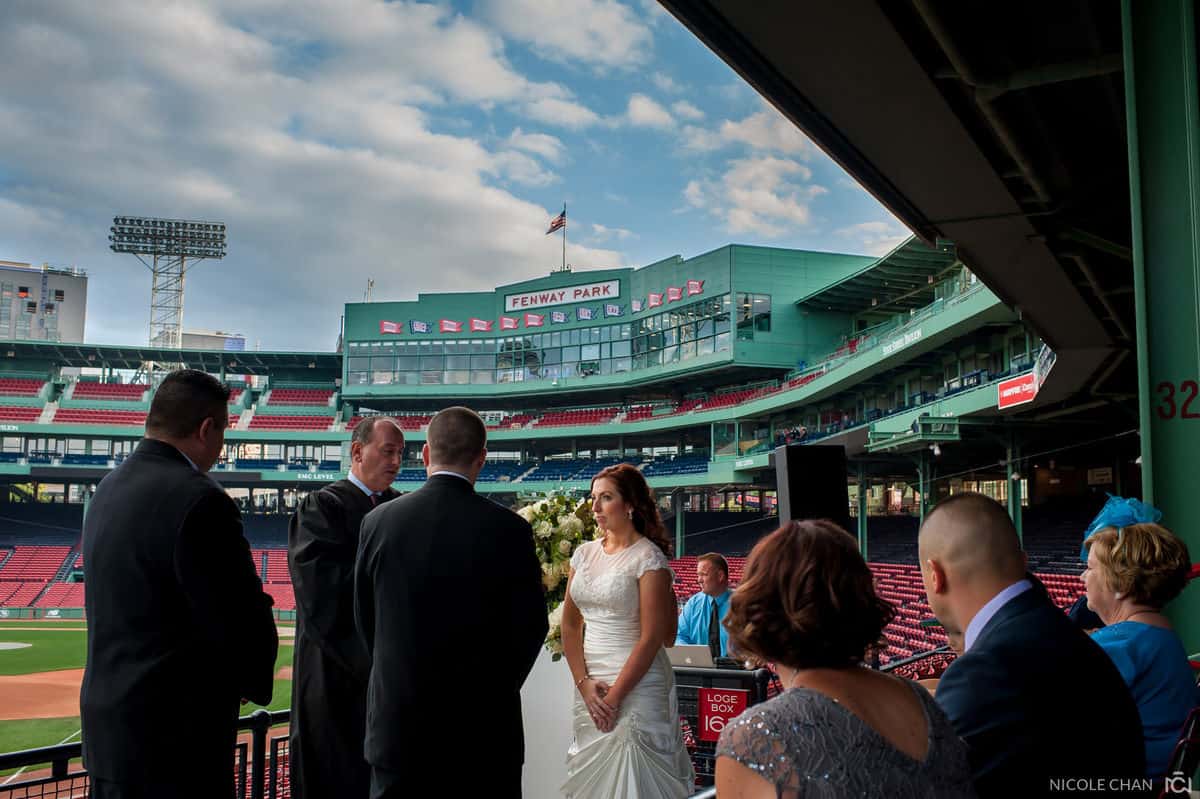 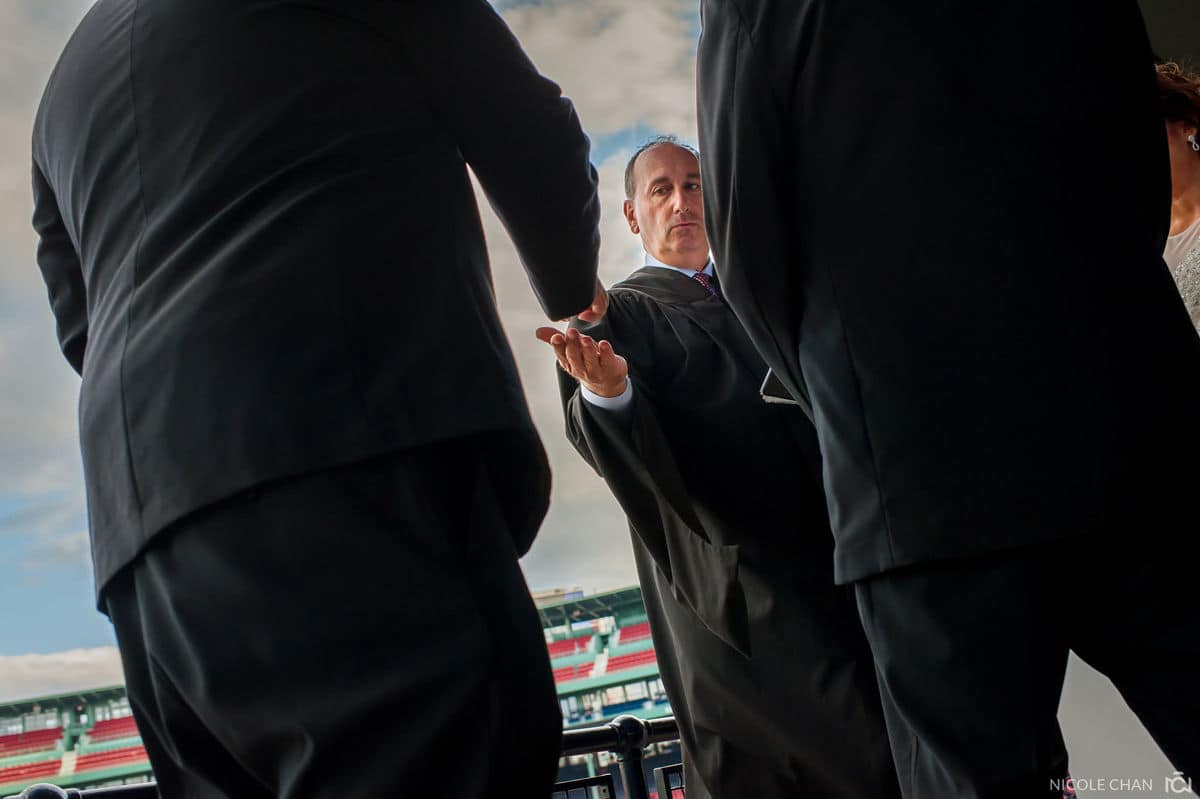 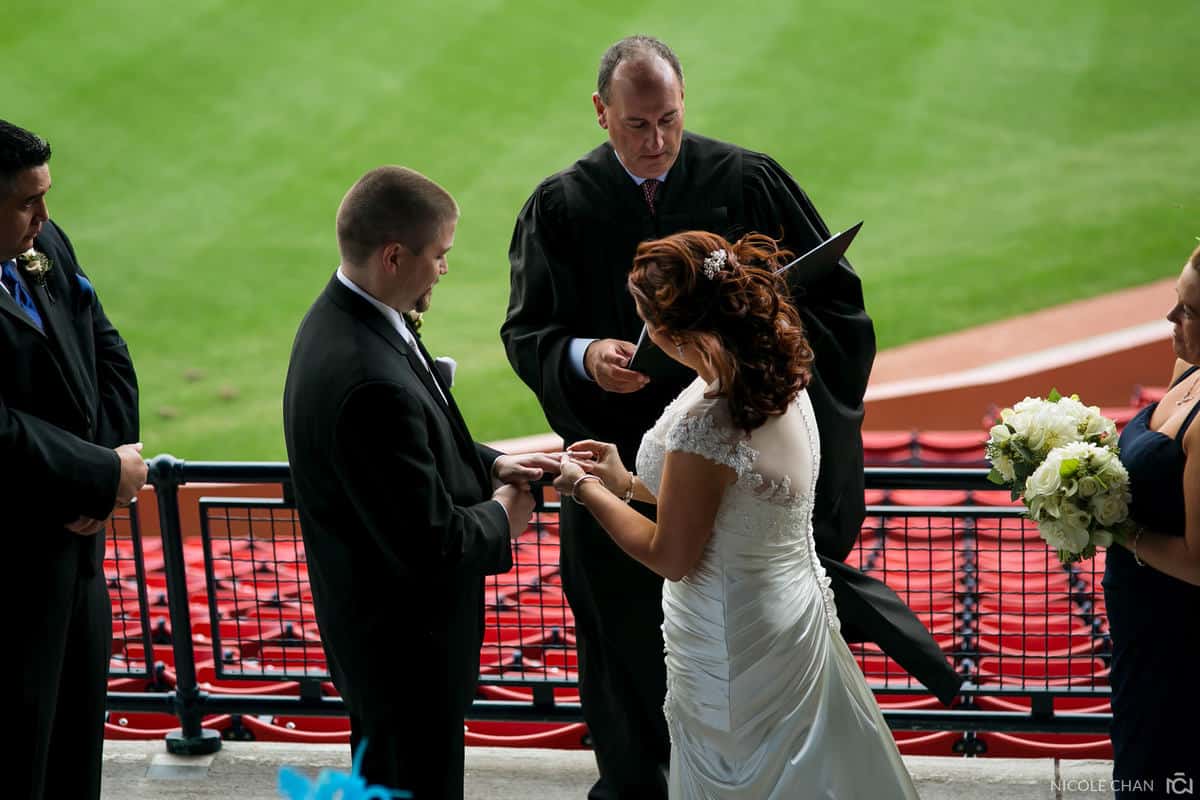 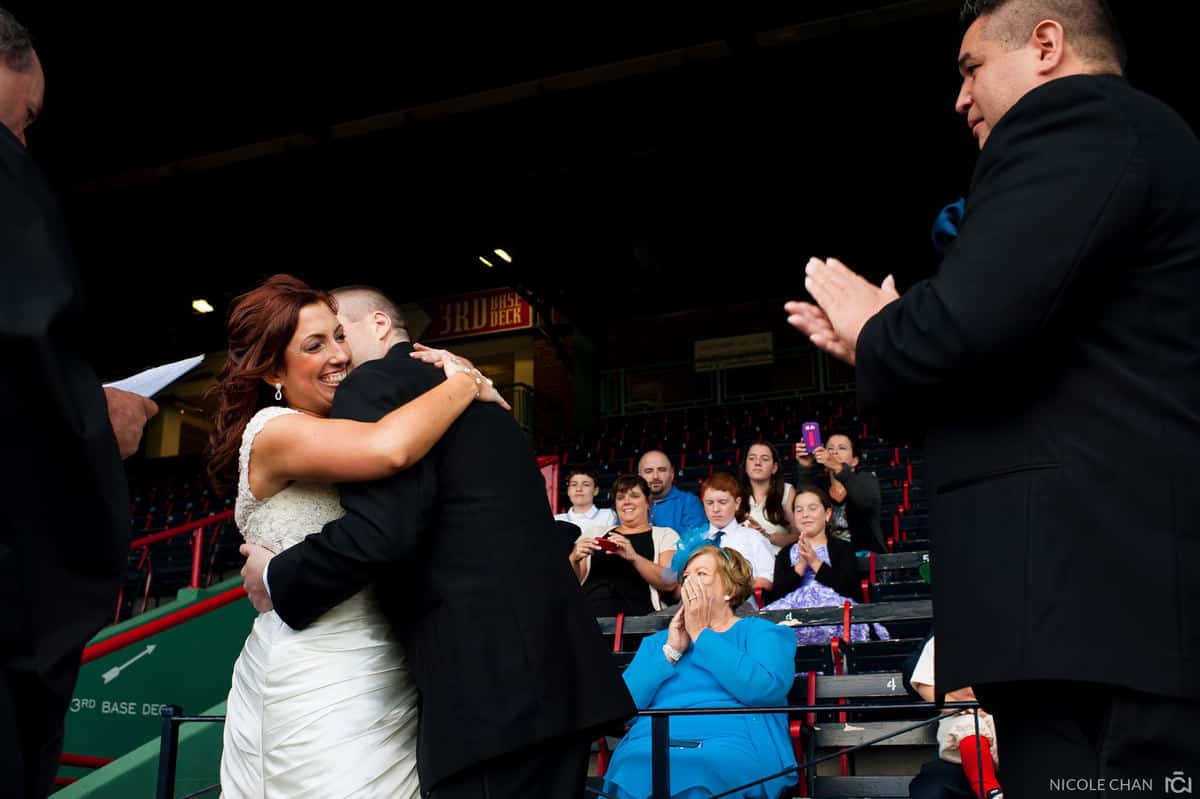 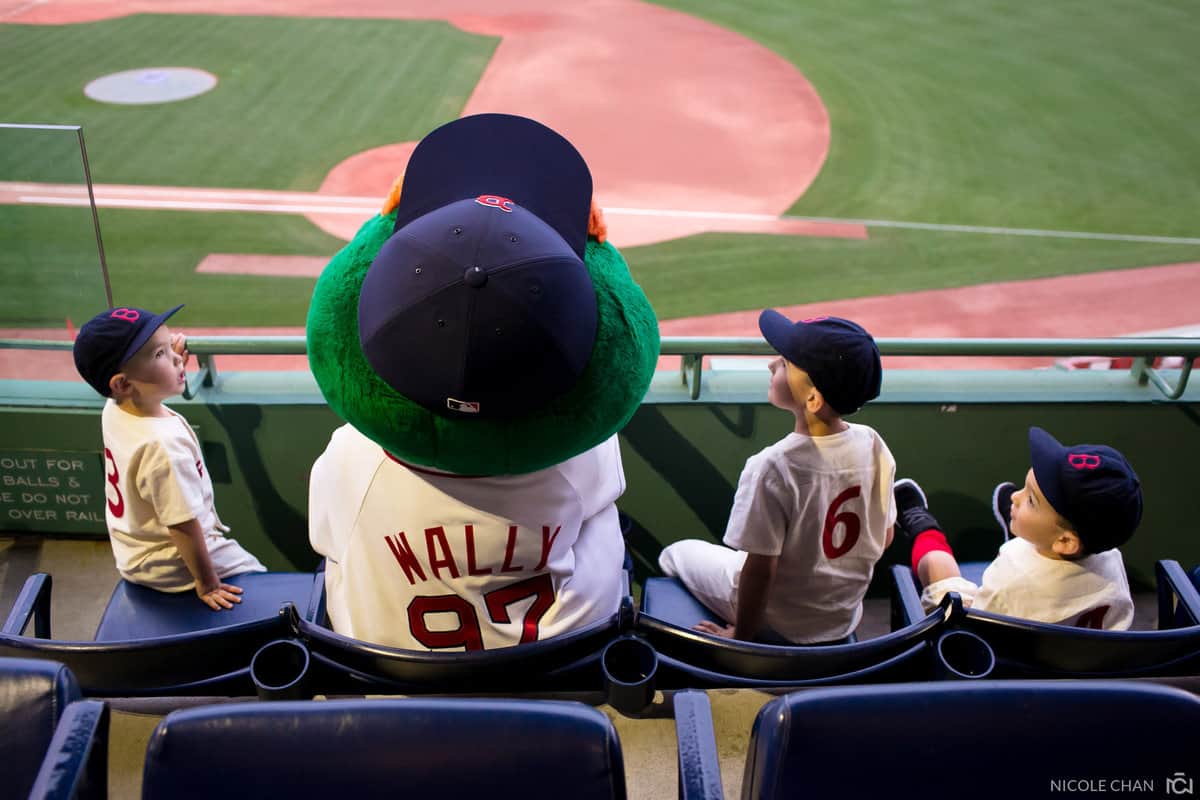 Megan and Rob make me smile. They’ve given me the chuckles from the first e-mail that Megan sent me over a year ago.  She said, “I was so excited when you responded so quickly!  I was trying to water my flowers and dropped the hose in excitement”.  When I first met Megan and Rob in person at the Fenway area for their engagement session, I was drawn to a few things about her: a) her beautiful red hair  b) a sparkling personality to go with said beautiful hair and c) how Rob, the quieter of the two, had a gentle disposition to him. The two were elated to be at Boston’s Fenway Park for their engagement session. I later learned that they were intense Boston sports fans. (I kept up with conversation as much as I could!) I really suck at any sport with a ball, but can completely understand (and relate) to the loyalty and excitement!

At Megan and Rob’s wedding, I felt so connected to them and their families. It was so clear that their main objective for their big day had very little to do with the two of them, but more to celebrate their closest relationships. It was an intimate ceremony in the seats of Fenway park, right next to the Green Monster, with Fenway behind them, and a beautiful portrait of Megan and Rob (from our engagement session) up on the big screen.  Rob’s three adorable nephews trotted out first, in custom-made uniforms sewn by their neighbor. Their eyes were wide with awe! The eldest, is in the initial stages of being a die-hard Red Sox fan.  He has started asking for Red Sox themed things in his bedroom!

I think the only thing that made the boys even more excited than being at Fenway, was meeting Wally the Green Monster! Wally made a surprise visit to their Fenway wedding reception venue at R10, signed the boys’ hats, gave big hugs, and even shook his booty on the dance floor. He was big hit and brought many big smiles.

Megan and Rob, thank you for allowing me to be a part of your day. You two are beautiful people – both inside and out. I completely agree with your friend – the one that told you that you two are the closest things to soul mates that he’s ever seen.

To my wonderful 2nd photographer, Jeremy, thank you for being awesome. Thanks for bringing so much incredible talent, and reminding me that being a better photographer has fundamental principles of light and composition, but also has significant roots in connecting with people and genuinely caring about your subjects.