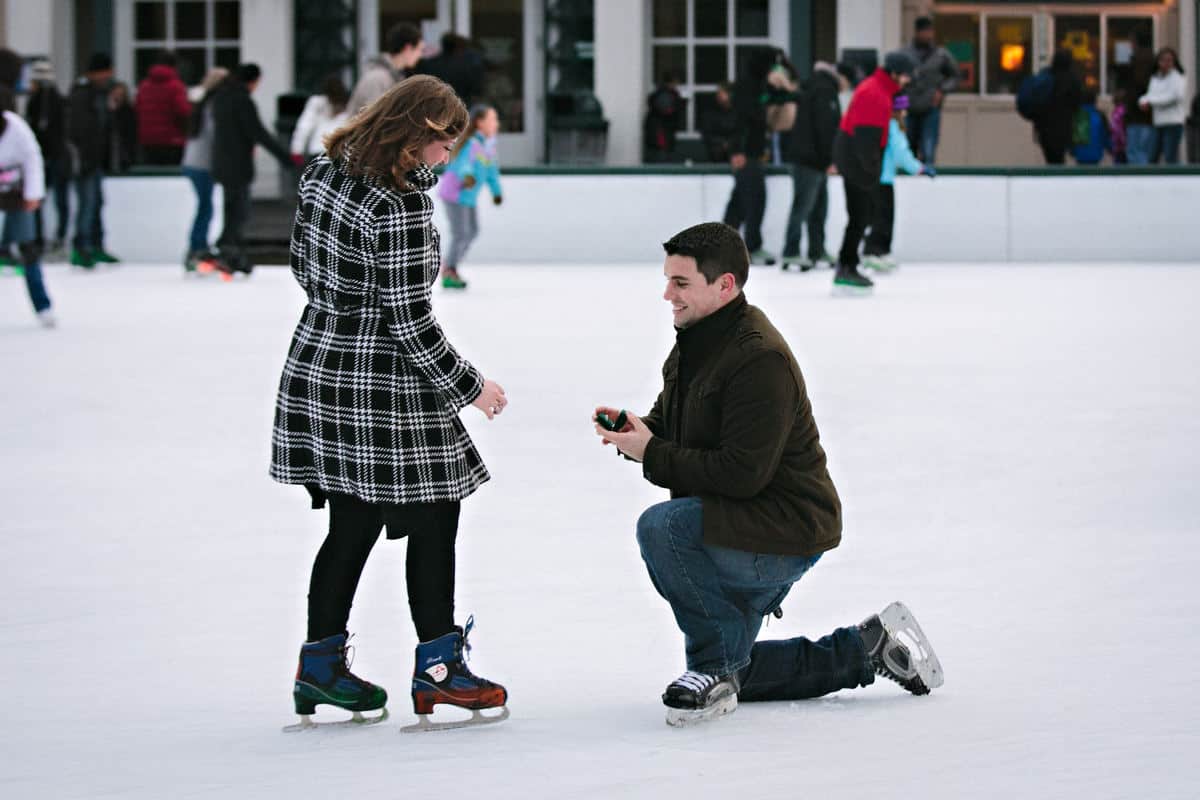 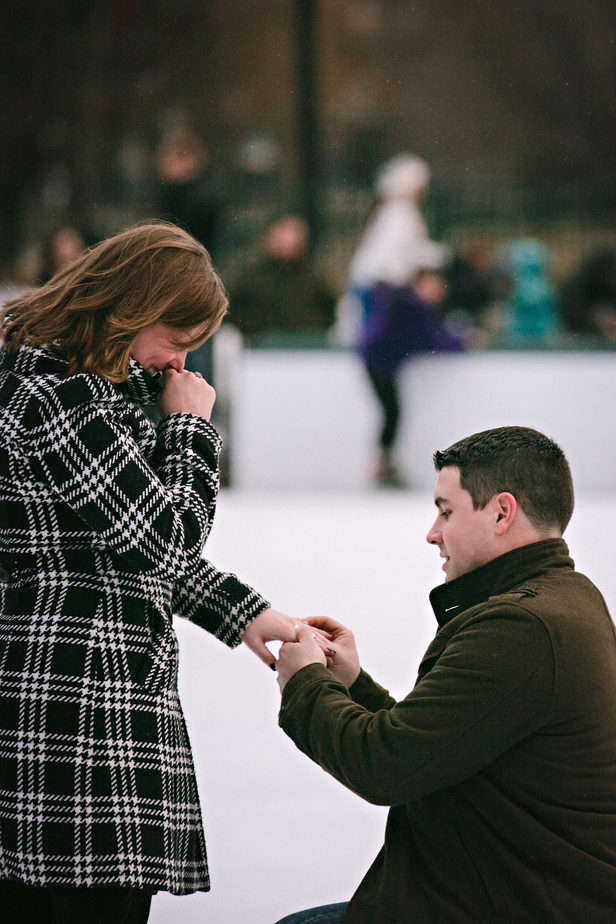 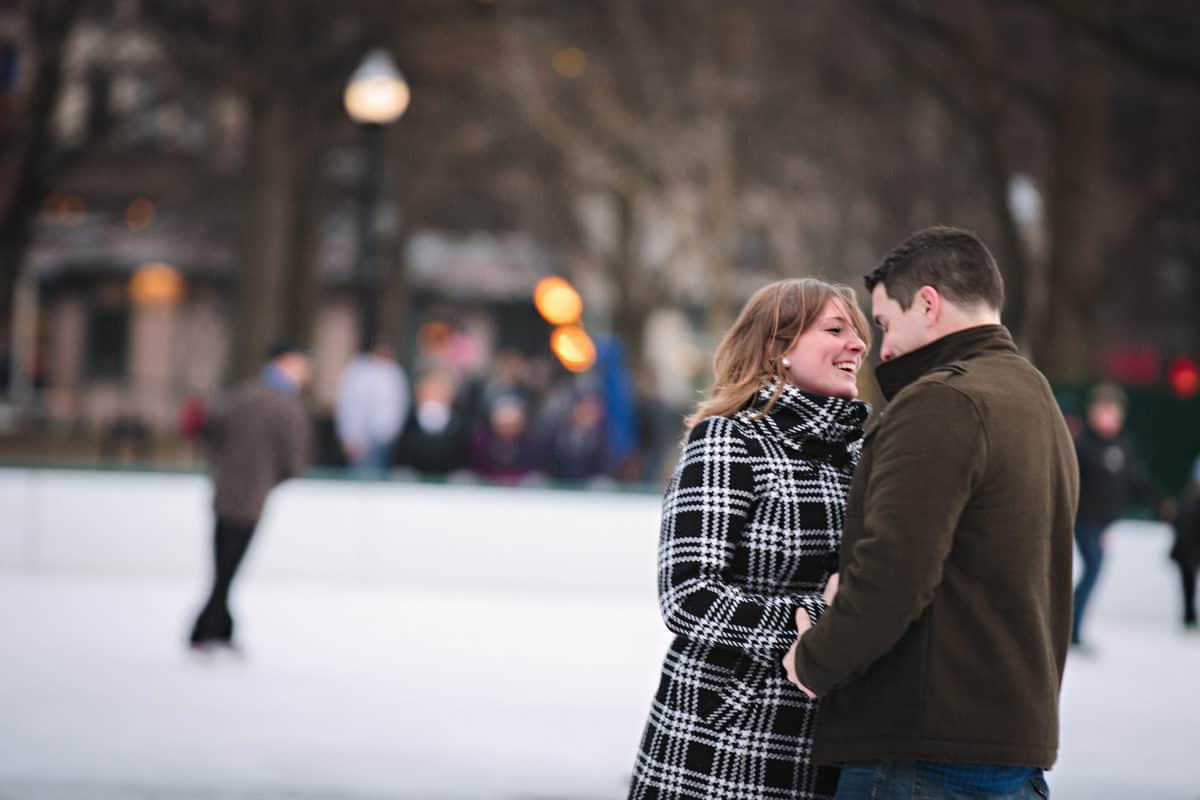 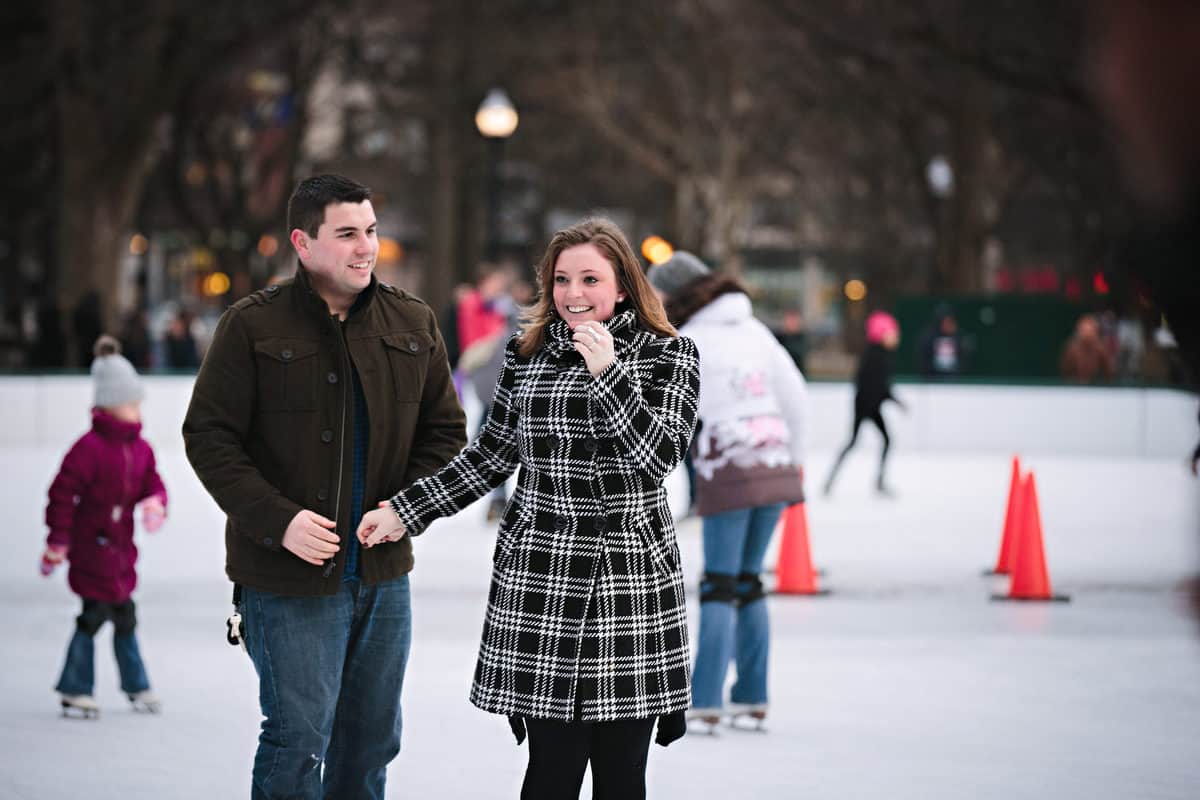 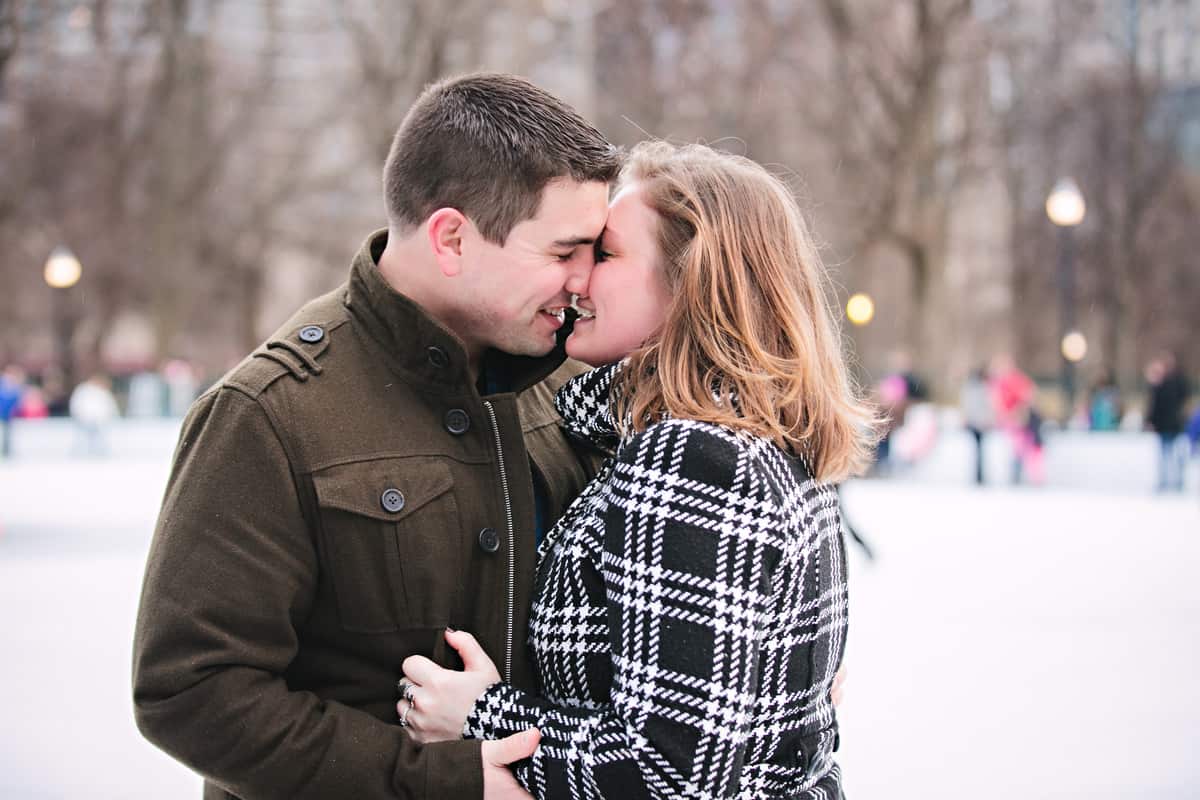 Little known fact about me:  I’m a ninja. This winter, Mike reached out to me and wanted me to stealthily photograph his proposal to his girlfriend, Erica.  They’re not locals to the area, but Boston holds a special place in their hearts.  It’s the first place they met and he wanted it to be special.  We planned and planned.  There were lots of e-mails, photos, and covert text messages throughout the day. They landed in Boston the day before, and wanted to spend the day in city wandering around.  We planned to meet at Frog Pond in the Boston Commons.  He texted me when they were heading out from their hotel and what they were wearing.  After I spotted them, it was simply a matter of making it look like I was there having a good time on my own… and not look like I was following them all over the place. I brought along Jason and Sledder.  The park is dog-friendly, so I made it look like I was taking a TON of photos of J and our dog.  (Not uncommon)  I absolutely could not have pulled it off without them!  When we finally walked up to Mike and Erica, she told me that she had no idea we were there.  Score! Ladies, what are you thoughts?  Would you want photos of him popping the big question? (I would.  I think it’s AMAZING!) Congratulations to Mike and Erica!