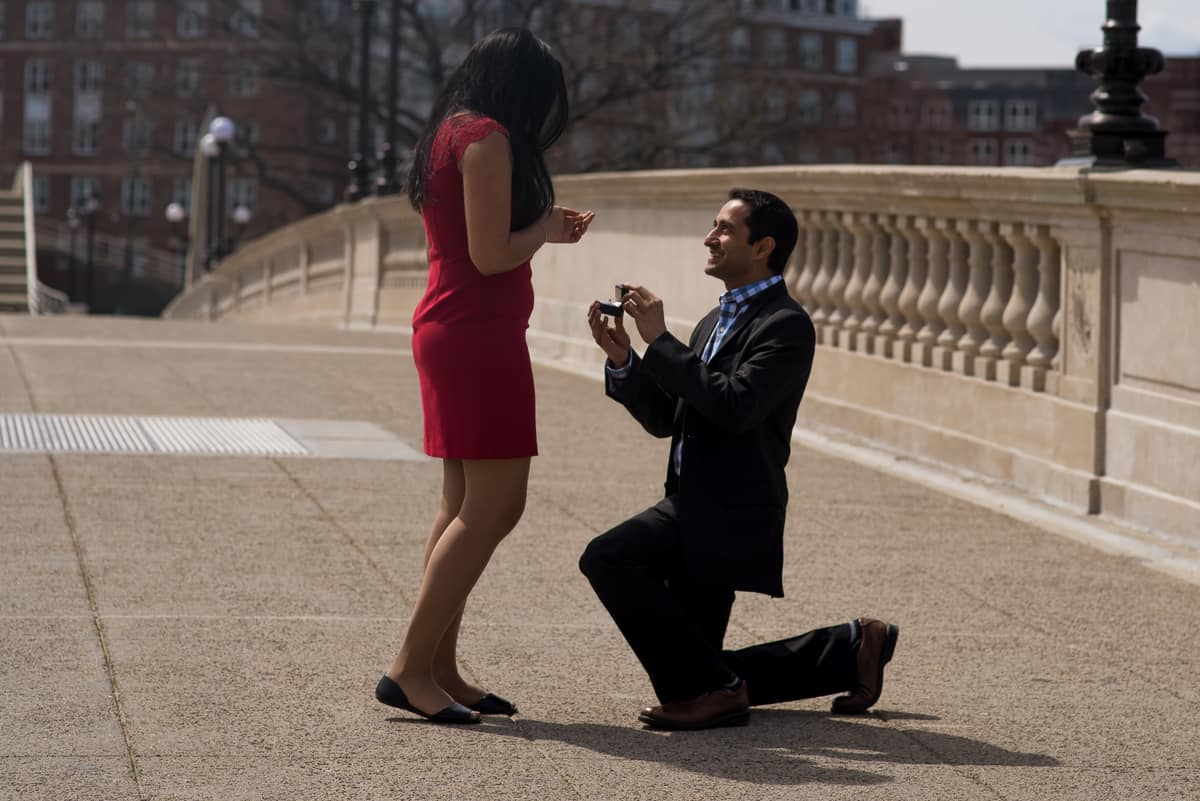 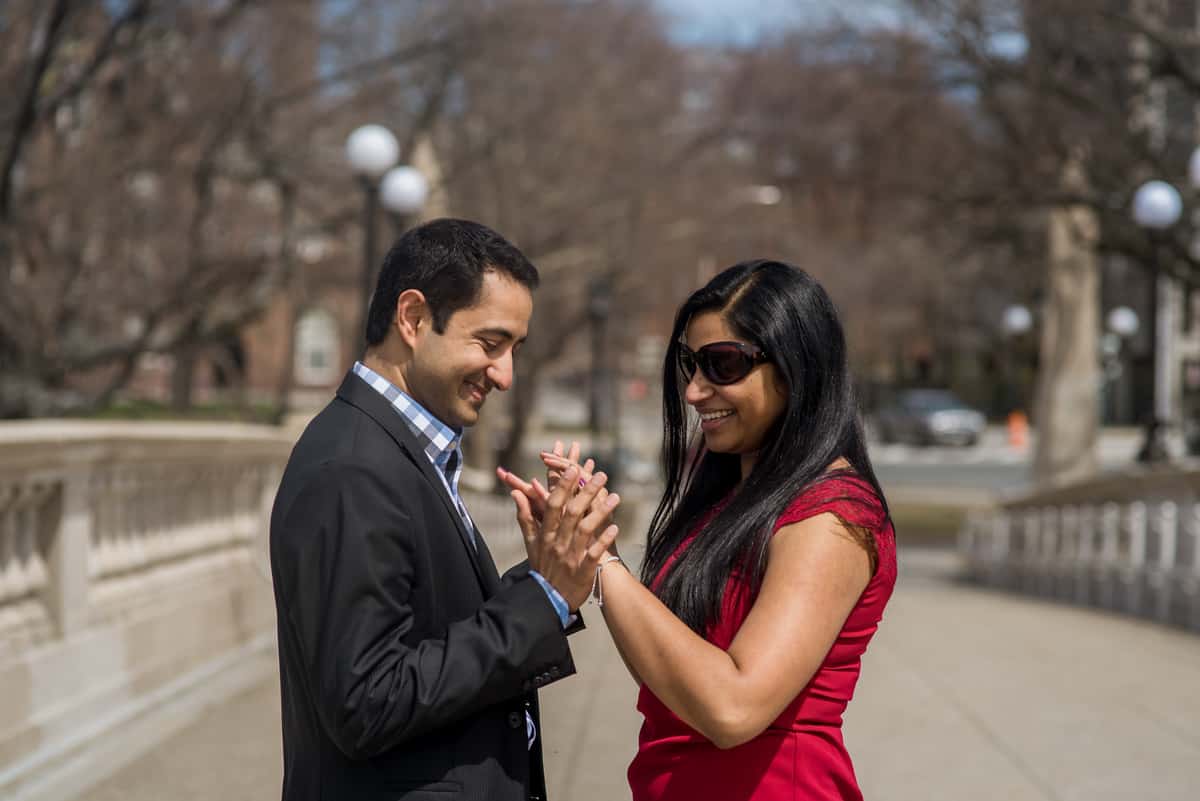 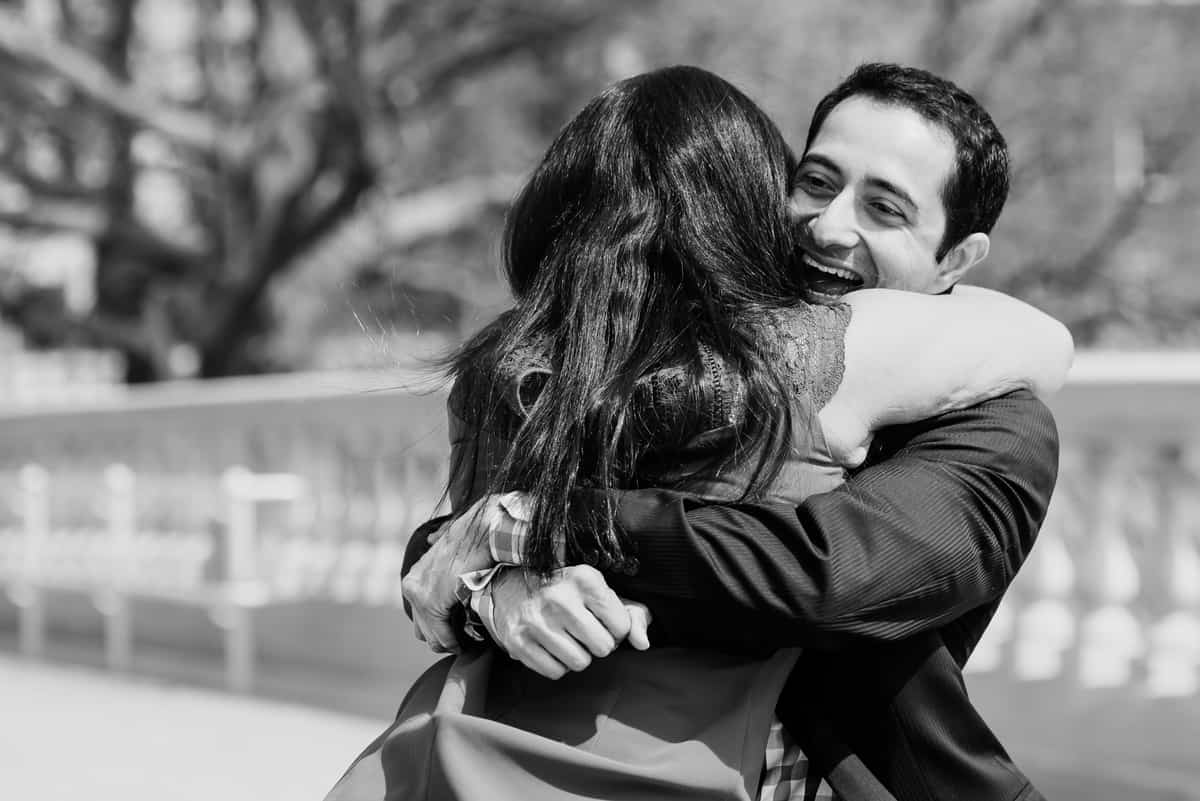 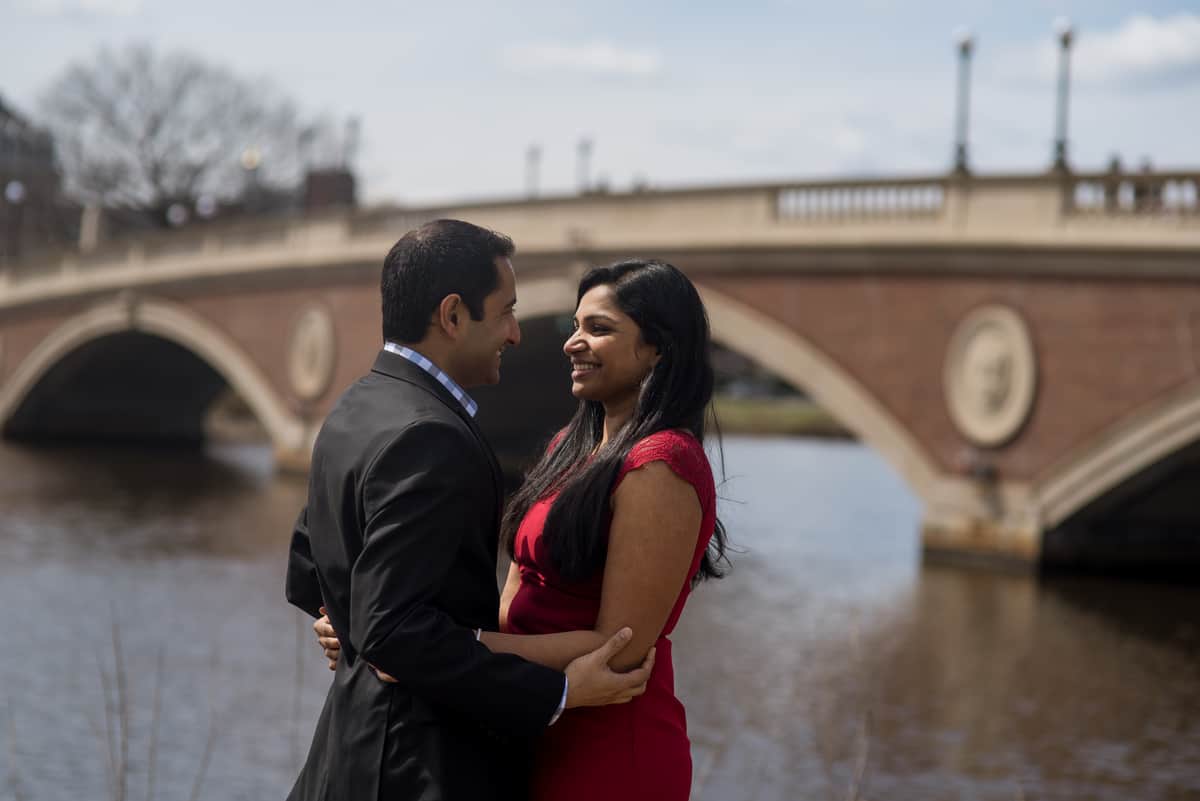 Manan and I had been planning his marriage proposal photography for a few weeks. At first, we had an issue with pinning down an exact time that they would be walking through the Boston Gardens onto the bridge. Manan knew he wanted to propose at the Boston Commons bridge, because it was the location of their first kiss! We ended up with a pretty awesome idea. They would play an escape game at Trapology Boston and then walk across the street to the Boston Commons and Gardens shortly after. Since I’m always at Trapology anyway, it’d be natural for me to be hiding in plain sight! However, there was an honest mixup between the Boston Commons bridge and the actual place Manan was thinking of – John Weeks Bridge in Cambridge!  Marriage proposal photography is tricky! 🙂
How”As a Chicagoan who was a Boston tourist on my first date, I got the Boston public garden bridge mixed up with the John W. Weeks bridge near Harvard square” Uh oh… Thankfully, my schedule was pretty free that day and I worked to be flexible for his John Weeks Bridge Marriage Proposal photography. We ended up meeting earlier on the John Weeks Bridge in Cambridge and he popped the question that morning! I ended up still seeing them play The Drunk Tank at Trapology Boston later that afternoon! ?
Manan, thank you so much for allowing me to be there for you for your John Weeks Bridge Marriage proposal photography. ?
Previous Post
Next Post