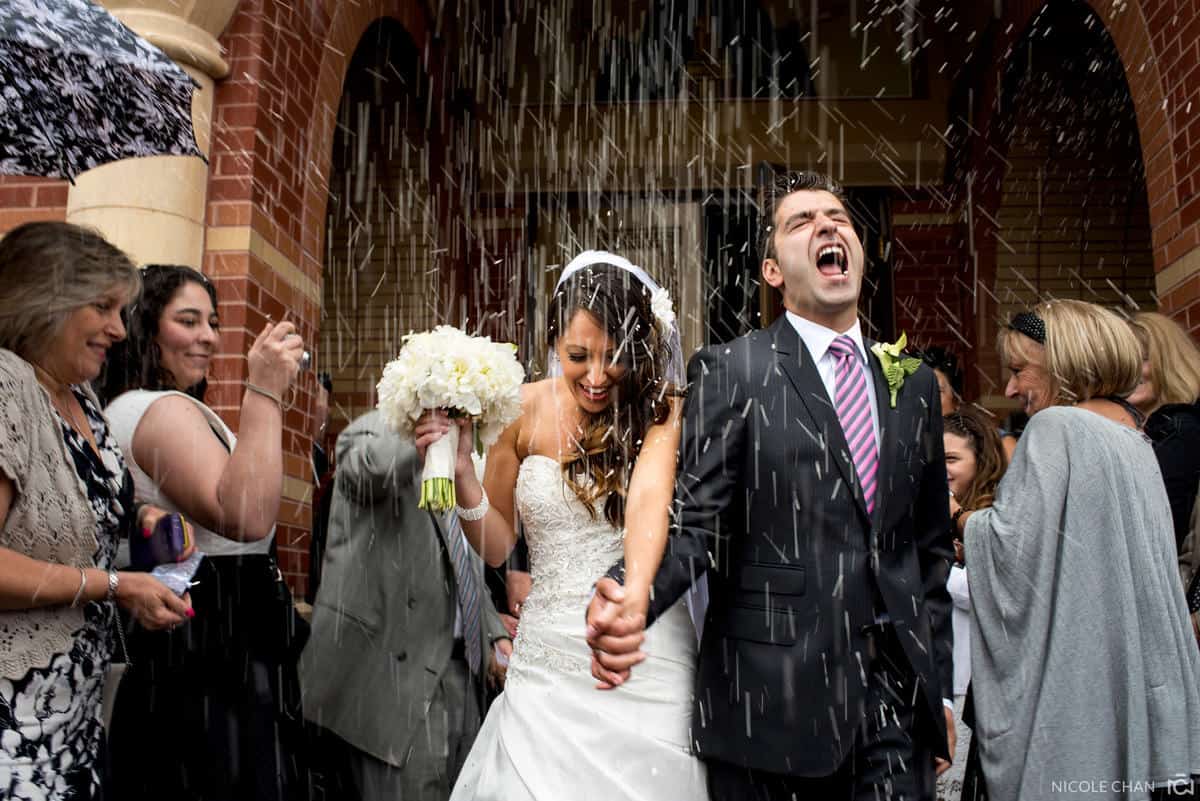 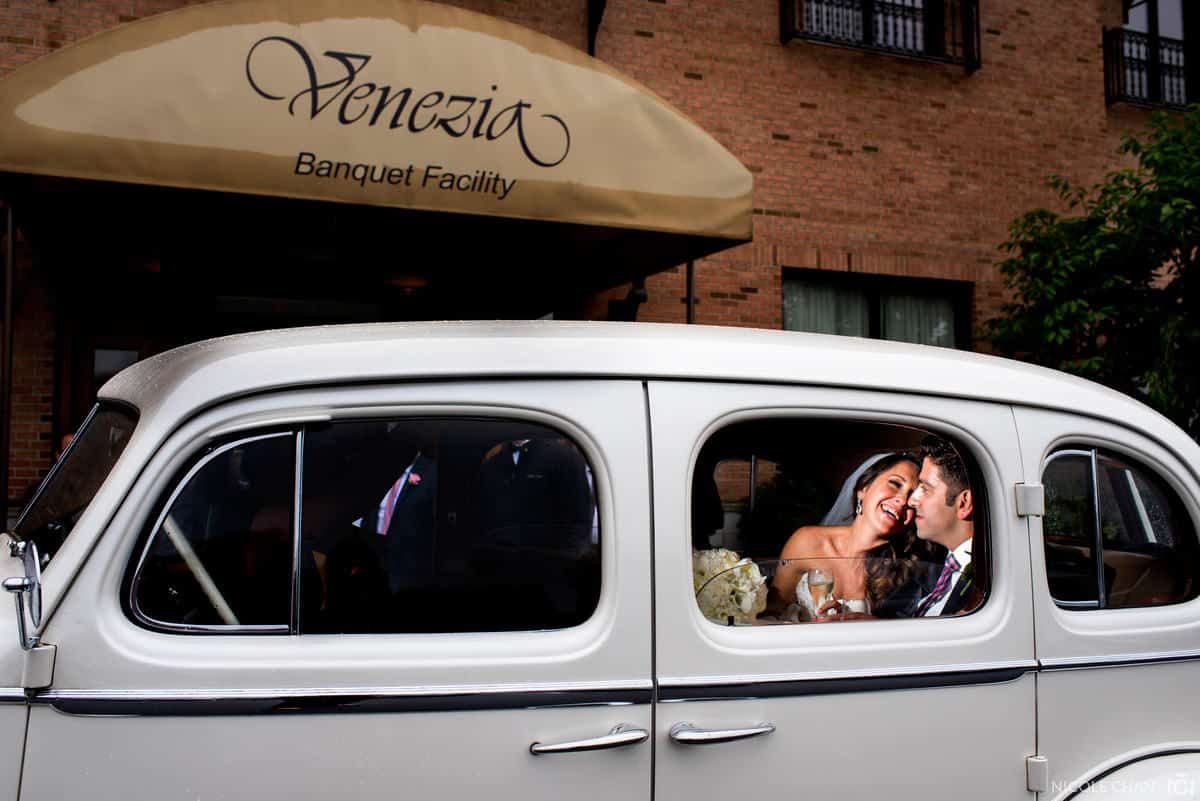 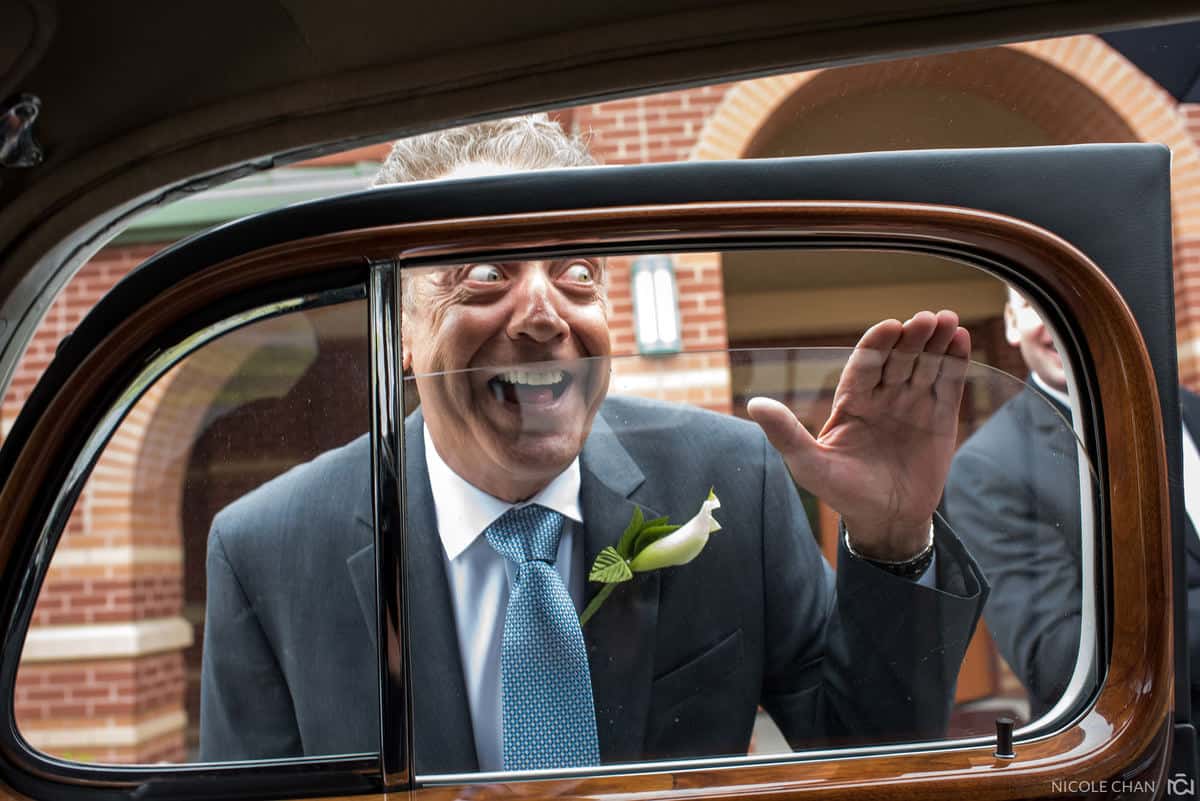 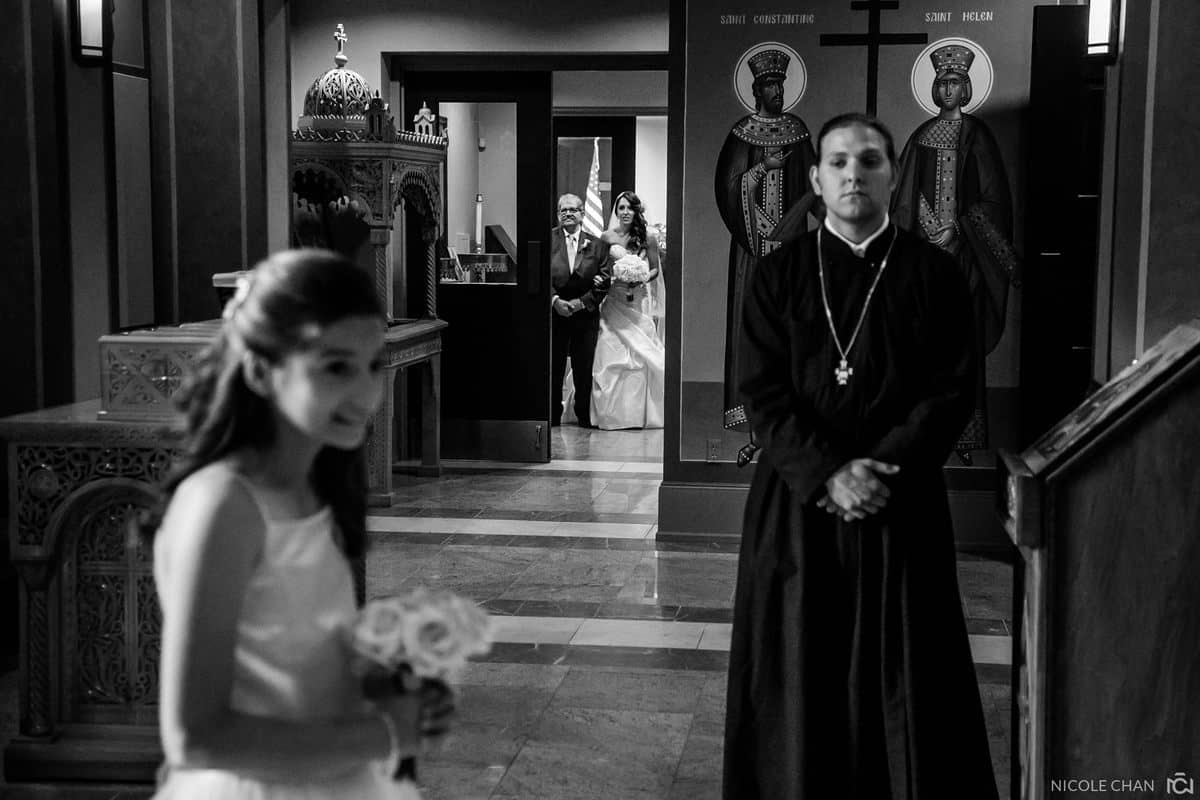 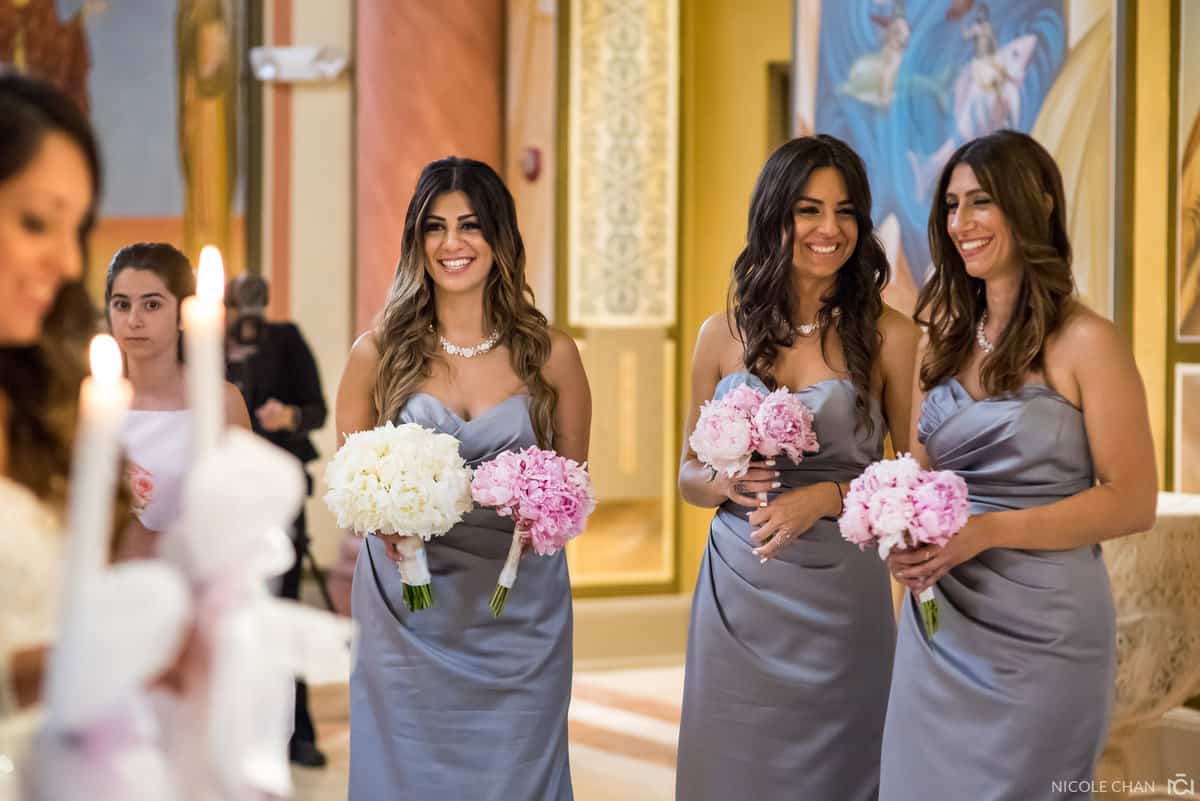 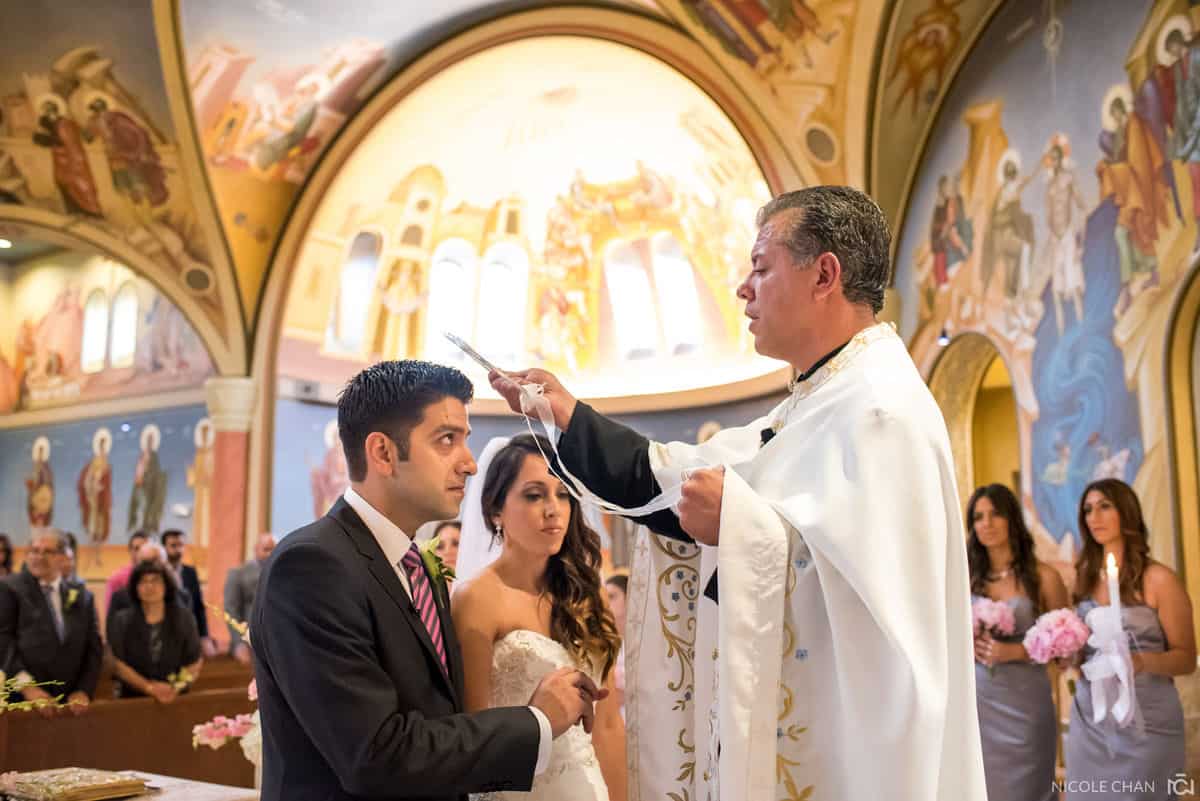 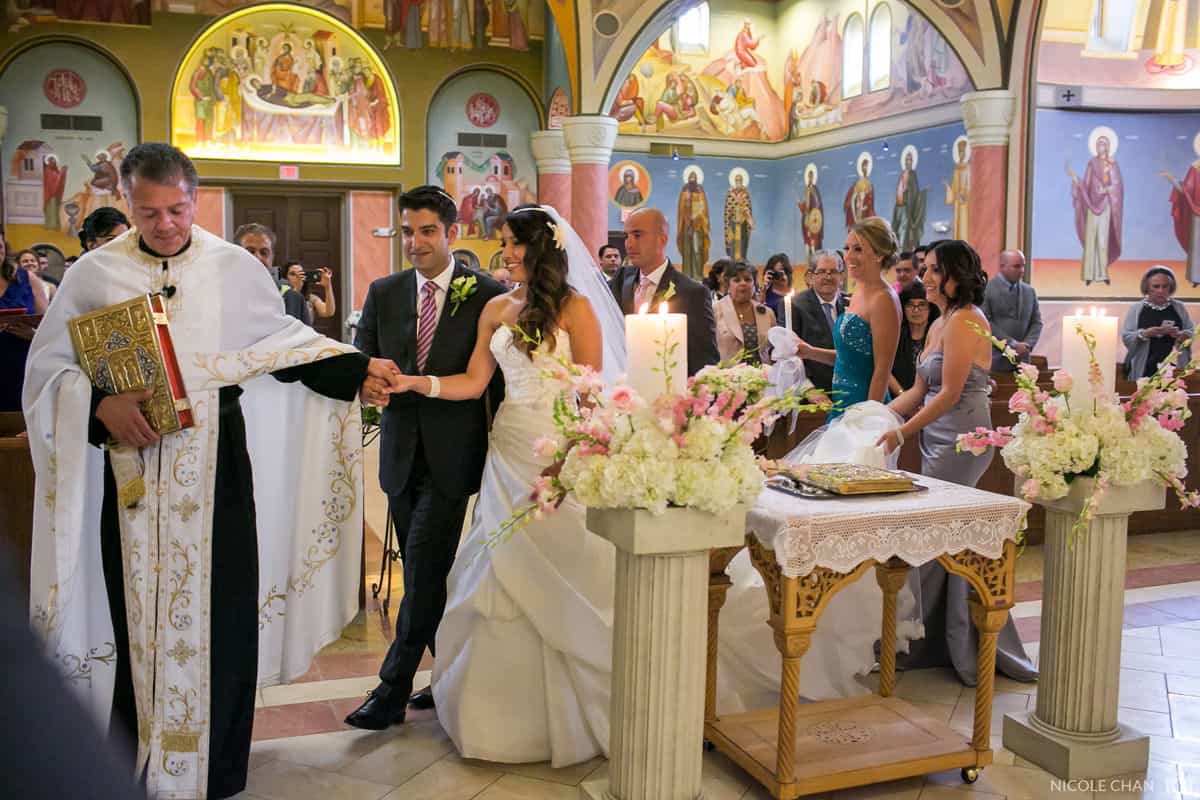 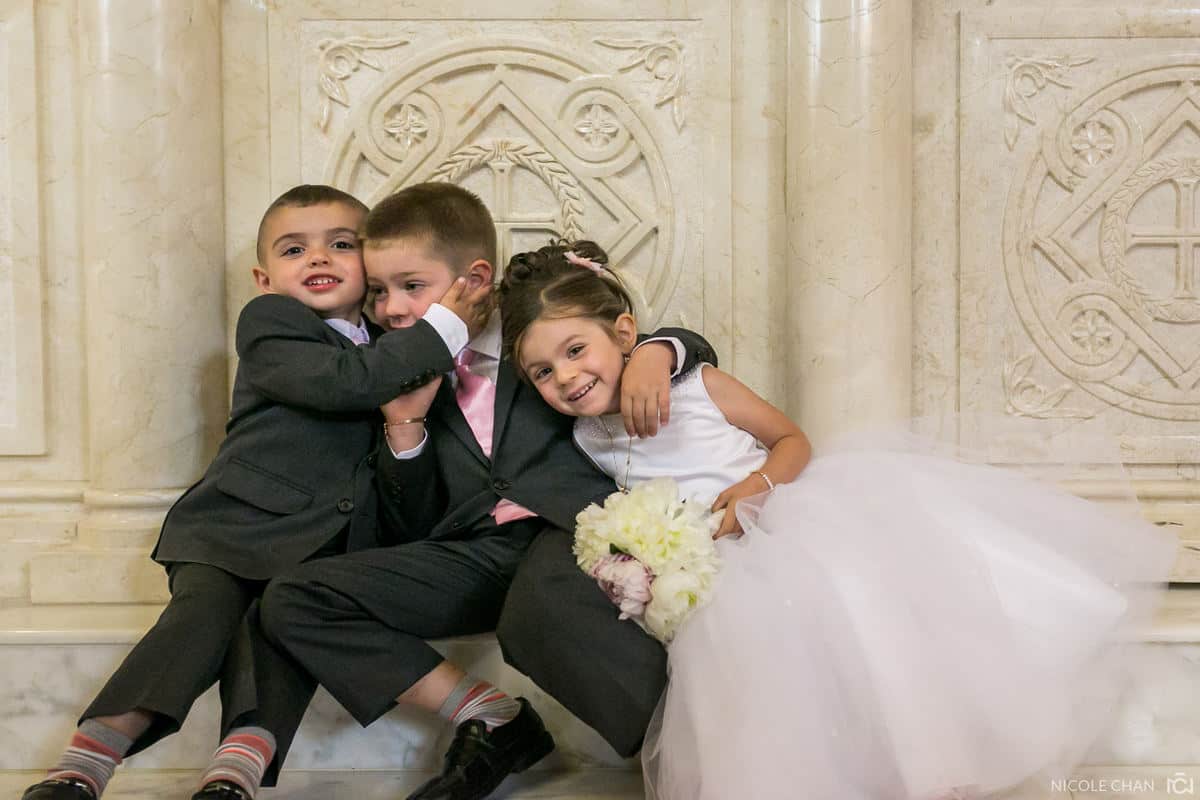 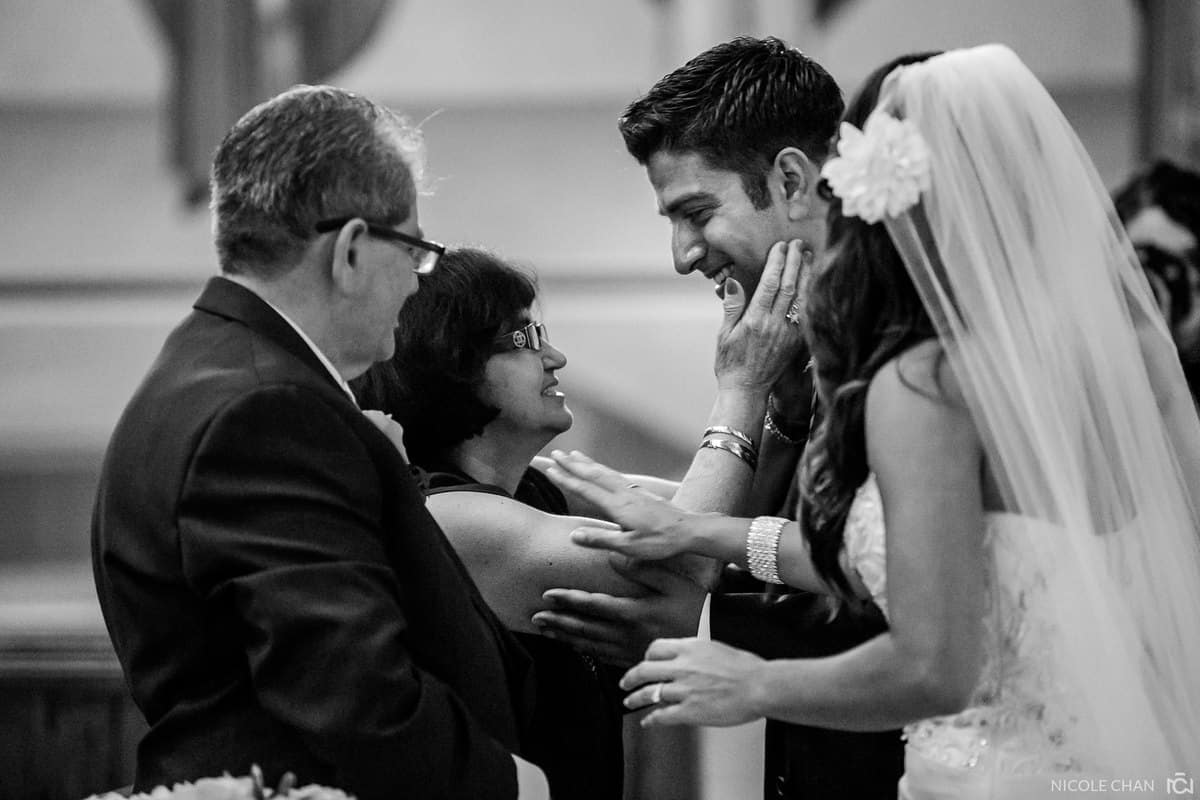 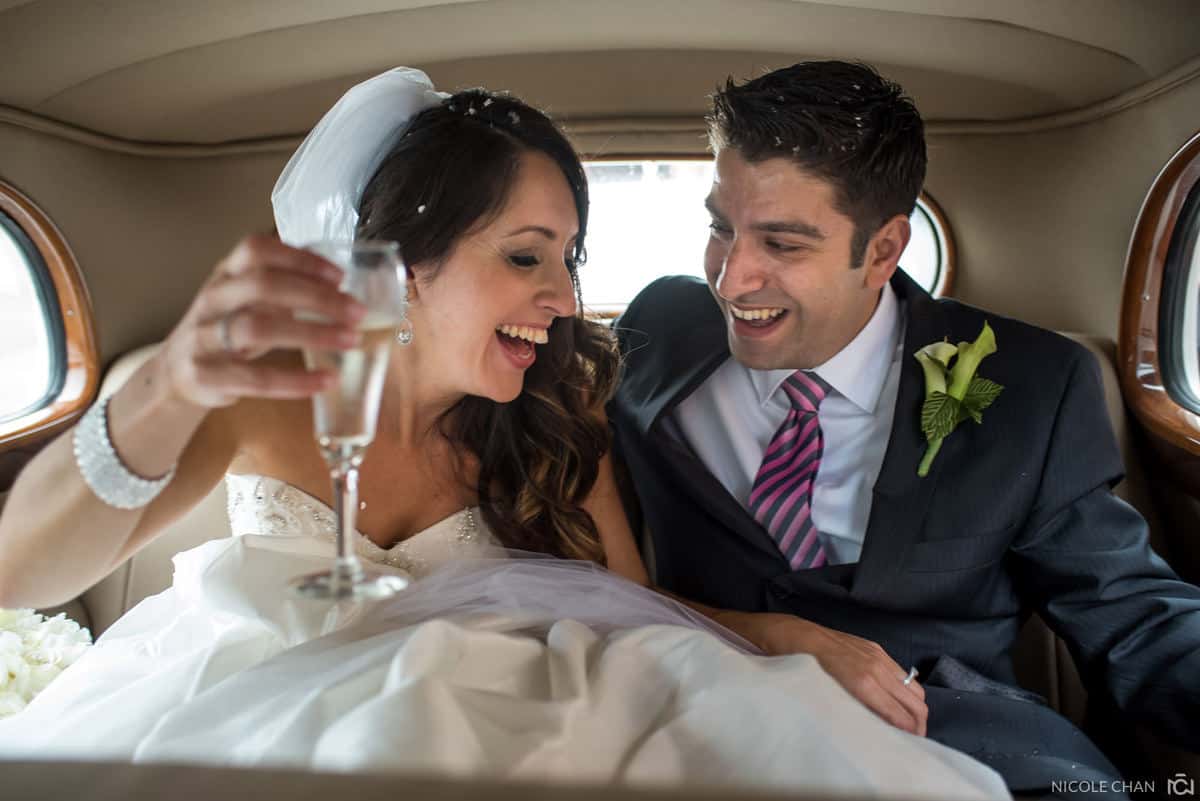 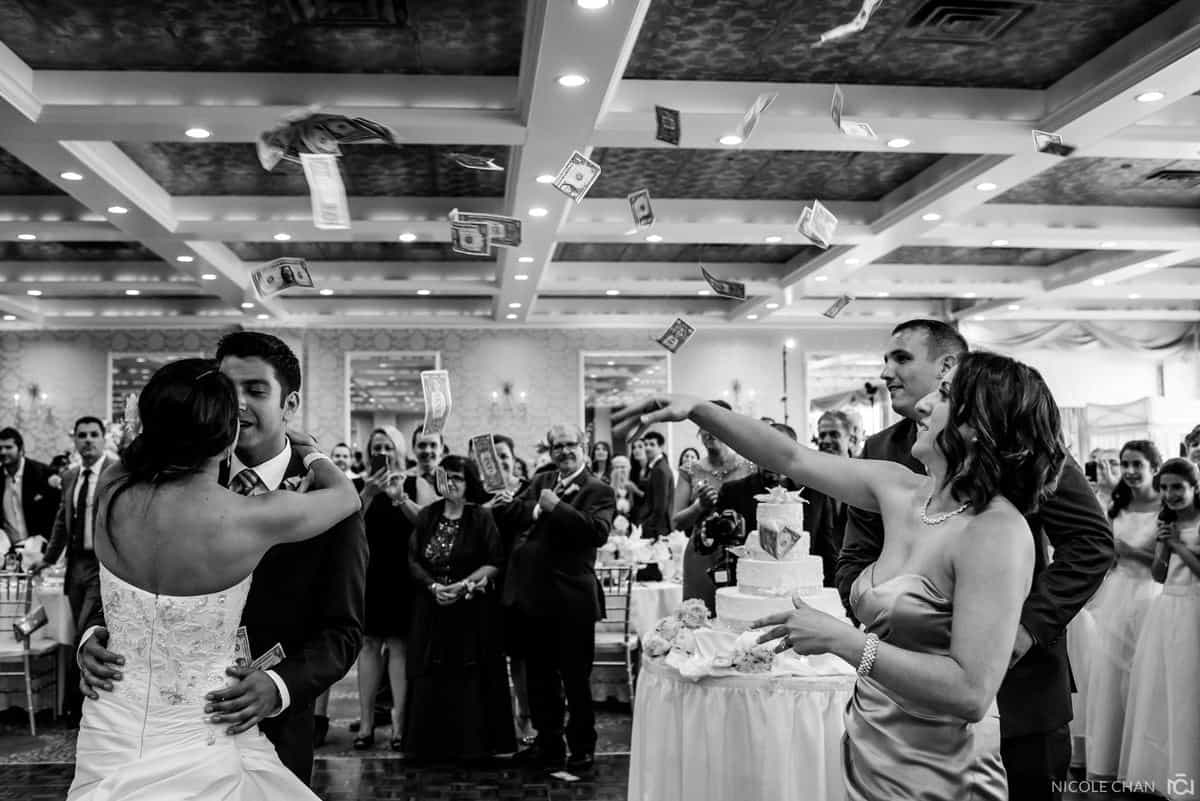 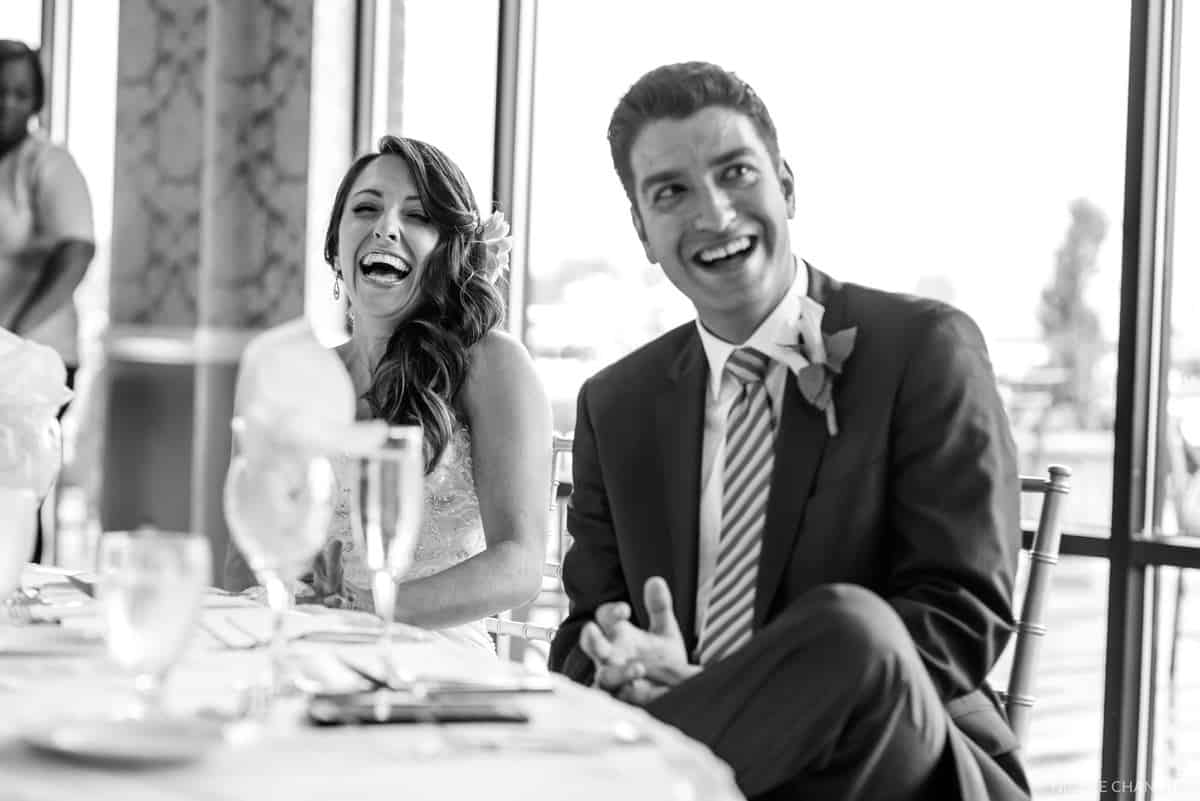 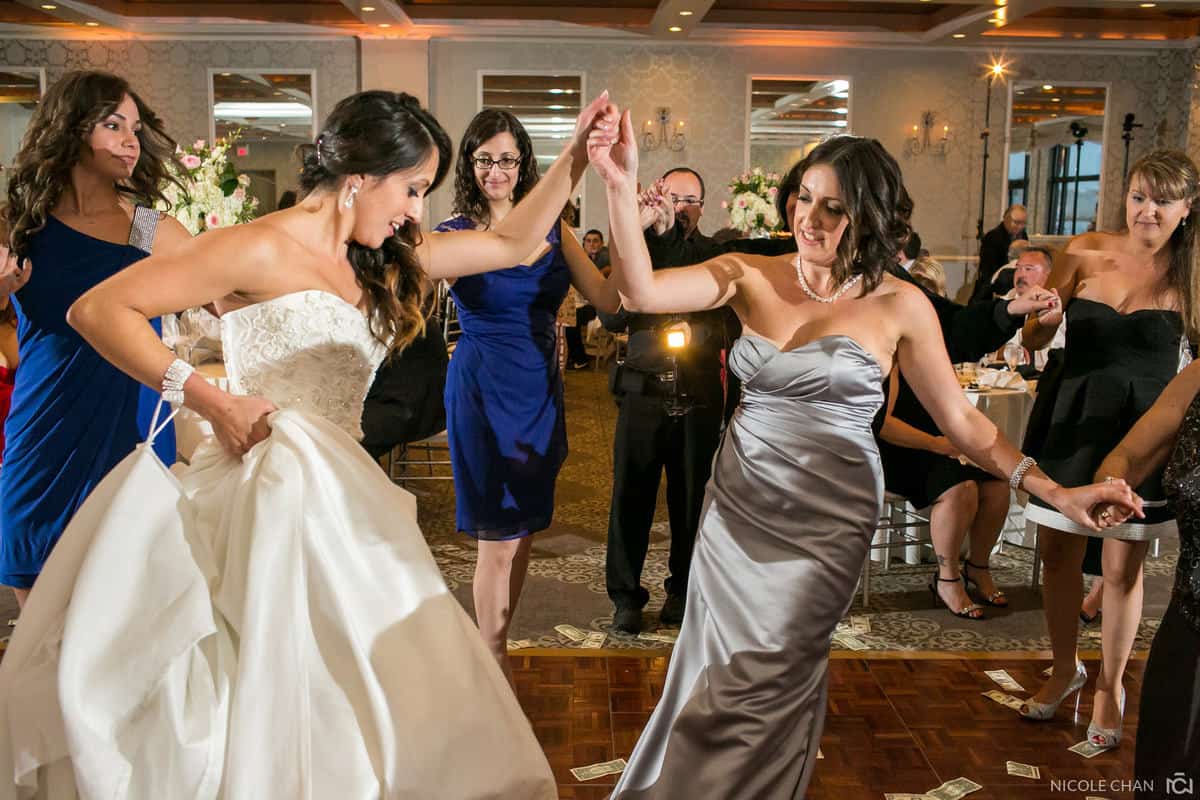 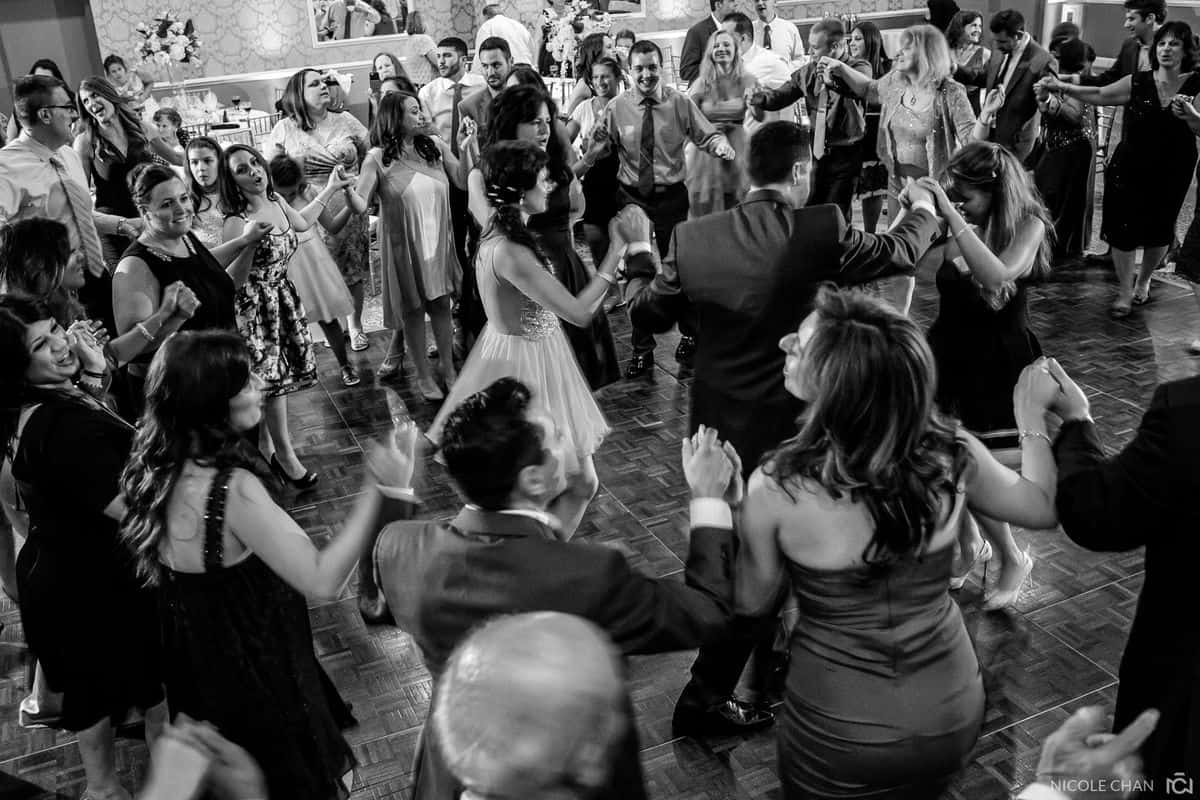 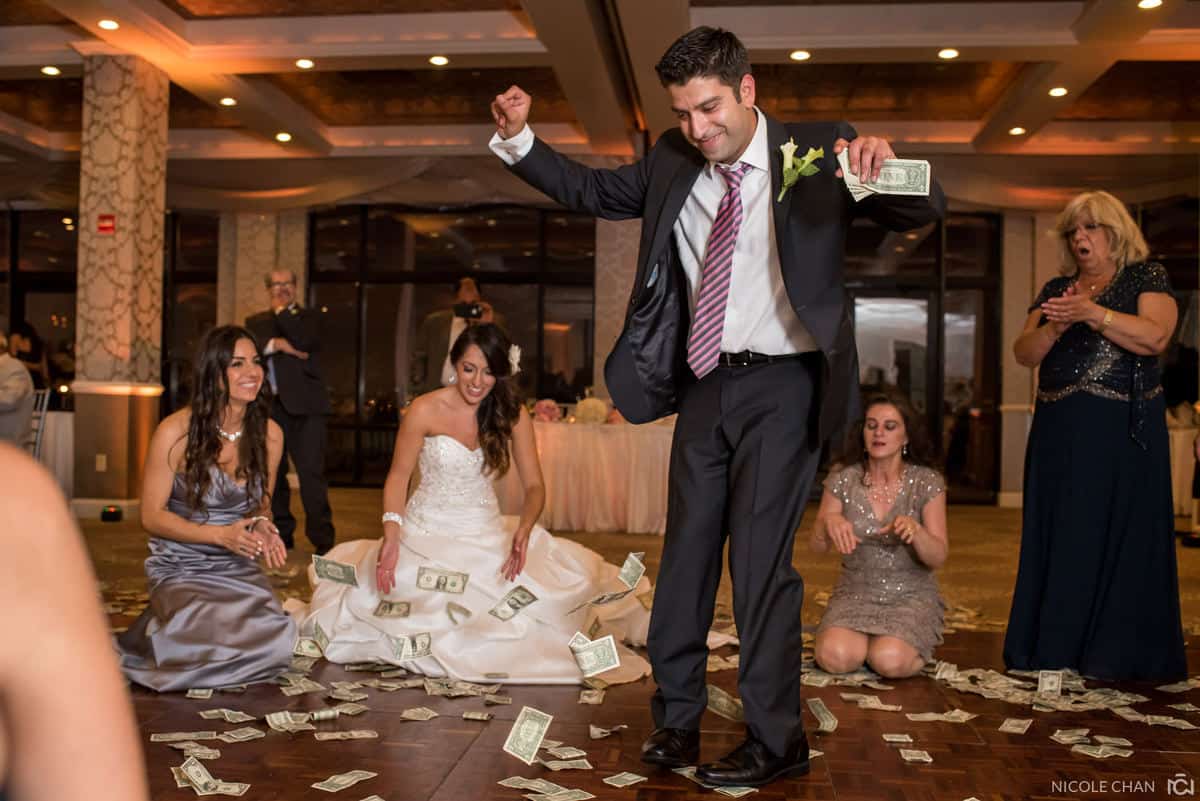 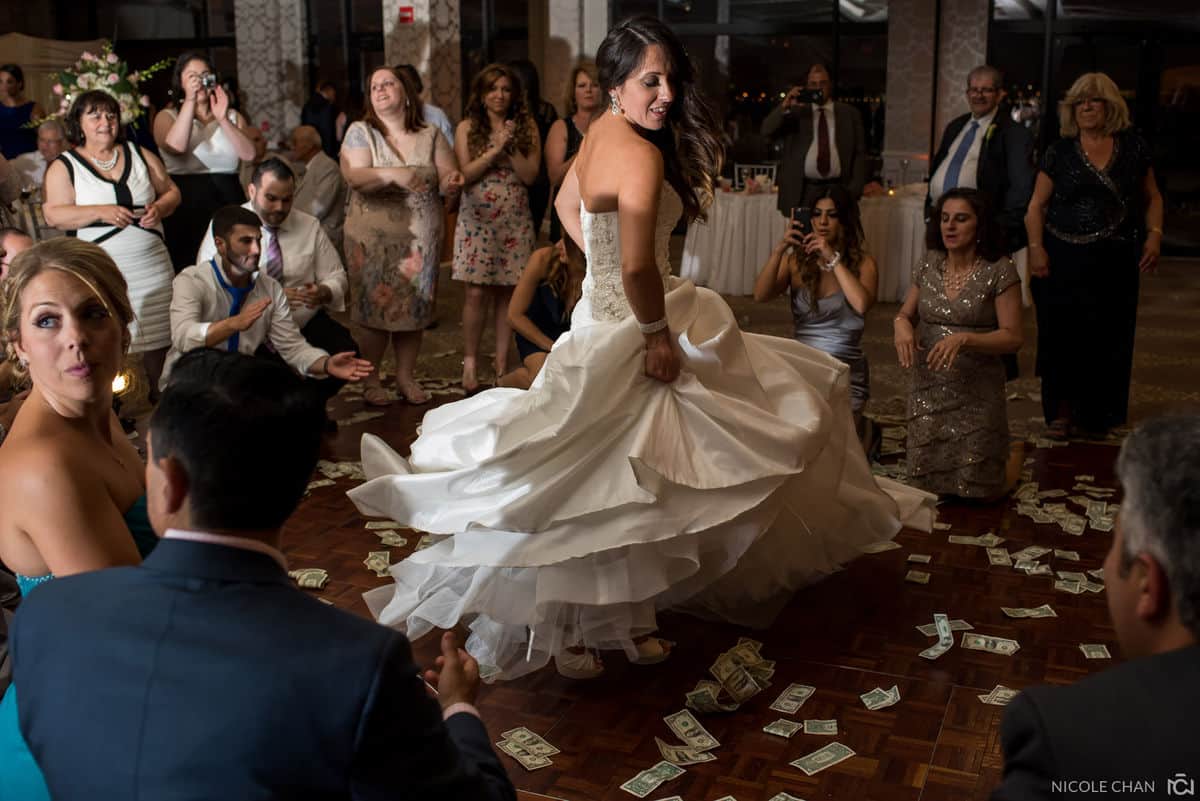 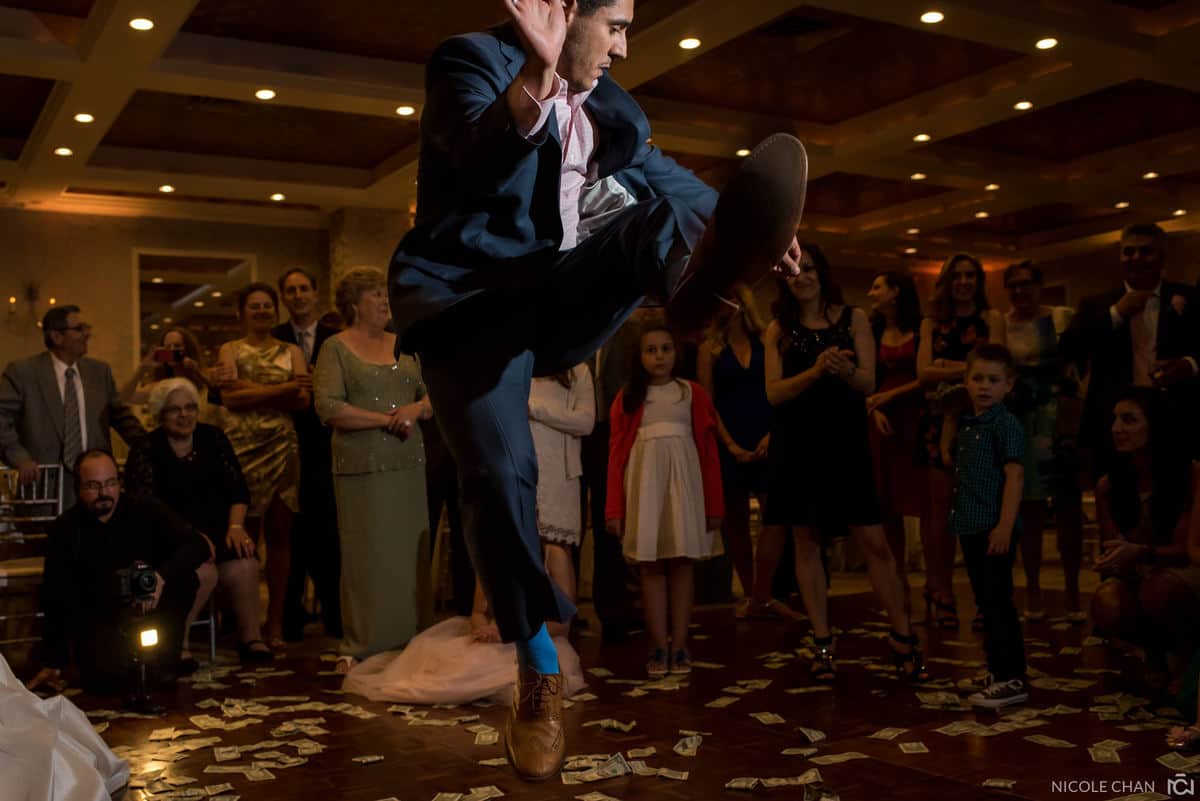 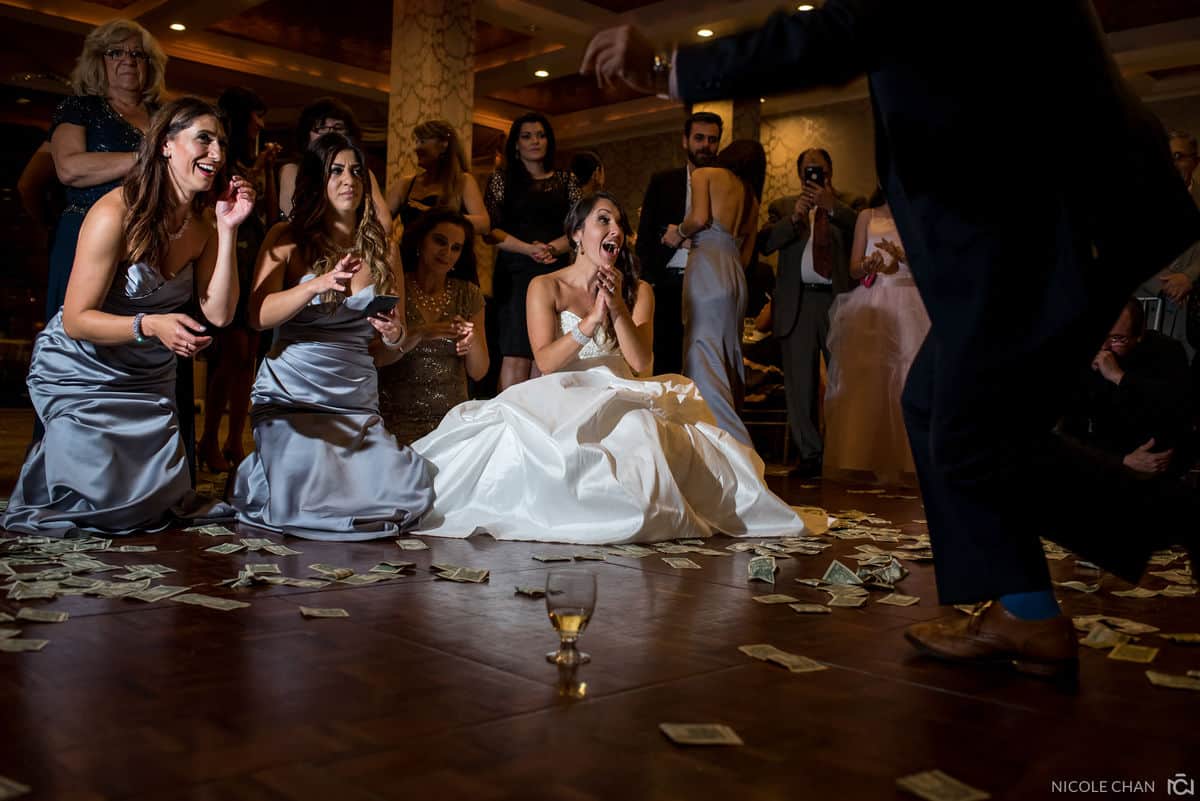 Sotiria and George’s story is one that I thought only happens in movies. She was in a Greek beauty pageant and George asked to take a photo of Sotiria. George and his cousin the owners and operators of a Greek website and George was an accomplished photographer that wanted to create some content for the site. The two spent lots of time together during their 13 year dating period! They’ve crossed many state lines and have spent many days with each others’ families. George’s grandparents consistently tell him that she’s the one. What better “thumbs up” signal can one receive from their grandparents? The two love spending time joking around, hiking, and traveling via George’s beautiful motorcycle. They love hosting BBQs and spending relaxed and carefree quality time with their wedding. This was exactly what their wedding felt like. Drinks. Dancing. Incredible amounts of laughter.

Sotiria and George’s wedding day started at the colorful and freshly painted St. Catherine Greek Orthodox Church in Braintree, MA. I always love the crowning ceremony in Greek ceremonies. This usually happens after the ring exchange. During the Crowing Ceremony, the priest places the crown on the groom’s head, recites the crown blessing, then places it on the bride’s head and again, recites the crown blessing. Afterwards, their priest switched the crowns back and forth over the bride and groom’s head thrice. The crowns are meant to be a reminder of the crowns that await them in Heaven. Another symbol of the crowns shows that Sotiria and George are the new new king and queen of their newly formed family. Though it sprinkled a bit of rain, the downfall held up so that Sotiria and George could have a fun and energetic rice throwing exit immediately following their ceremony. The two tailed it in a beautiful car to their wedding reception at The Venezia in Dorchester, MA. Their night consisted of energy-filled dancing, lot of big hugs, and of course, a beautiful 15 foot dessert bar. 🙂
Previous Post
Next Post