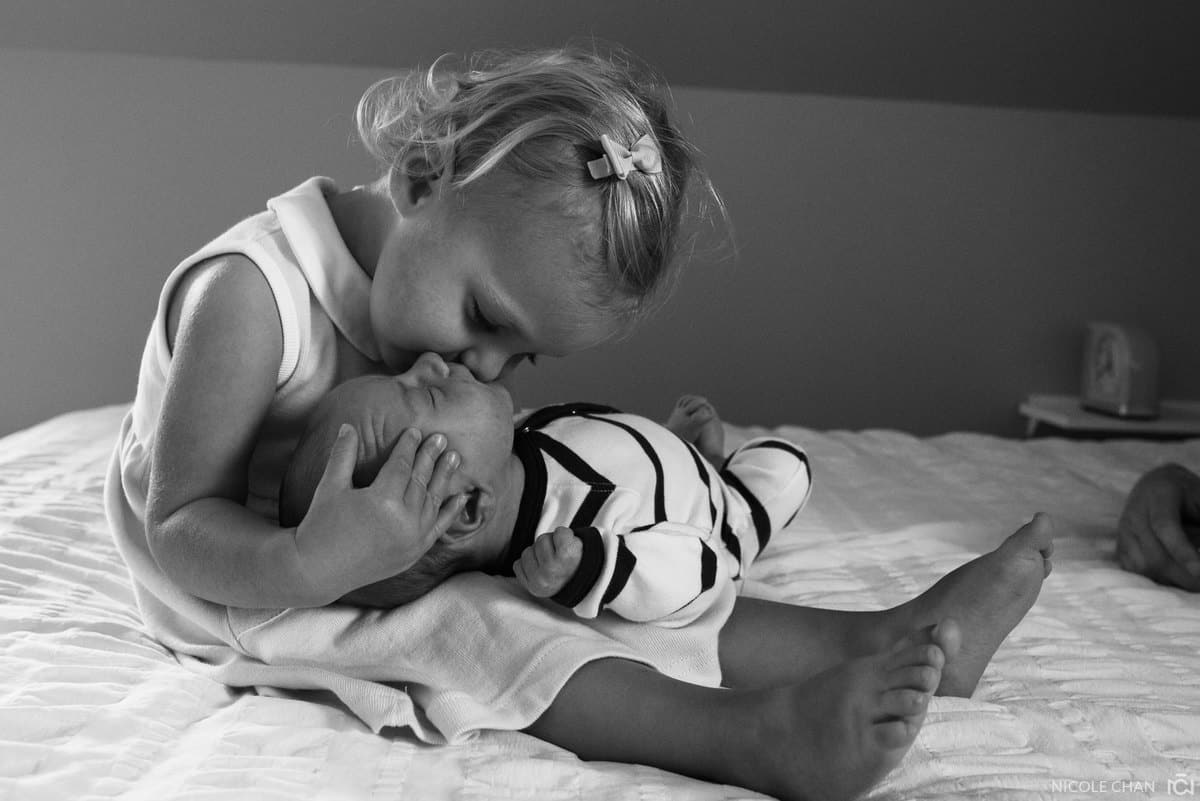 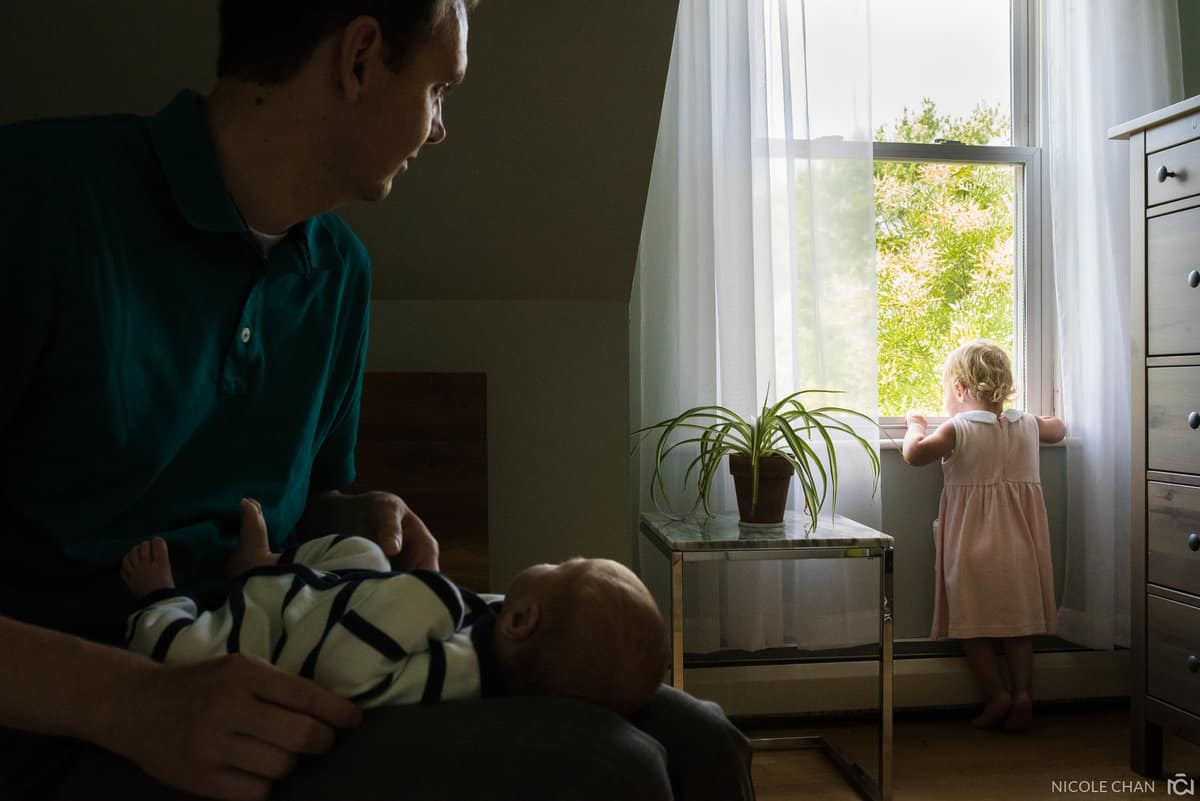 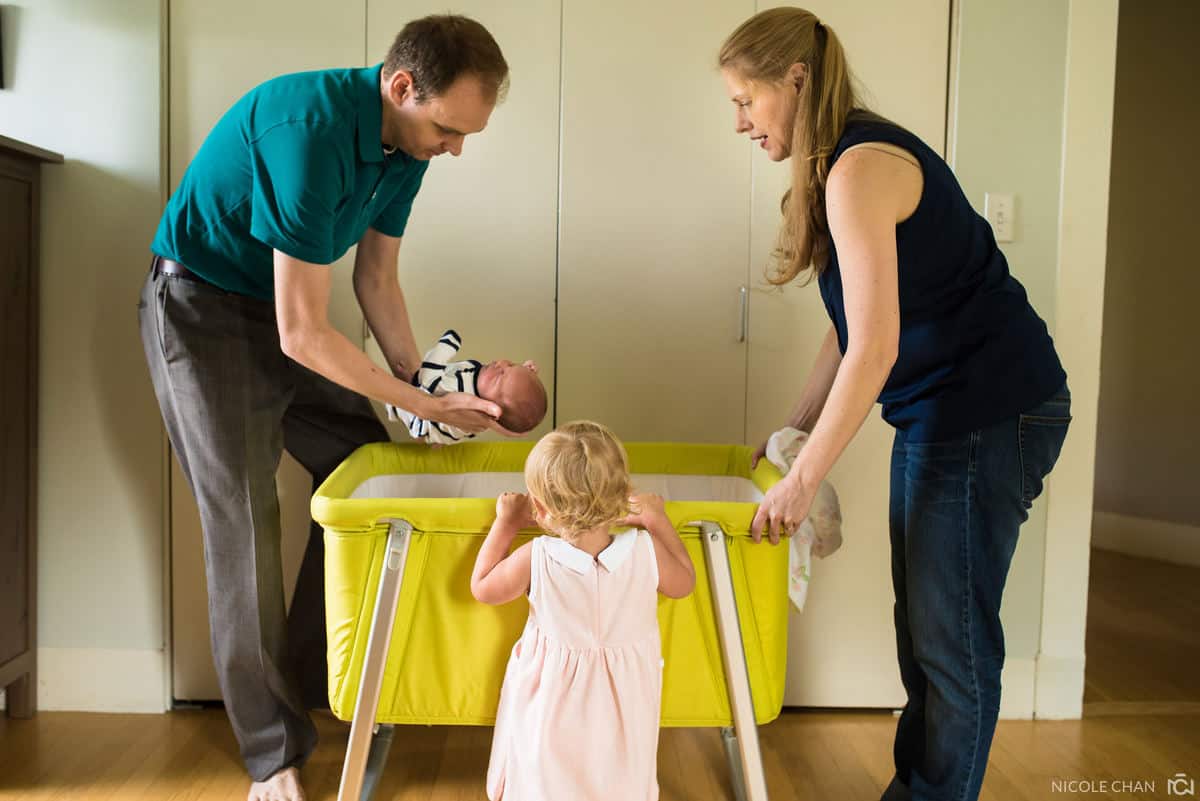 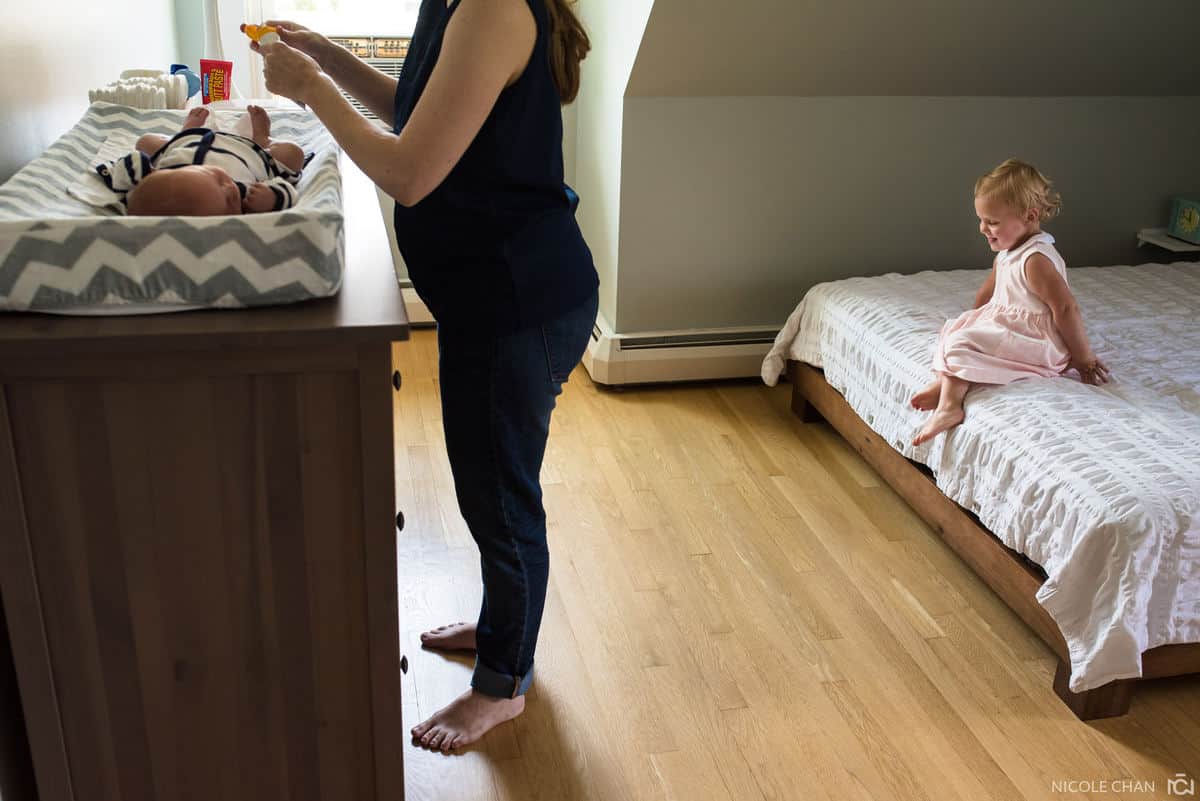 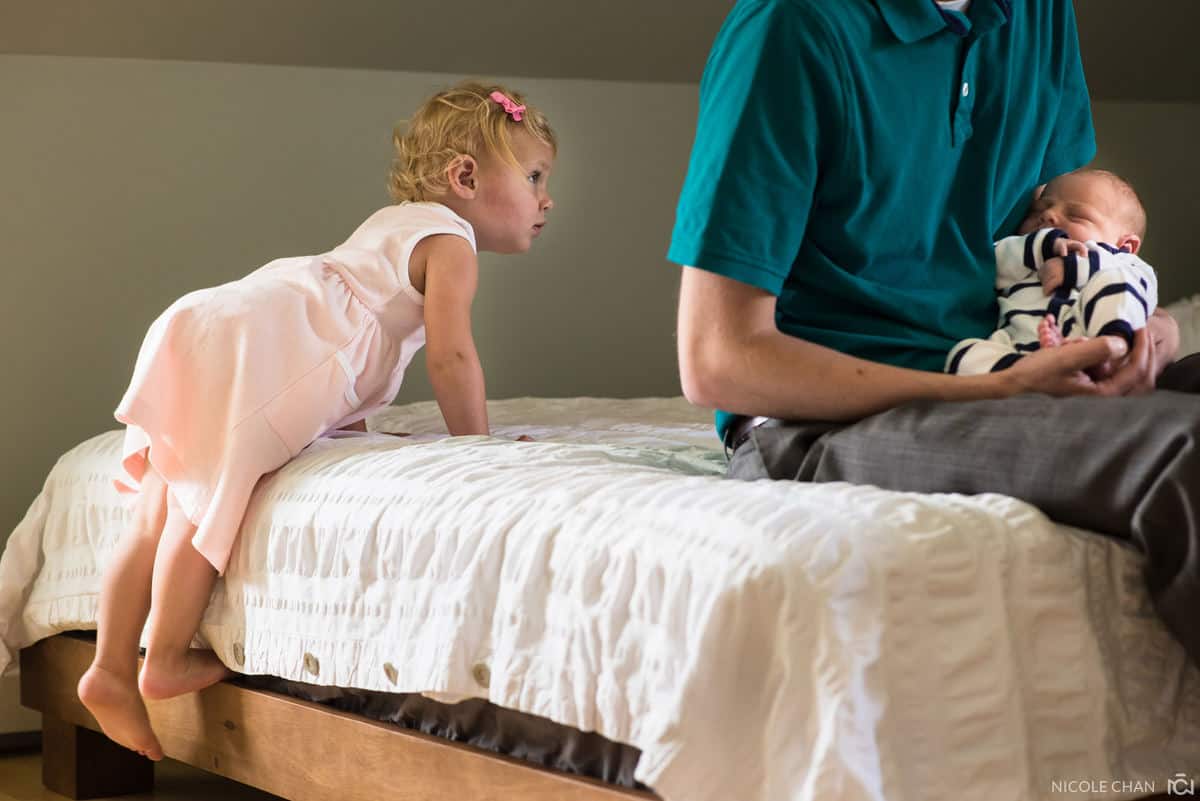 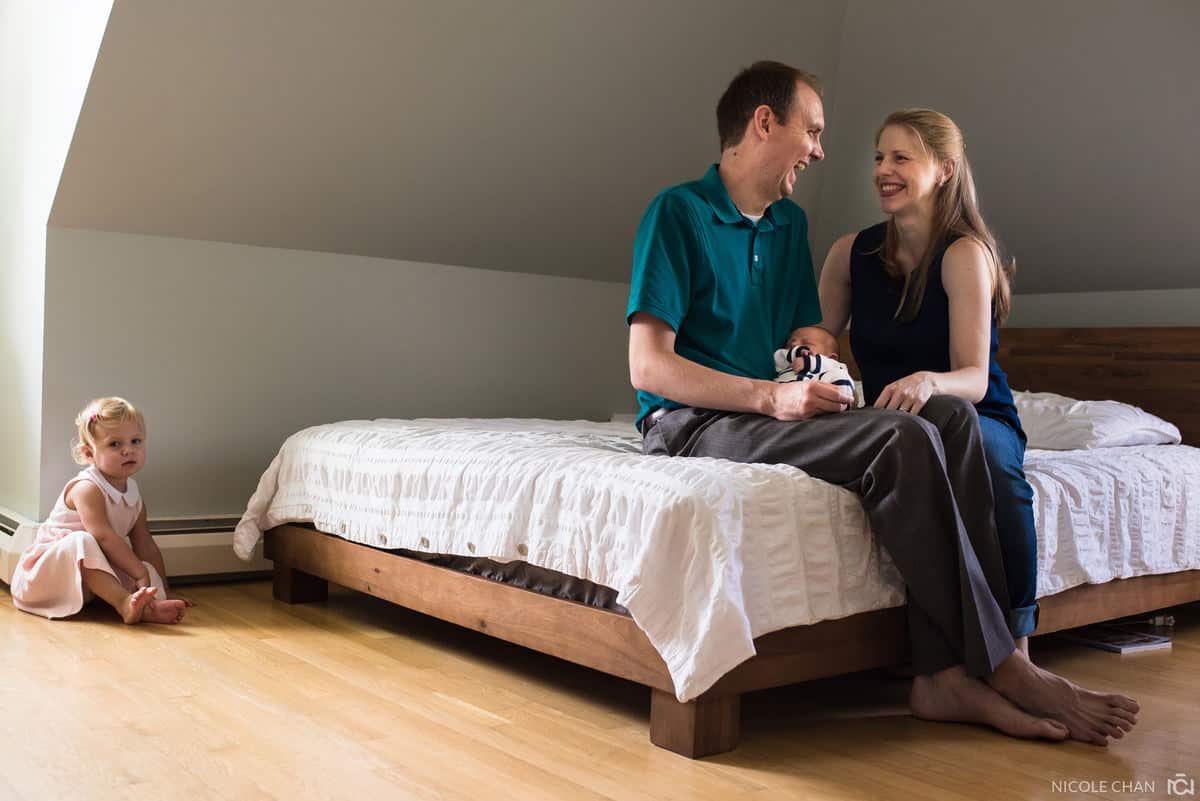 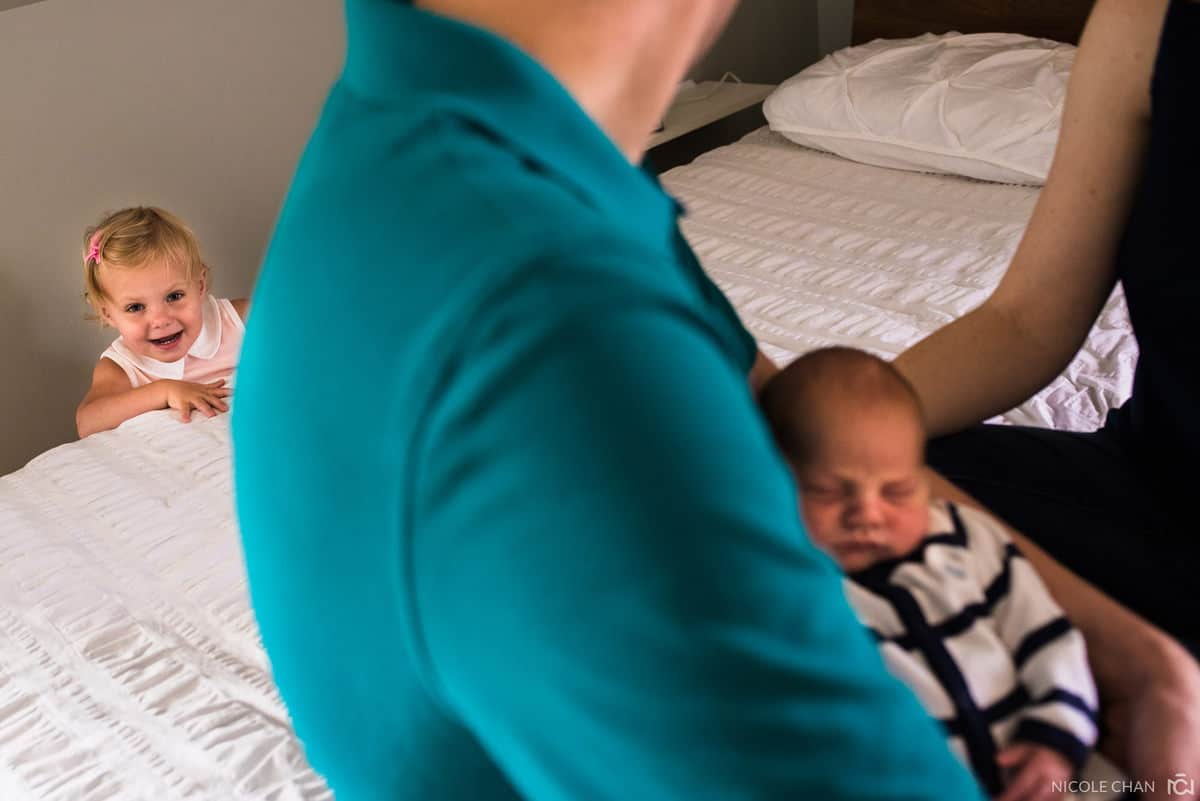 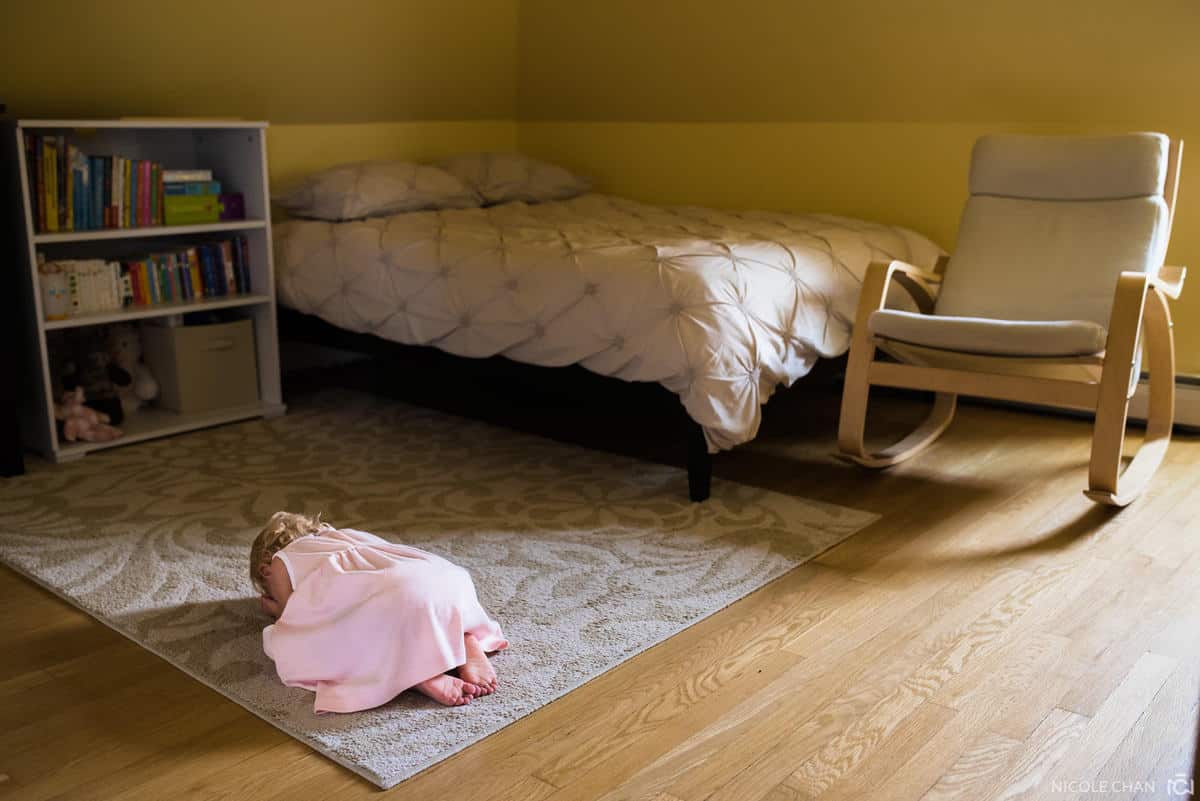 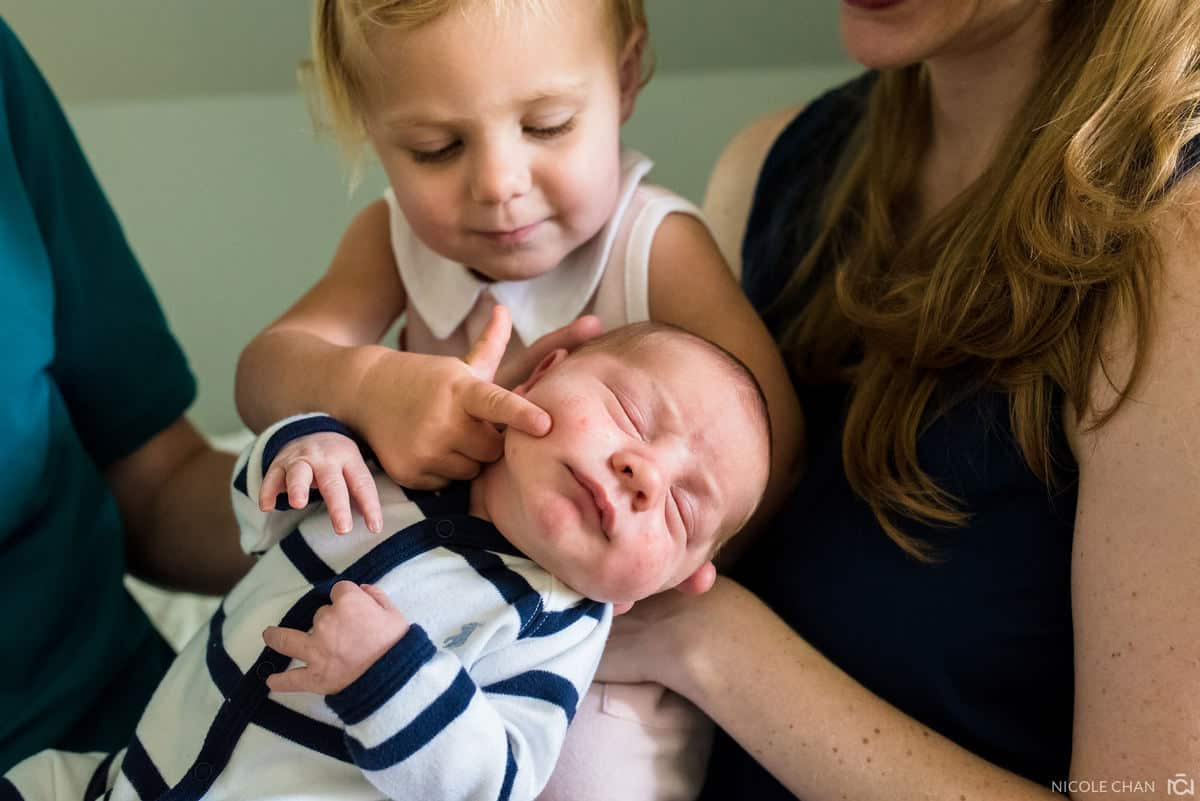 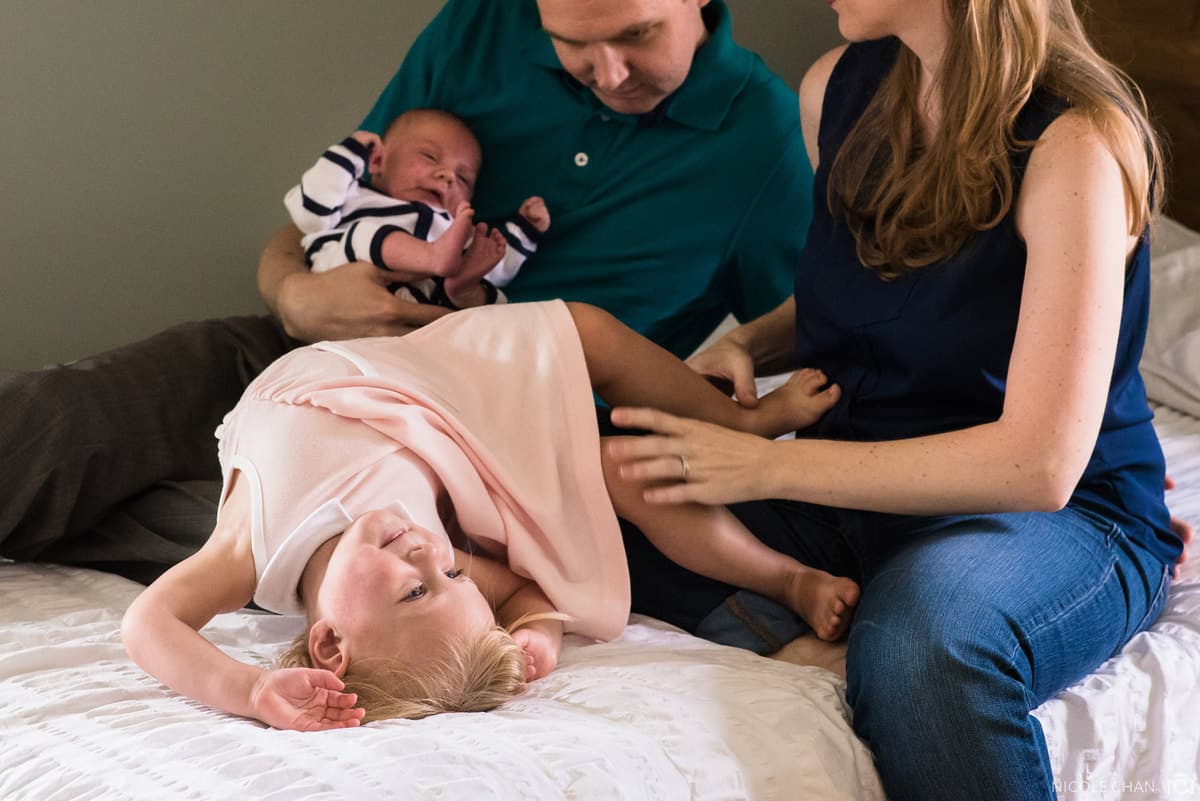 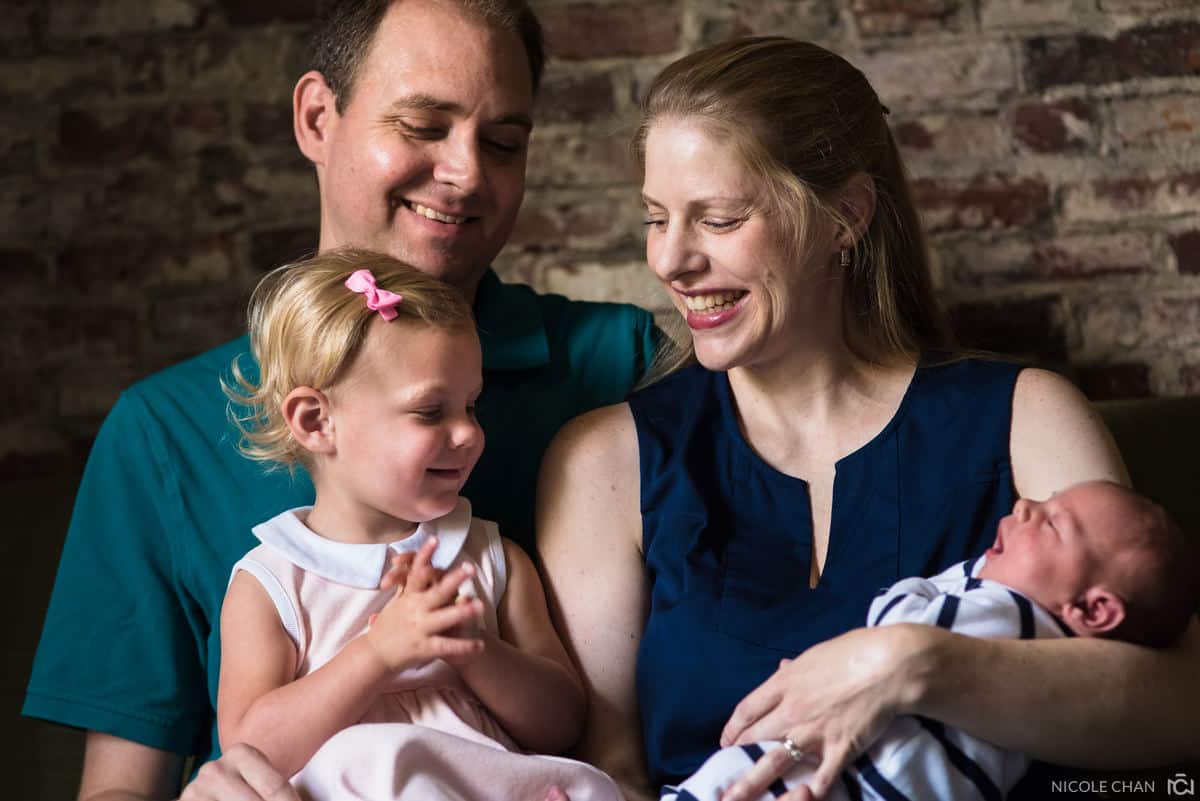 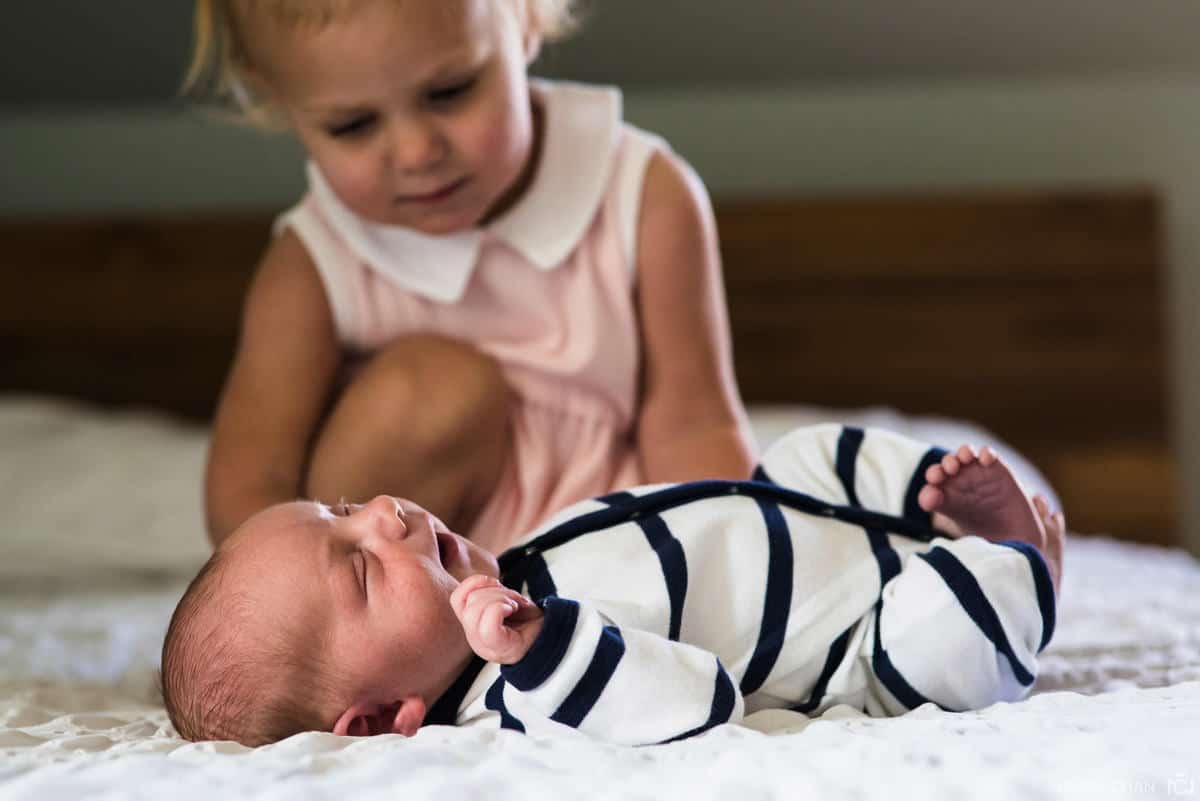 Photographing Corey, Erin, Alice and newly arrived Walter with Nicole was such a blast. It was a fun and relaxed session filled with many cute moments. Alice and Walter were great sports for putting up with the cameras and Corey and Erin were awesome for being so easygoing and funny throughout the shoot. They were patient and flexible which made the entire experience so enjoyable.

Walter seems to be already settled into his new home, and even though it’s tough, Alice seems to be dealing well with now having to share the attention with her new baby brother. She was so sweet and gentle with him while we were there that I can tell she is going to be a great big sister. The entire family’s natural interactions made photographing too easy. They were adorable and Alice’s cute performances made for tons of great moments. It seemed as if Nicole and I were shooting non-stop and ended up taking 2,237 photos in the hour. It was tough having to narrow down from so many, but I feel we captured many that give a glimpse into just how loving their family is. Walter is a lucky guy to become the newest member of this family.