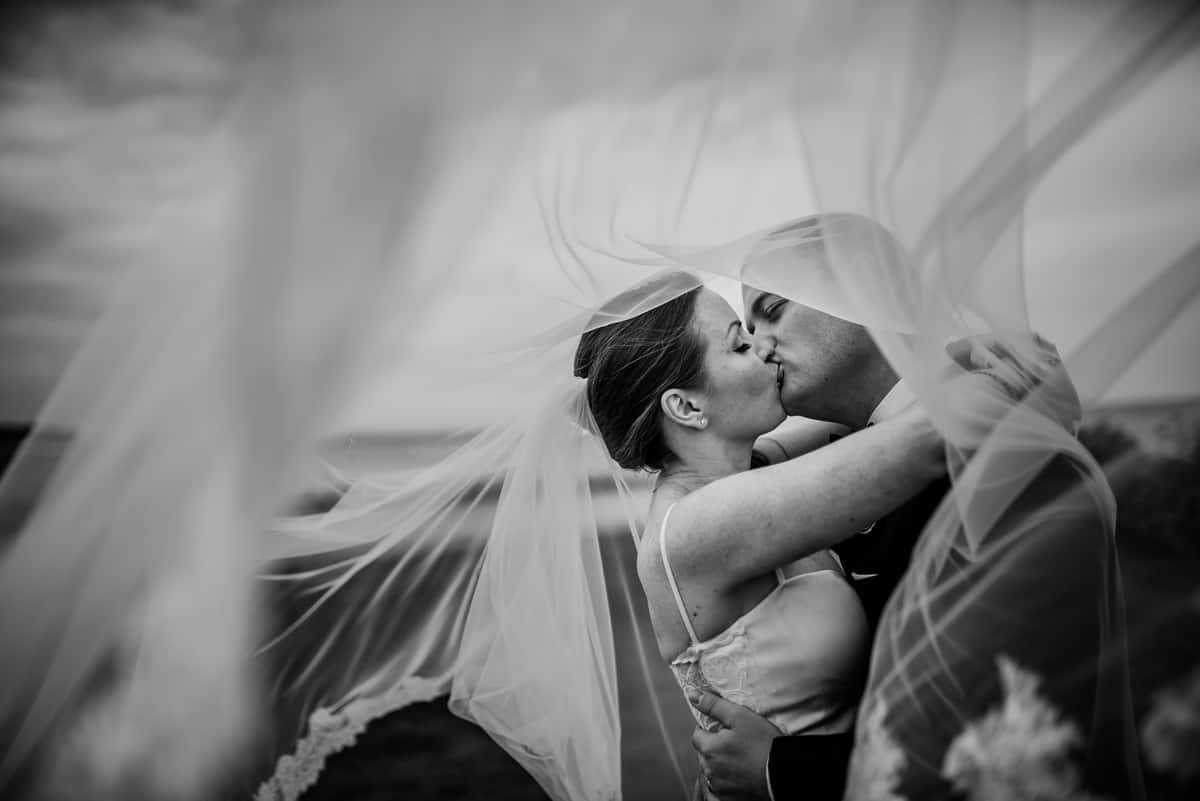 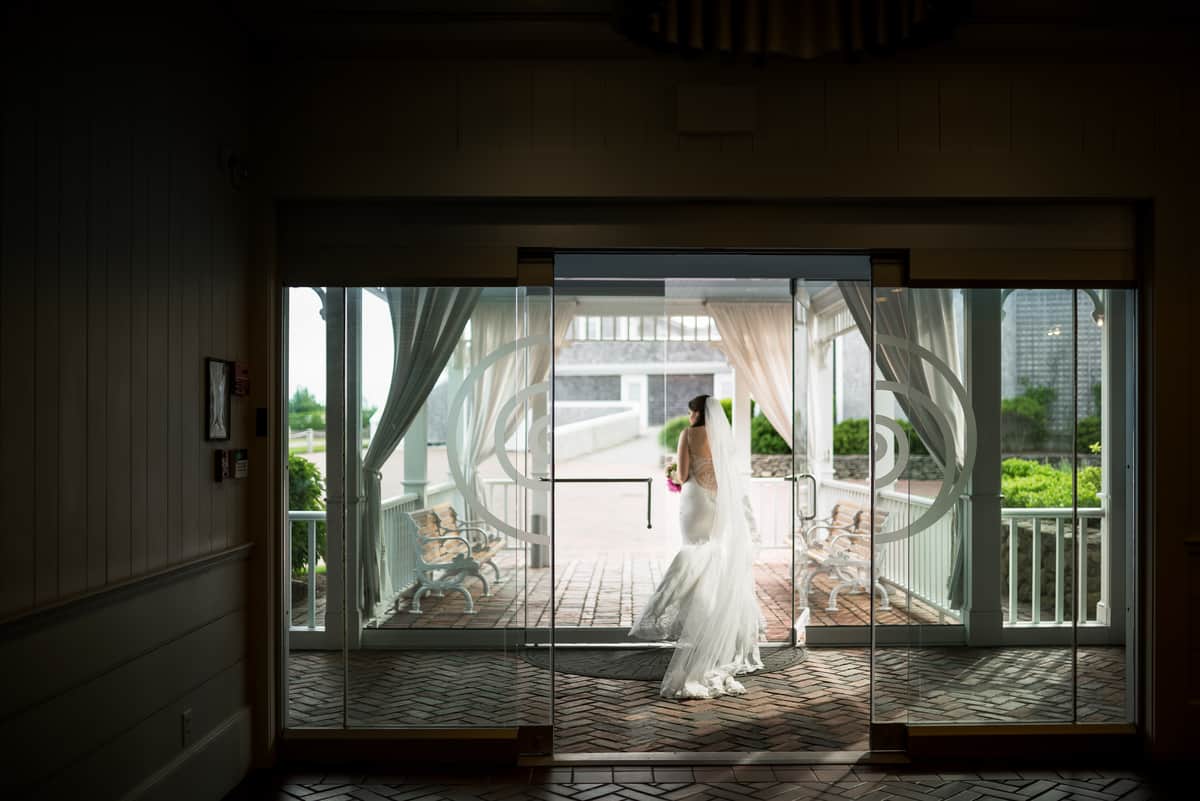 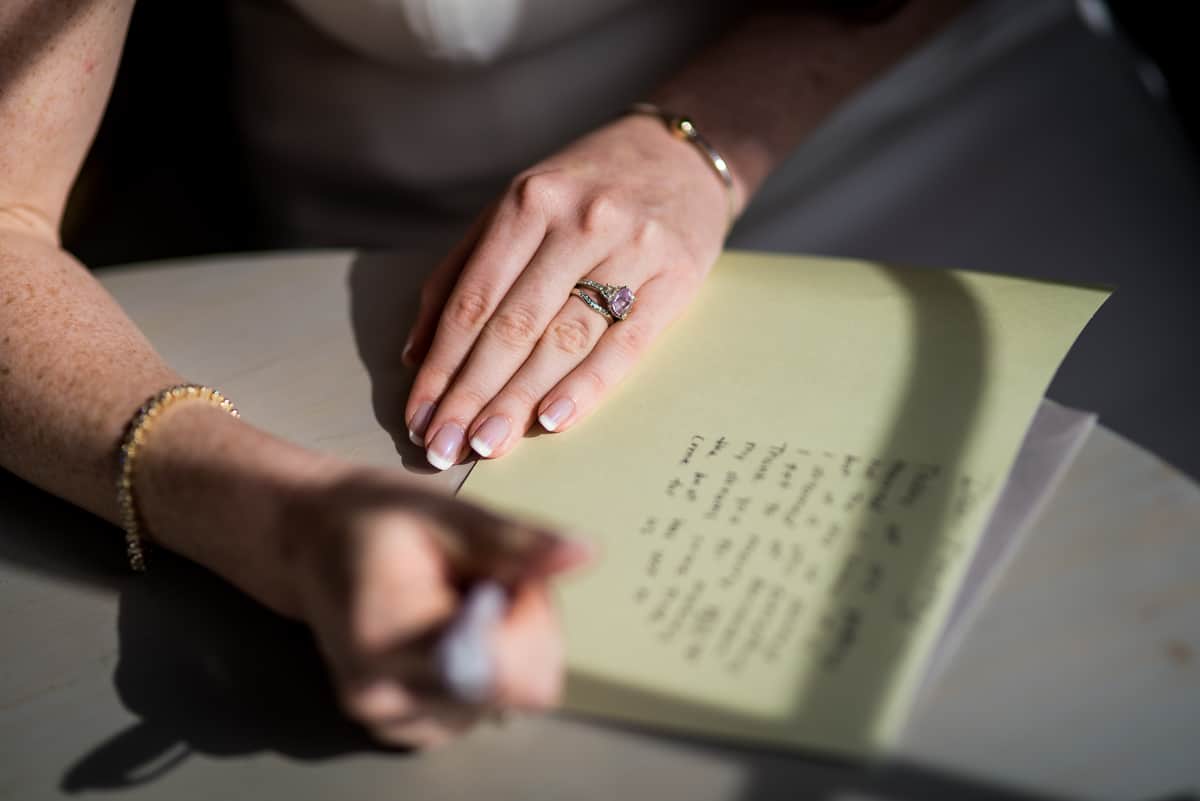 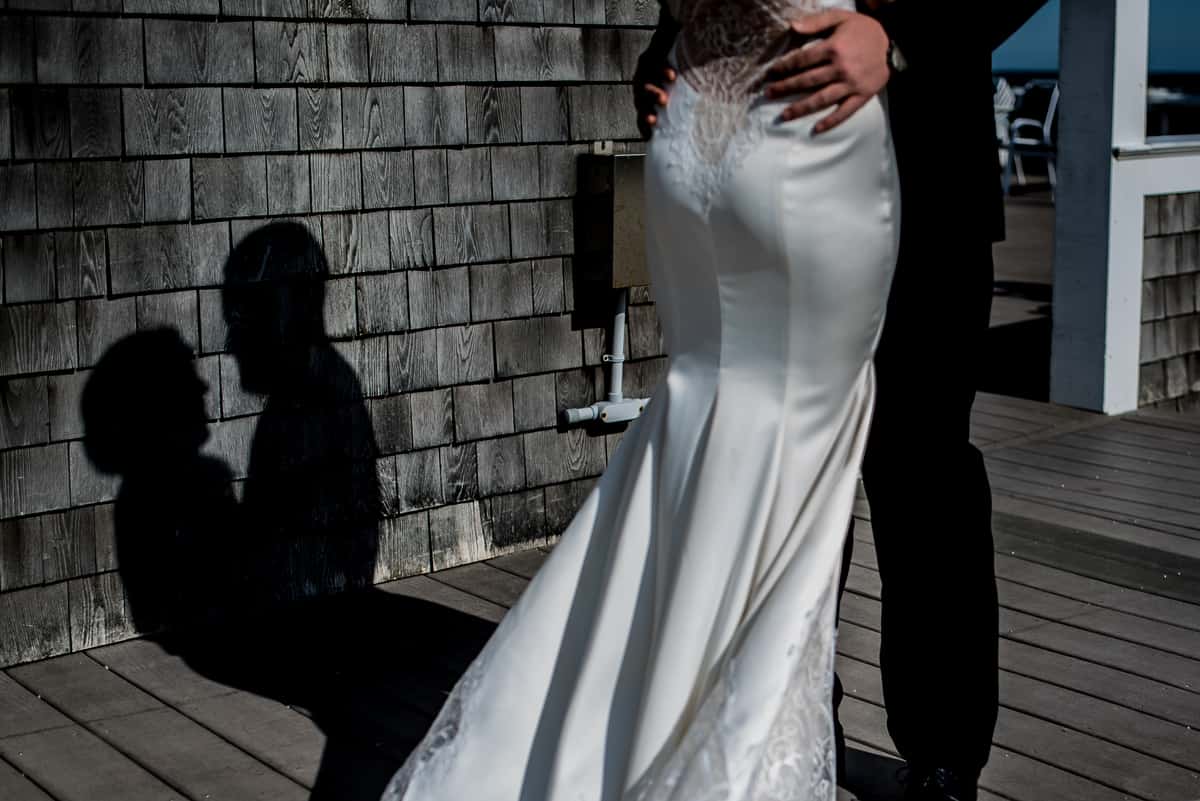 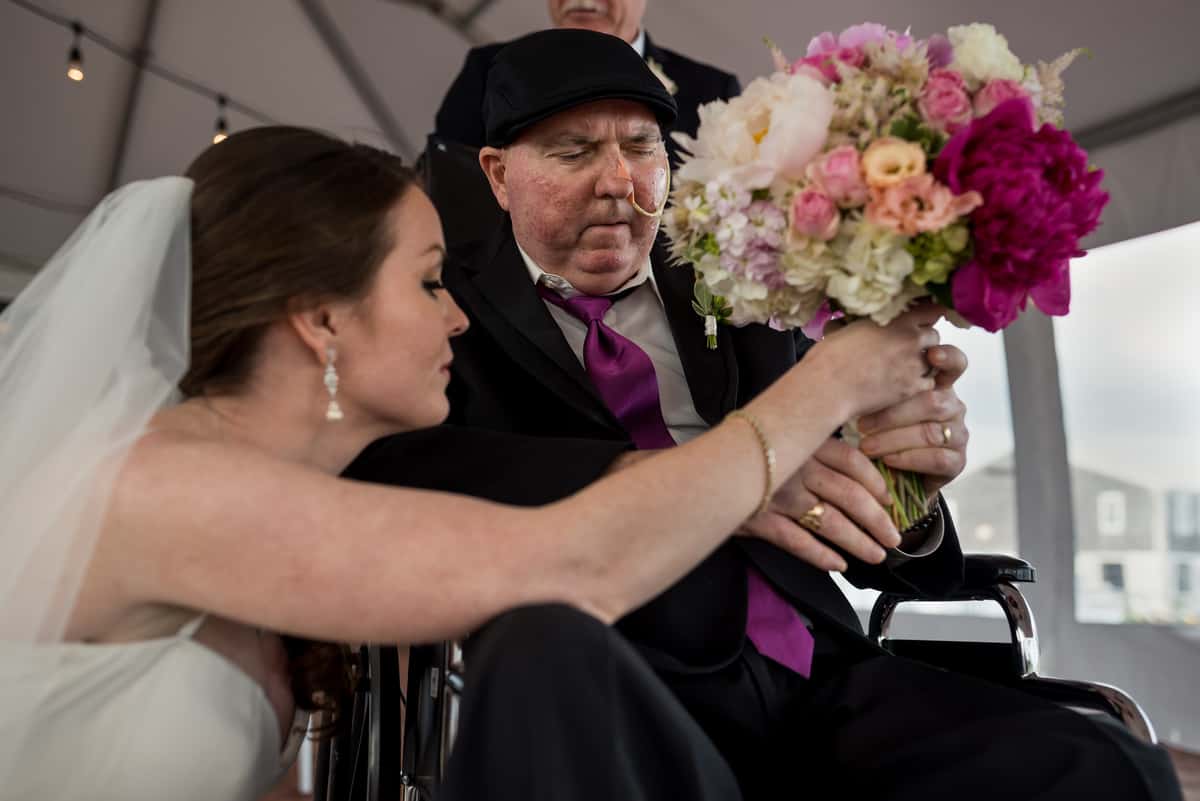 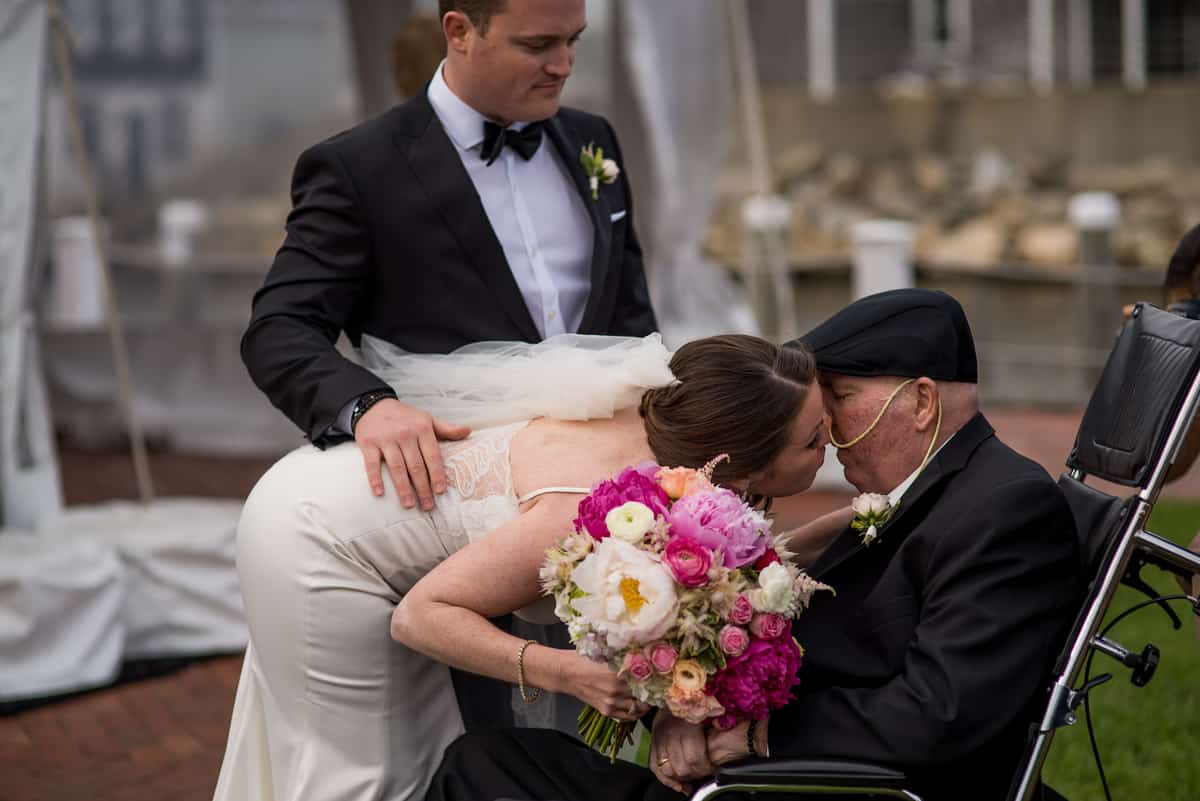 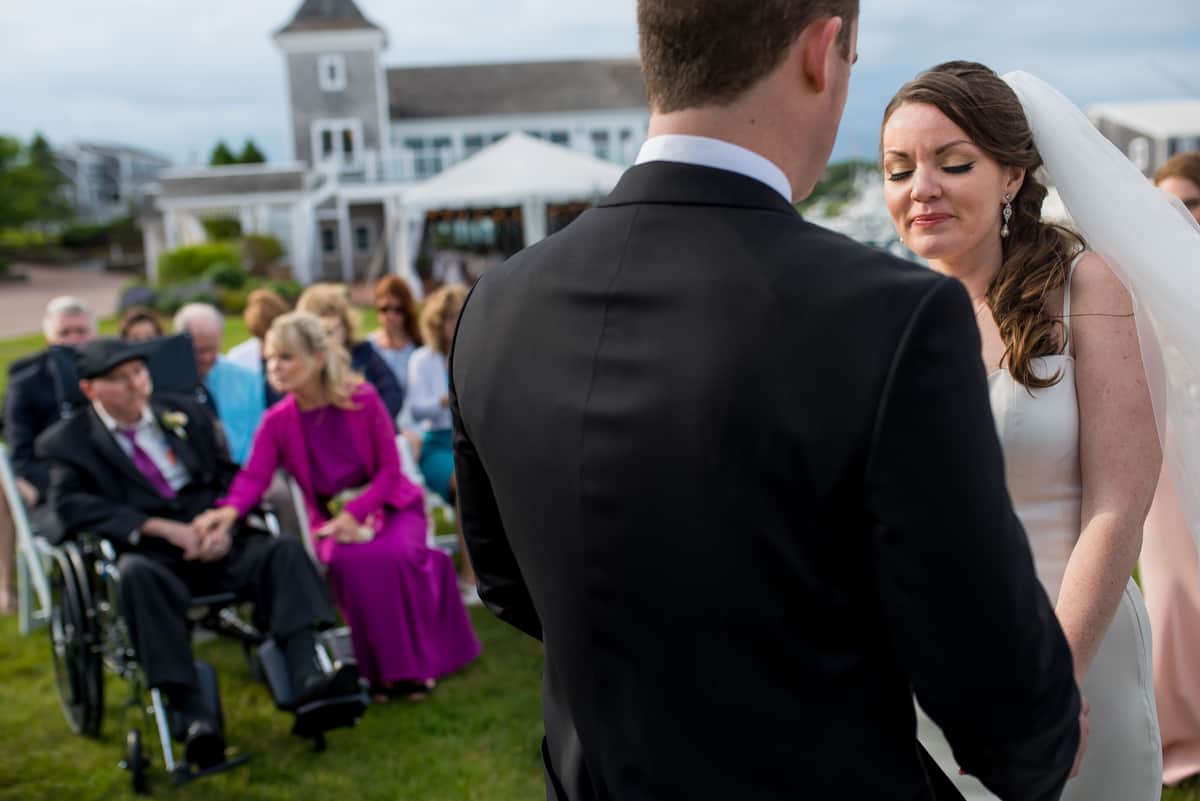 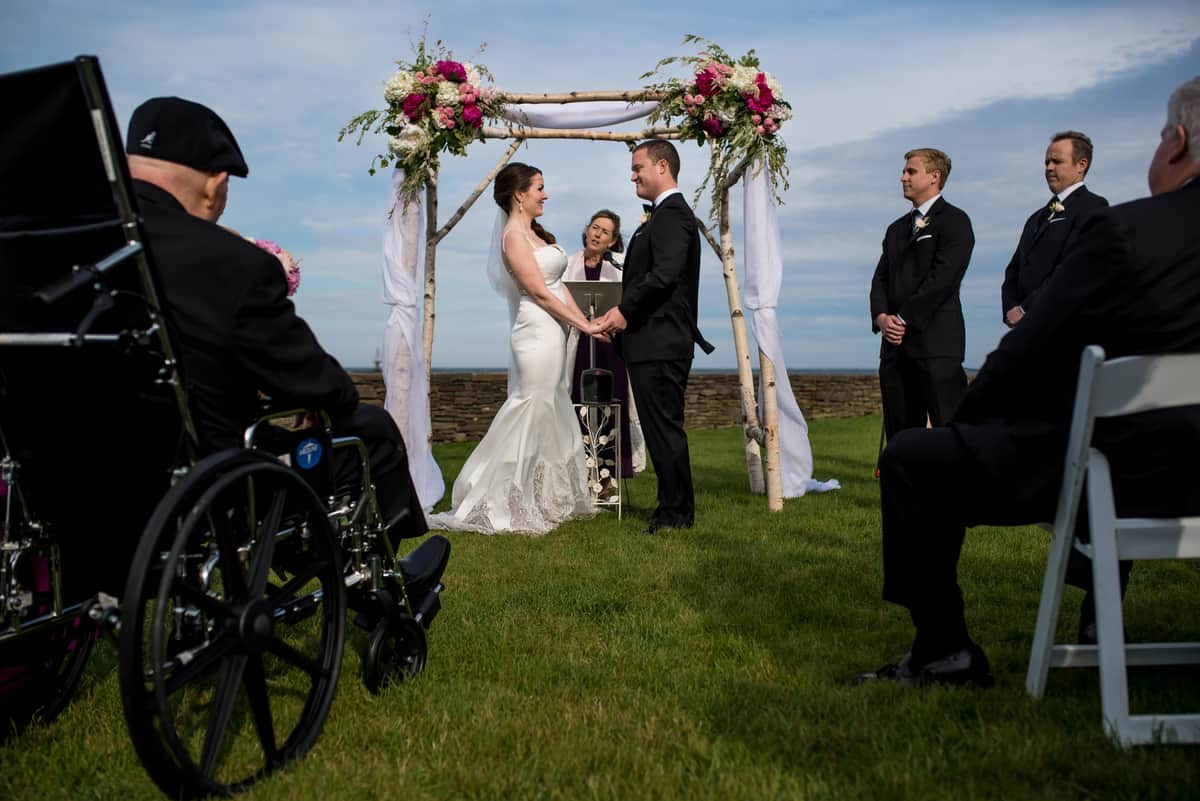 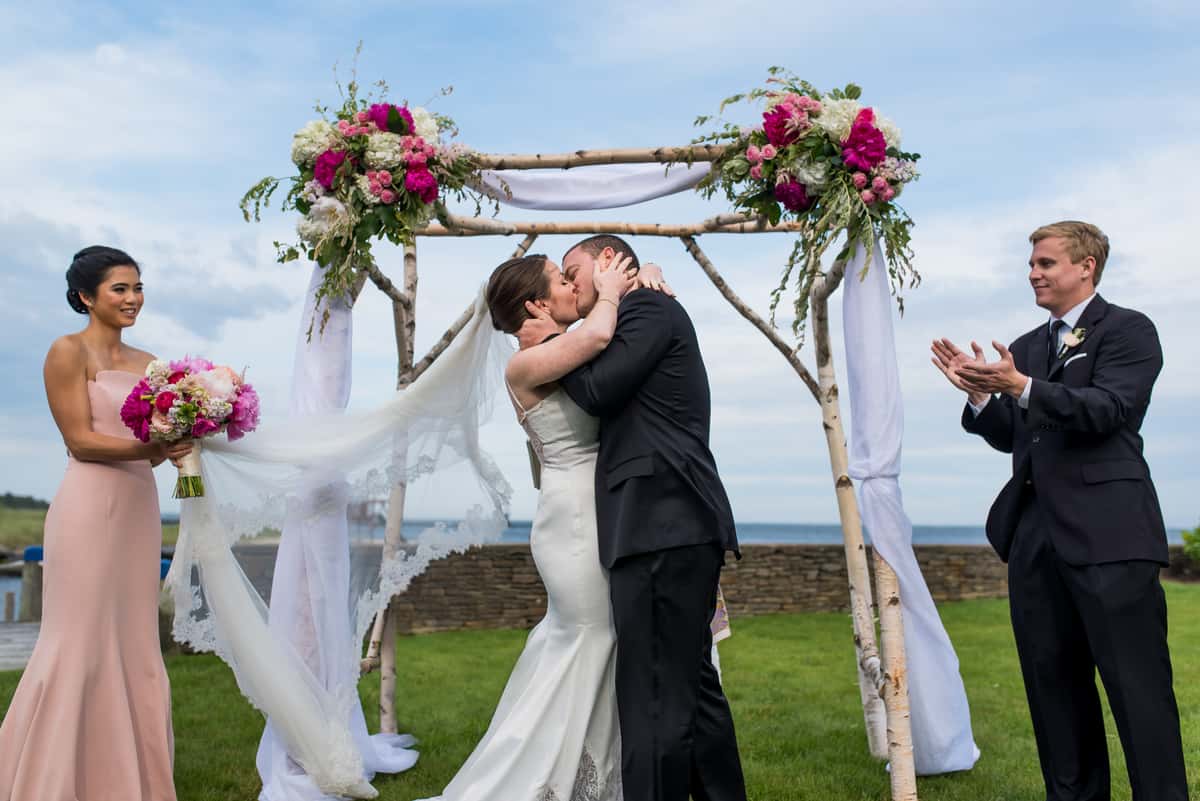 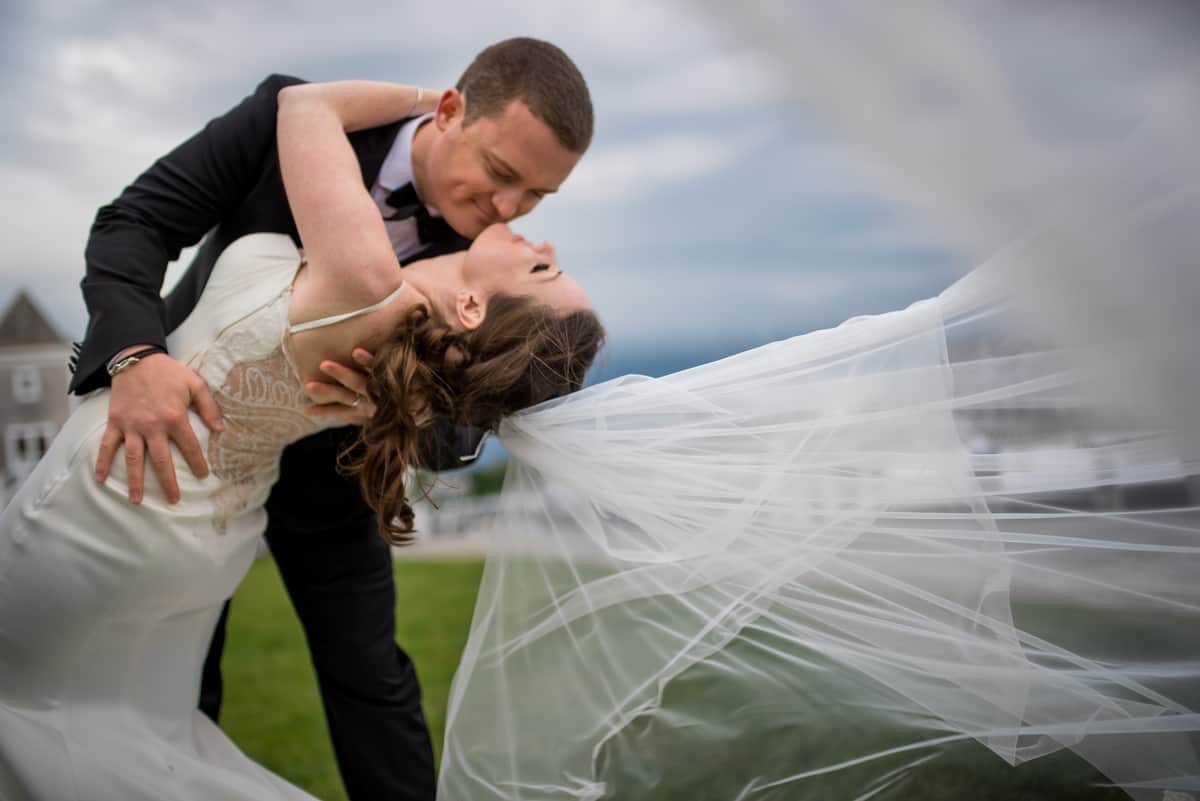 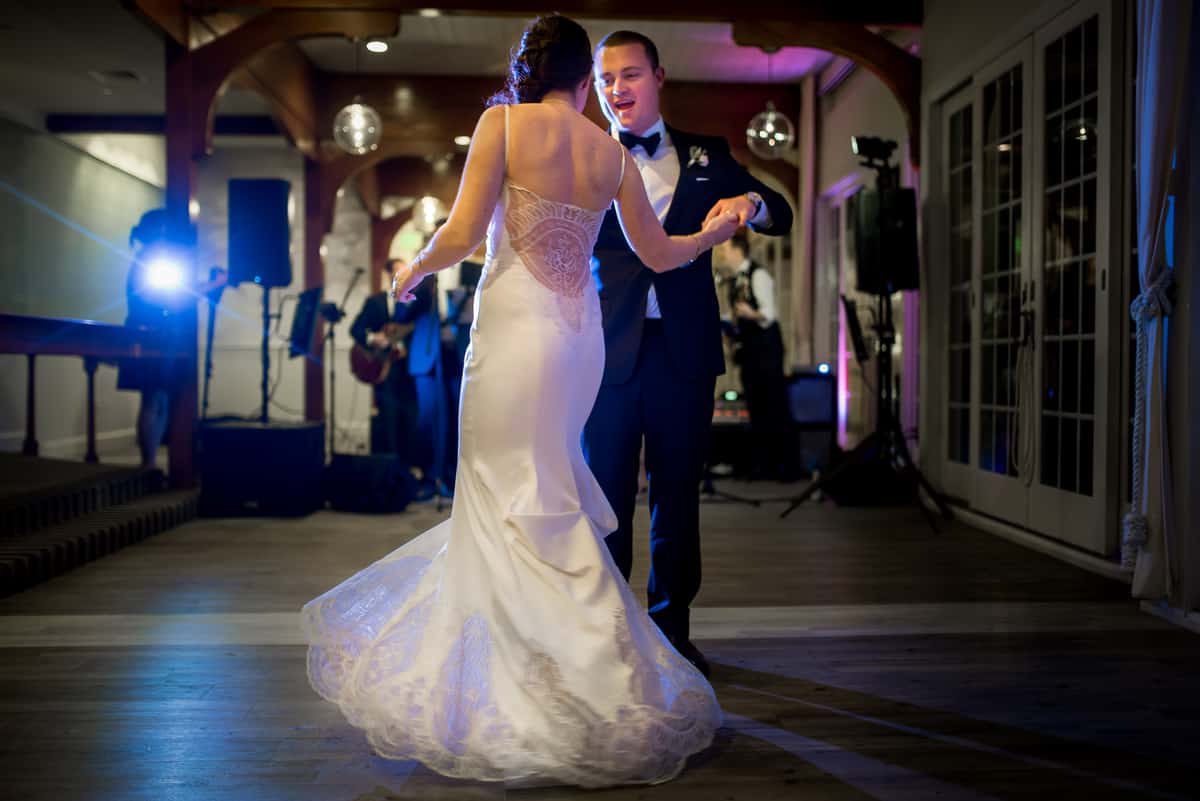 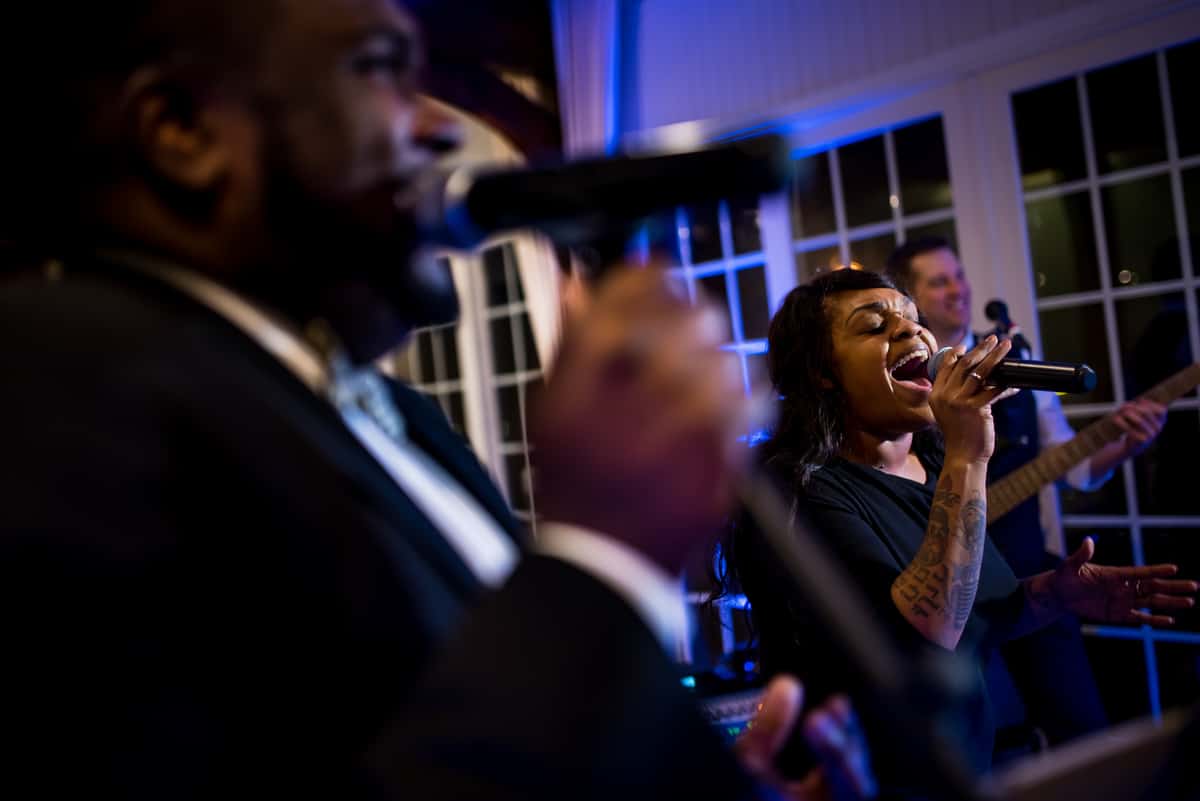 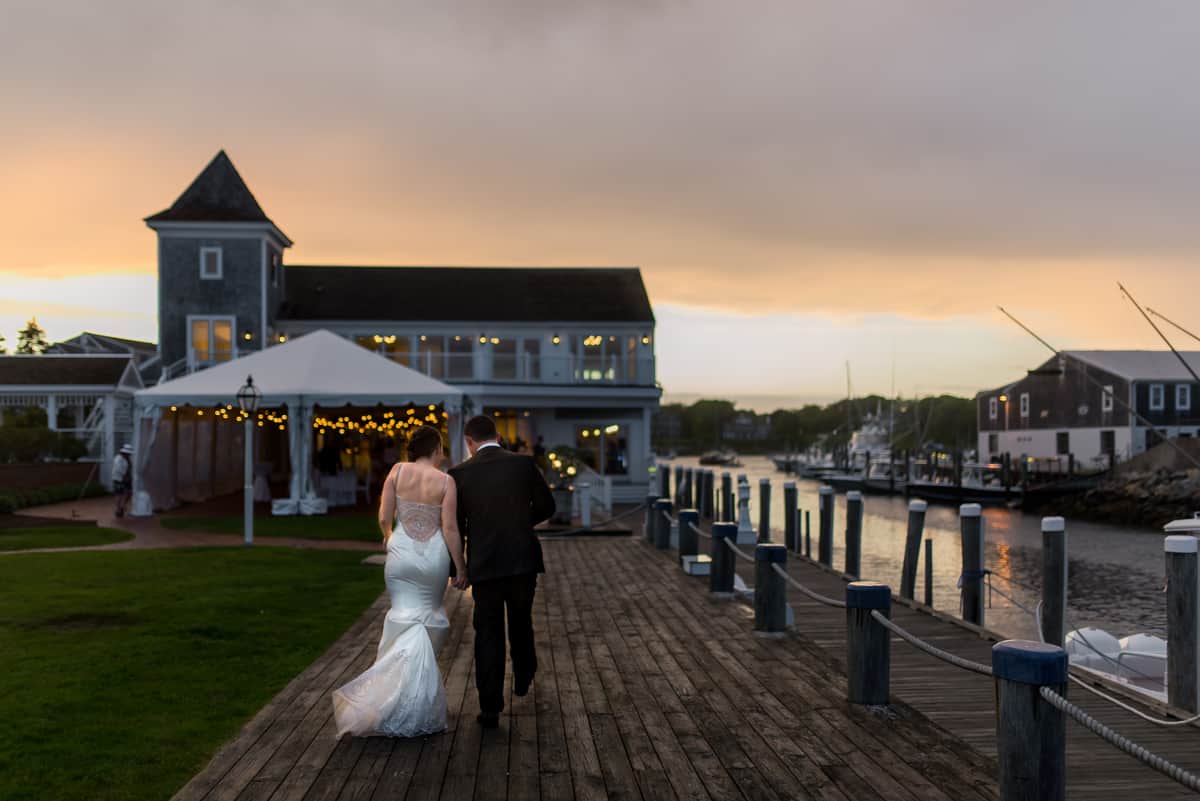 Heather and Tim had been planning a beautiful July summer Cape Cod wedding until they discovered news about Heather’s father. With much determination, incredible decision-making skills, and a lot of love between the two of them, they planned an entire Cape Cod wedding at Wychmere Beach Club in FOUR days. Our entire team (both the photo side as well as the Promessa Studios Boston wedding videography team) traveled down to the Cape mid-week to photograph these two say “I do” to each other. We hadn’t seen them since we photographed Tim going down on one knee and asking Heather to marry him.
The day started with the ladies getting ready at Bayberry Bluff and the gentlemen getting ready in Monomoy. Tim met Heather on the boardwalk, for their First Look. Many happy tears were shed as Heather’s father escorted his daughter down the aisle to a very handsome groom. As the summer Cape Cod wedding ceremony ended, the real party started! A beautiful double rainbow greeted them during their wedding reception. Heather shared an emotional father/daughter dance as well as a special dance with her uncle and her brother.
Cape Cod wedding ceremony and reception venue: Wychmere Beach Club
Videography: Promessa Studios
Bridesmaids’ dresses:  Rent the Runway
Photo Booth: Nicole Chan Photography
Previous Post
Next Post