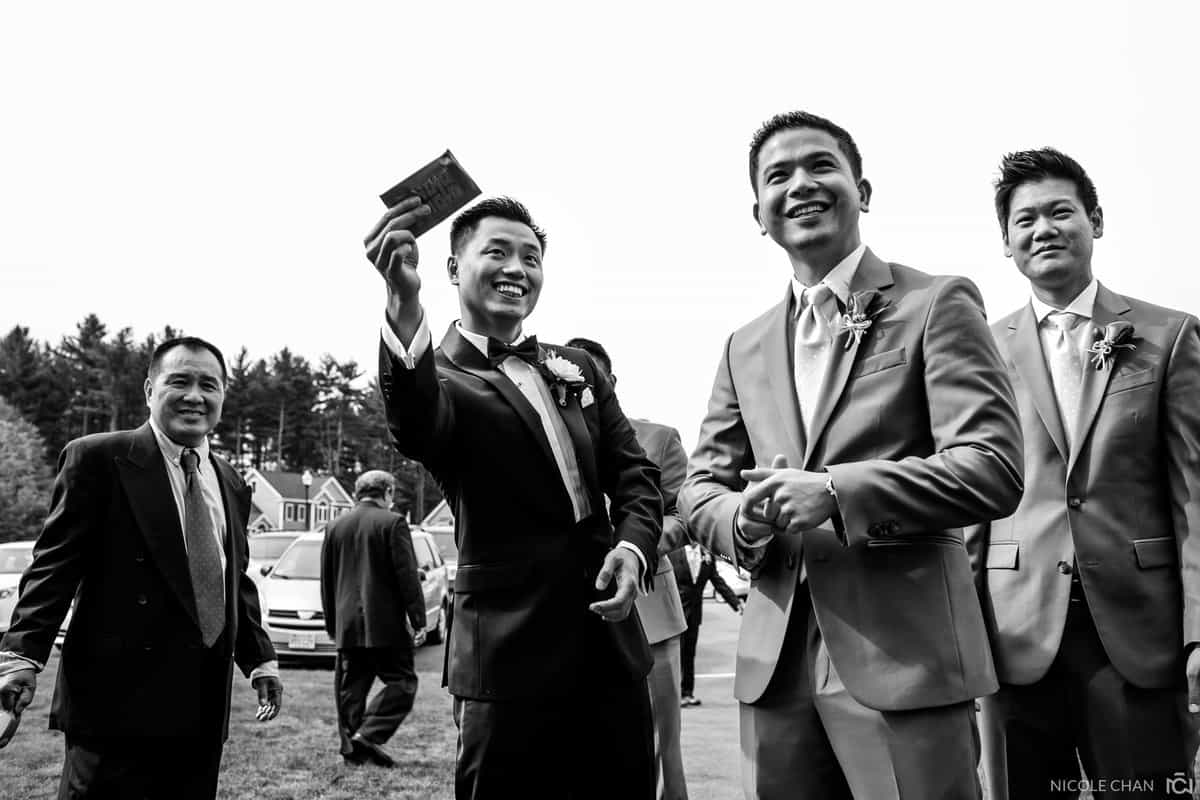 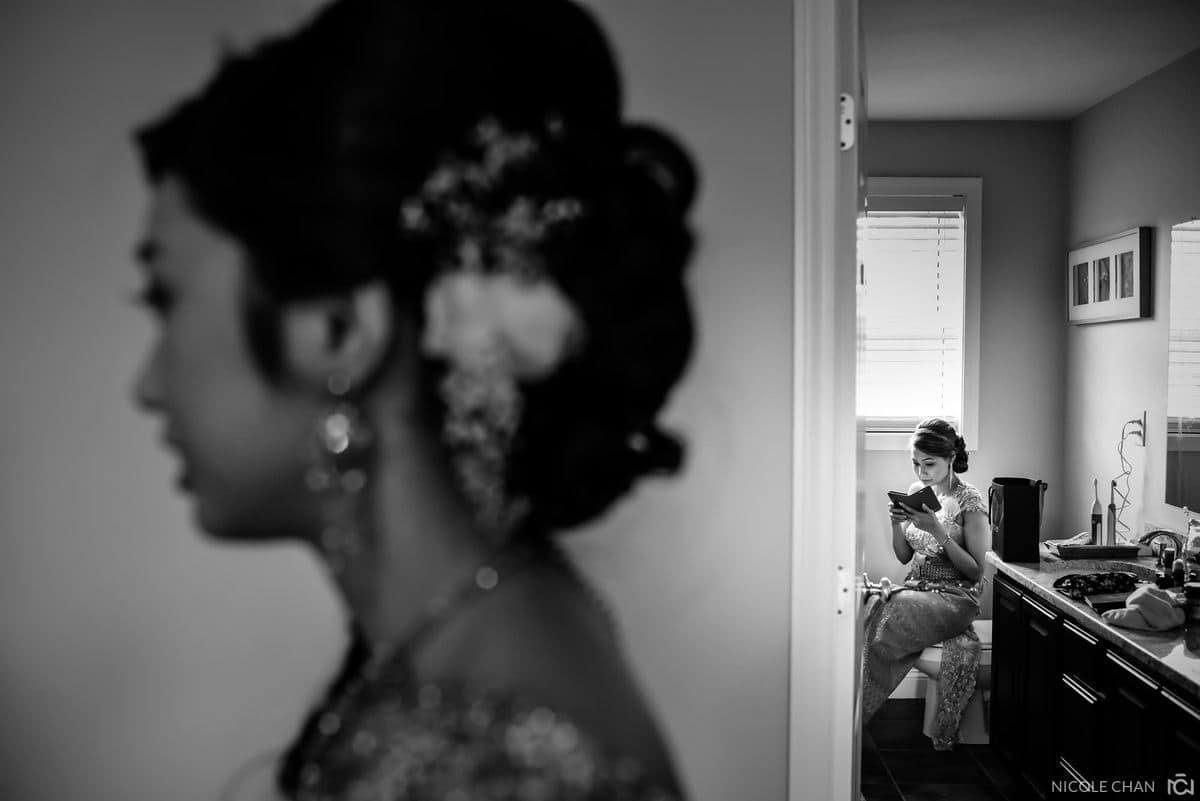 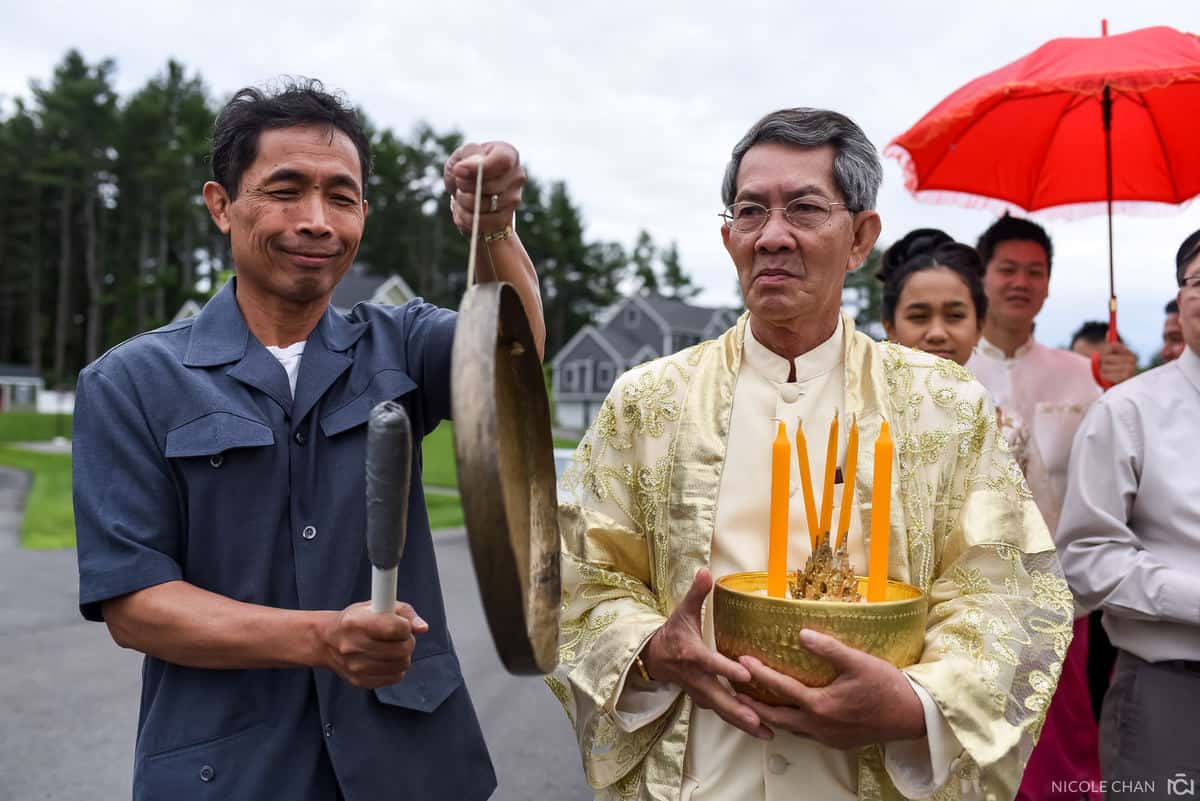 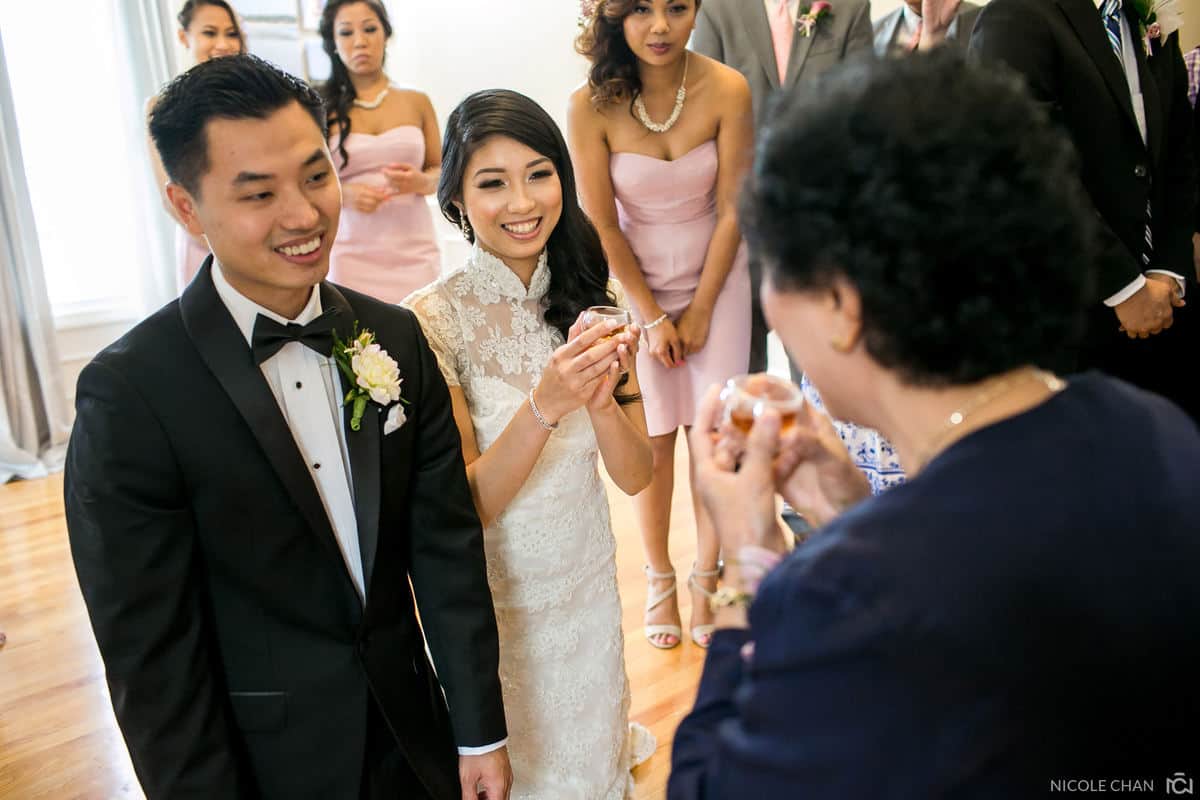 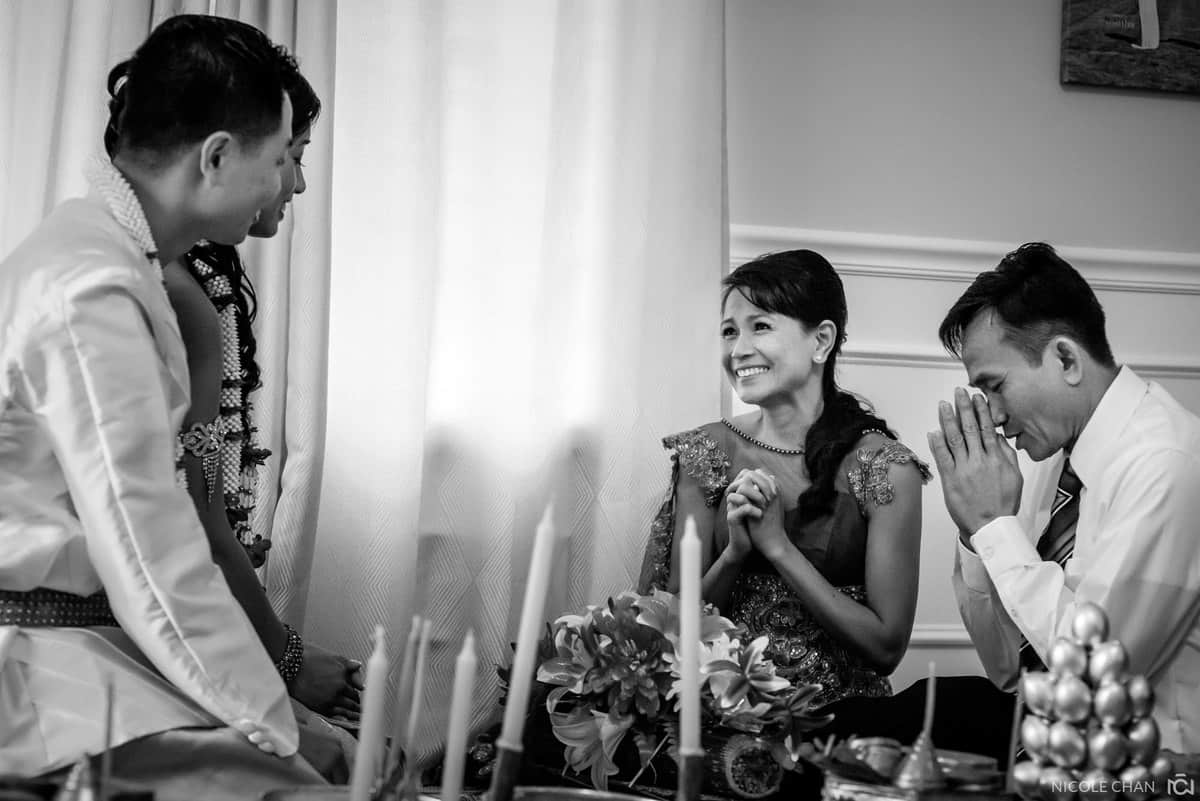 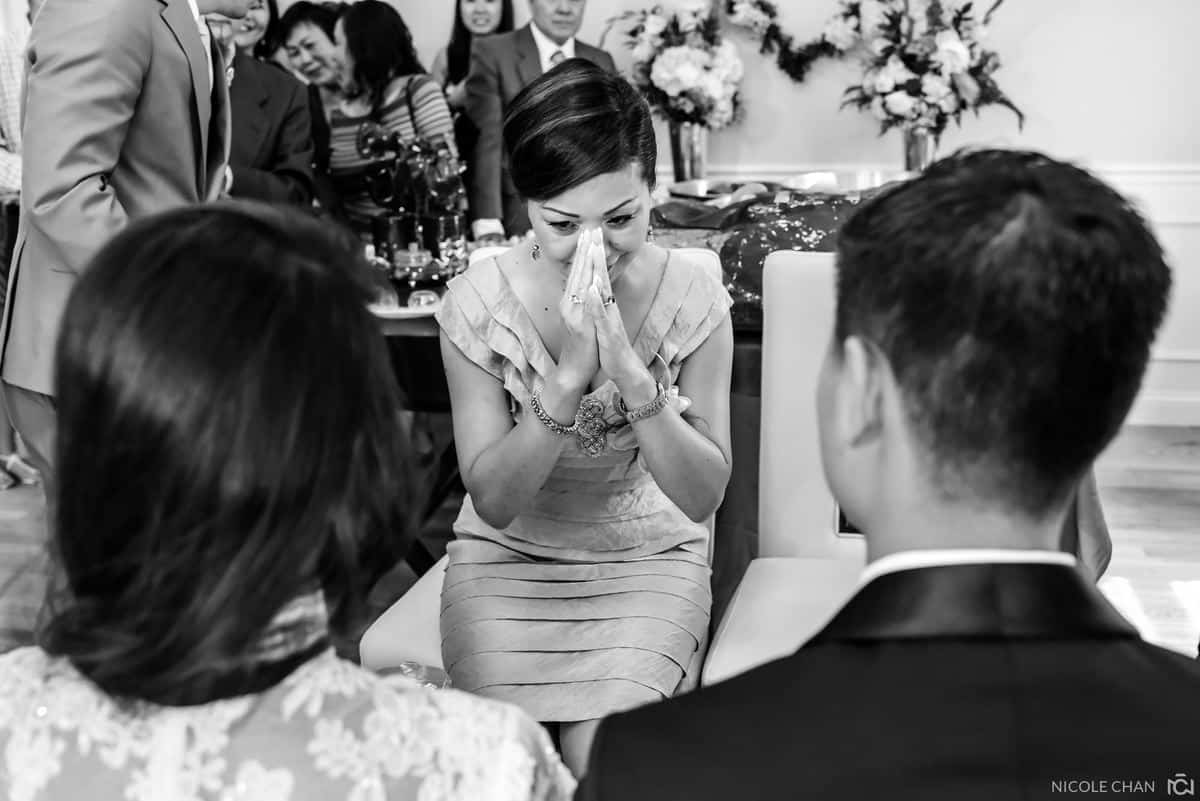 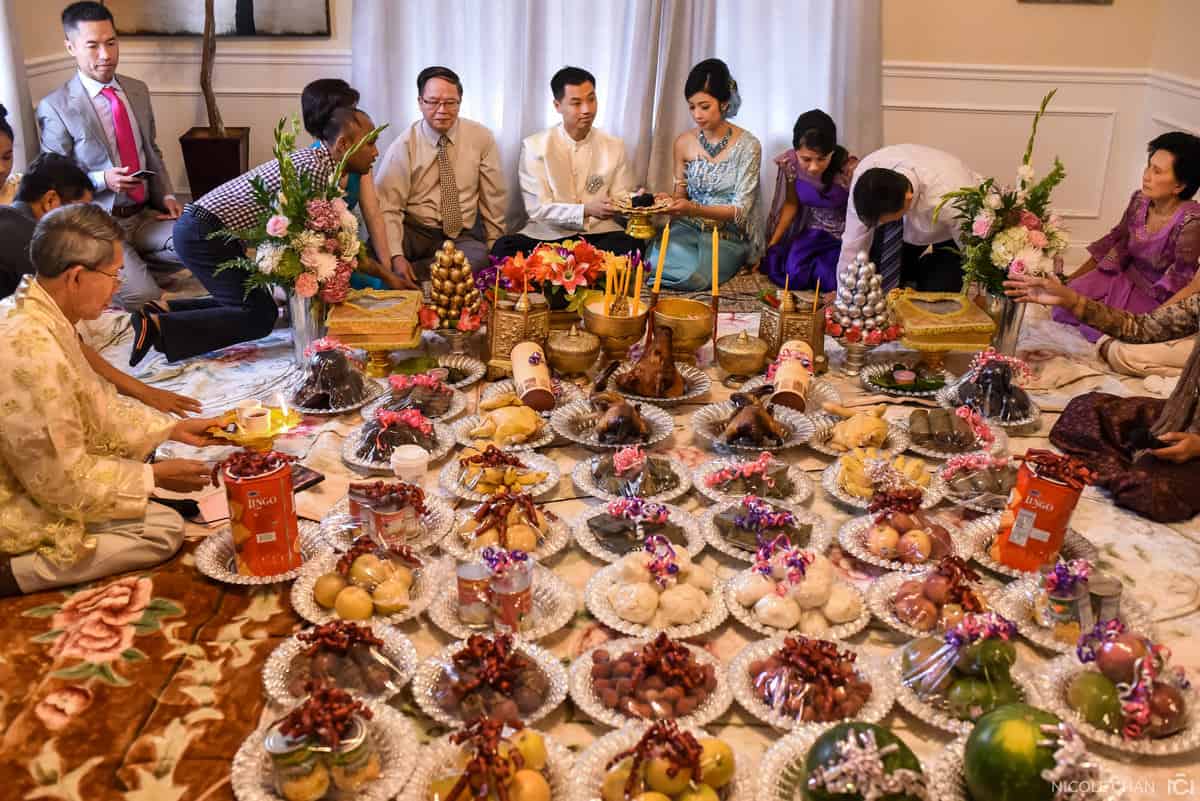 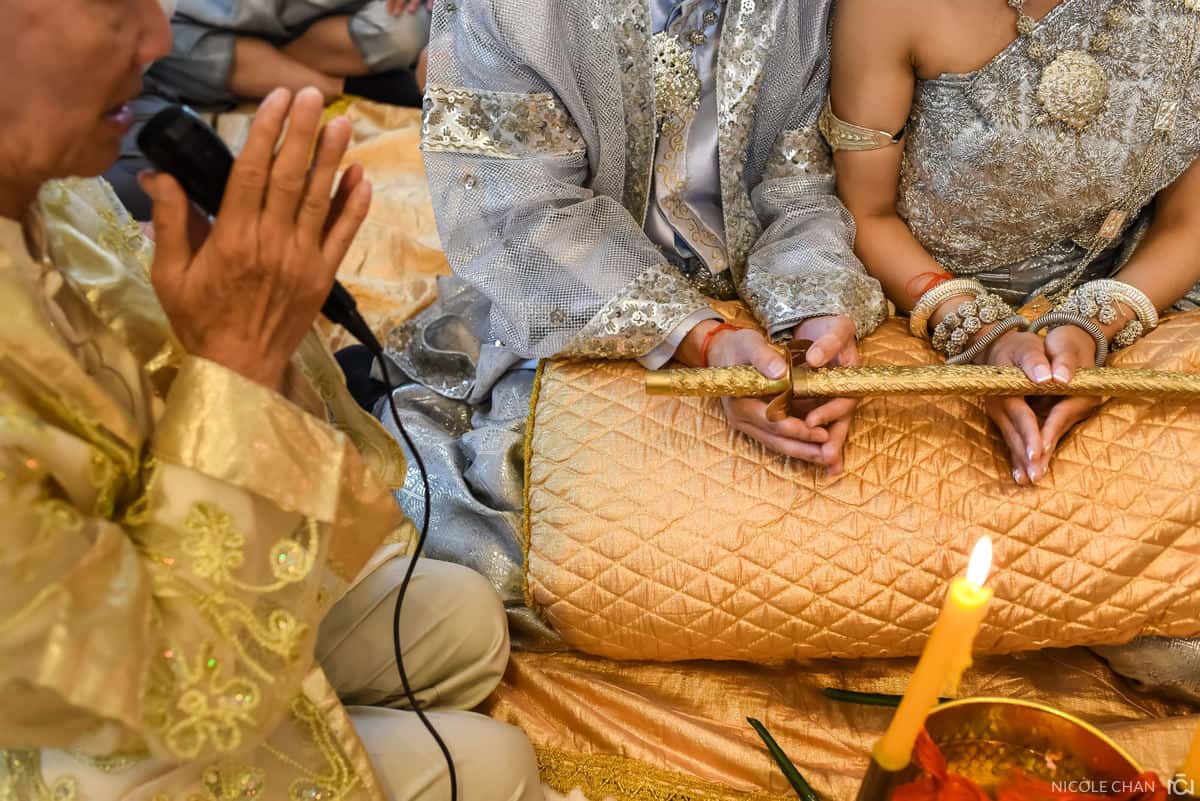 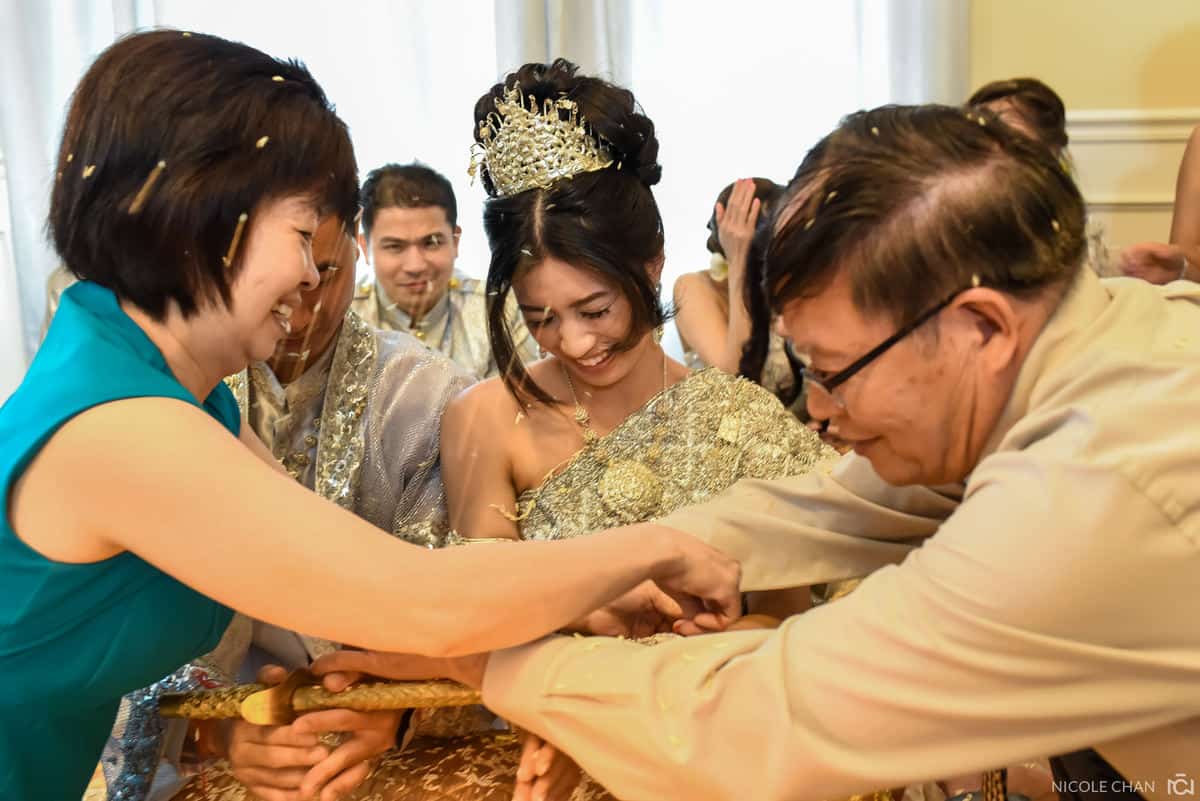 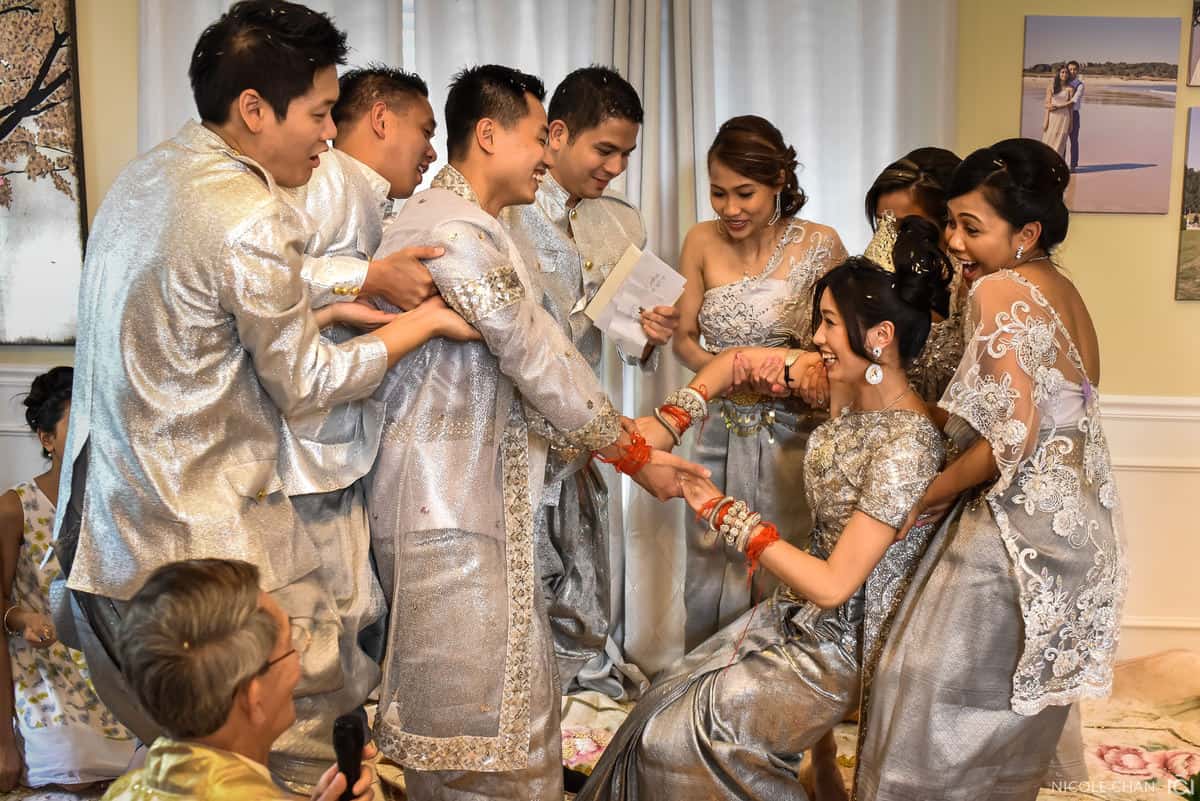 I spent an early Friday morning at Billy and Thea’s home in Billerica for their traditional Cambodian ceremony. Billy and his family lined outside for the Hai Goan Gomloh, a parade where Billy’s family brought gifts on silver and gold trays. Billy entered in under red umbrellas, held by his groomsmen. Though the traditional is a 7 hour ordeal with seven outfit changes, they decided to have a 4 hour abridged version. It just meant that changing outfits went THAT much faster. It brought me back to dance recital days. Thea essentially held out her arms, and her maids and traditional outfit specialists would take off bangles, hook on new necklaces, and completely change her silk skirts and tops. Even her hairstyle changed with each outfit change. I was impressed.
My favorite part of the Cambodian ceremony was the Gaat Sah ceremony. Directly translated as “cutting hair”, Thea and Billy next to each other during this ceremony on the ground as family and guests take turns cutting their hair and spraying perfume. Luckily, Thea and Billy asked their guests to pretend to cut and spray (though some actually did spray!). This ceremony symbolizes the cleans of the couple, new beginnings, and the start of a new life together.
Another one of my favorites during a Cambodian ceremony is the Sompeas Ptem, the knot-tying ceremony, where Thea and Billy kneel holding the sword in-between their hands. Their families and friends tie red strings around Thea and Billy’s wrists and wish them good luck.
Previous Post
Next Post