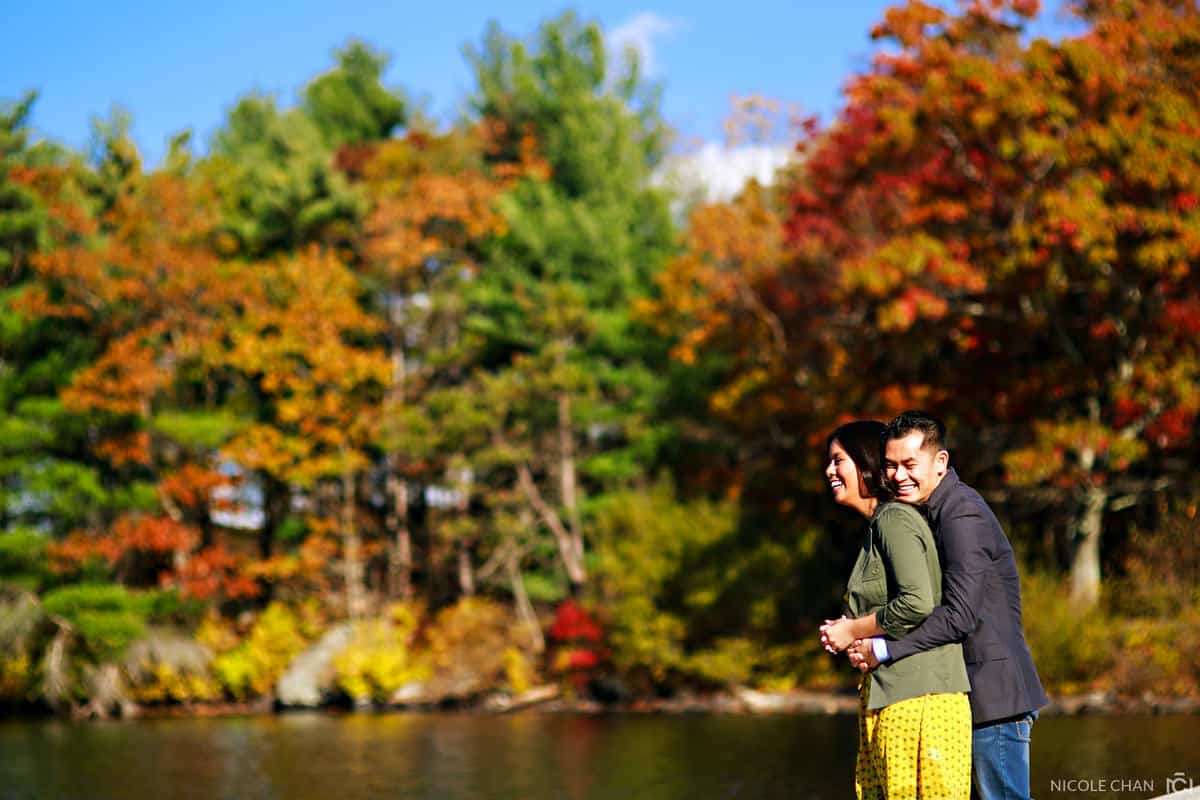 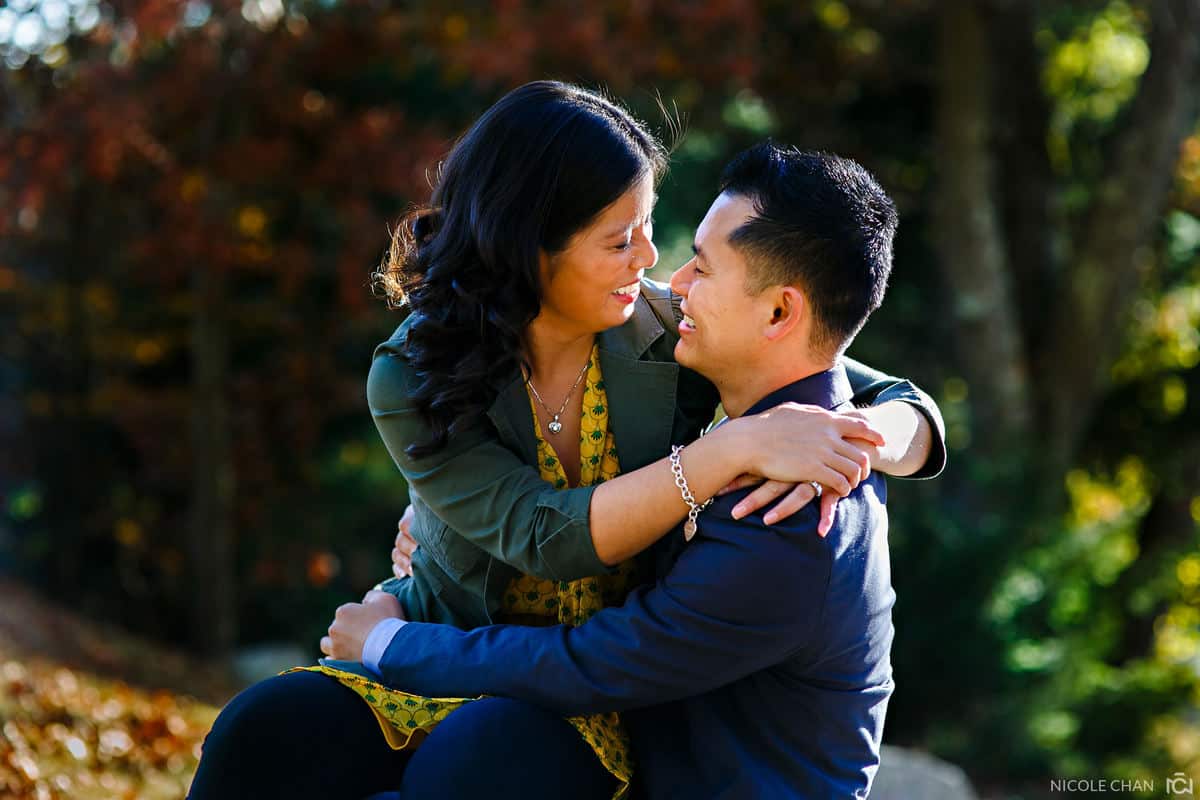 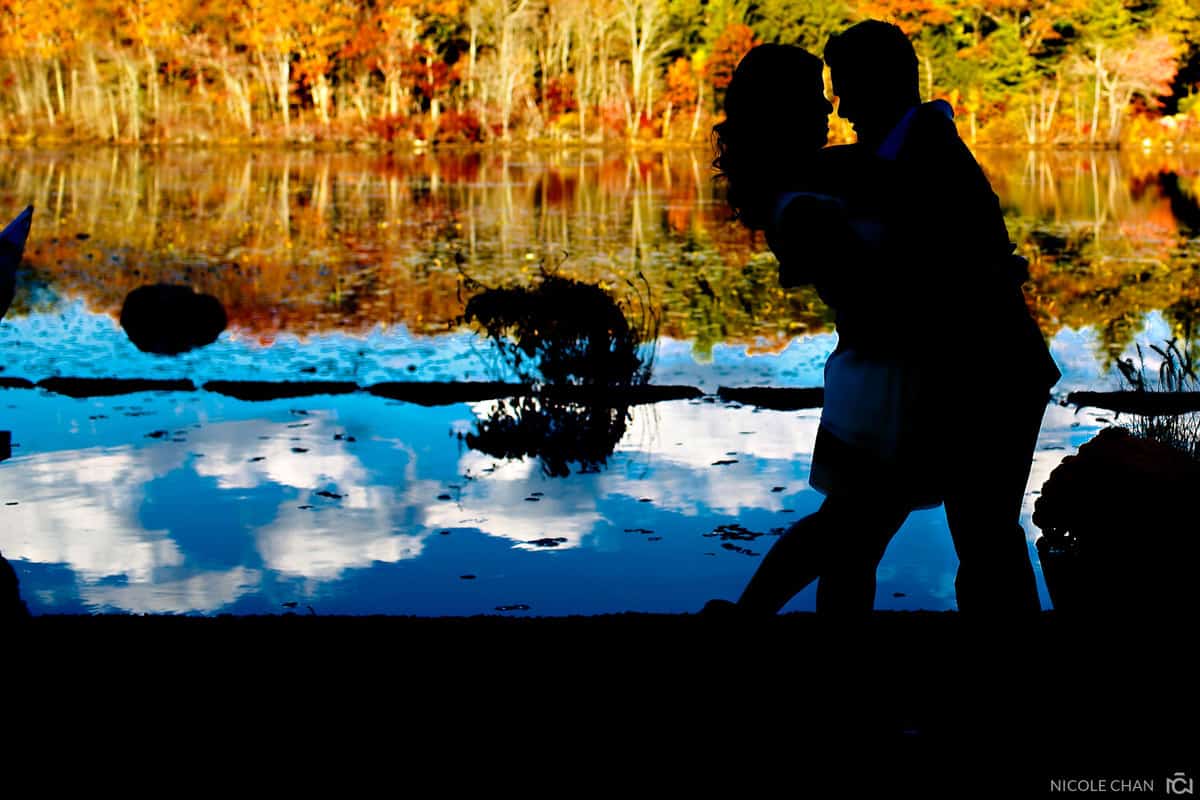 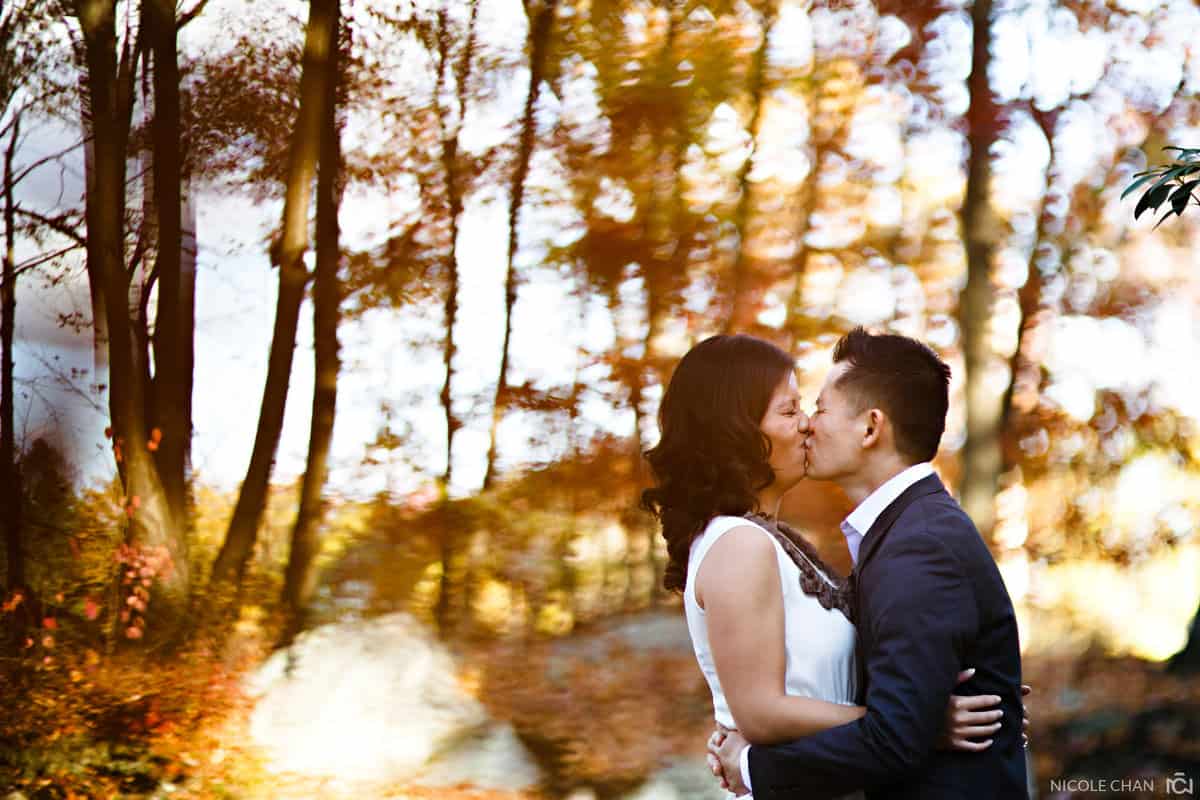 Bic and Tam both come from big families with big hearts. It doesn’t surprise me that the two of them click as well as they do. Tam, seemingly always in a state of chill and relaxed demeanor, took it pretty well when I accused him of being Canadian. You know those Canadians… they’re just so flippin’ NICE. They’re the people that apologize to YOU when you bump into them. 🙂 Digressing from that topic, the two of them are so at ease with each other. Laughter comes so easily, even when they’re close enough to count each other’s eyelashes and rub nose oils.

This South Shore park holds lots of meaning to Bic and Tam. They reminisced stories of long walks (even in the cold) and a very cool park bench by a tall observation stone tower. Though it was later in the season, the color on the leaves really held out for us! Thanks, Mother Nature.