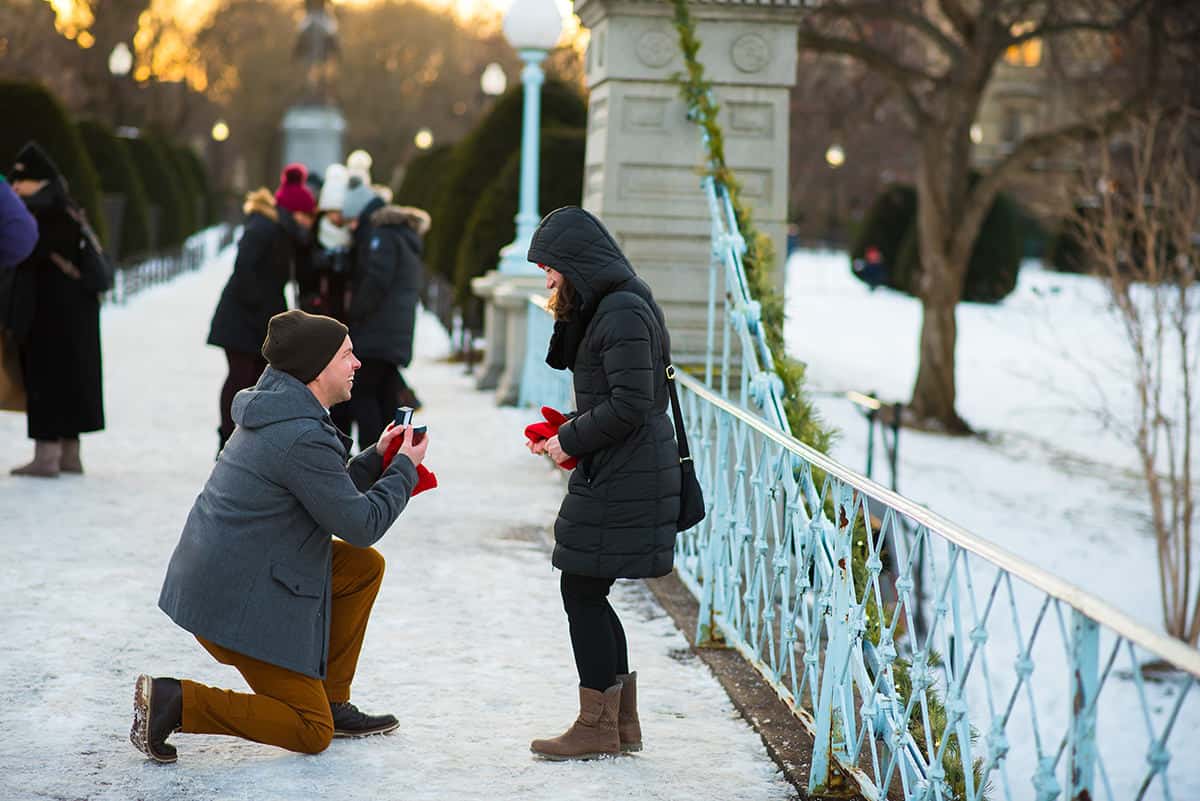 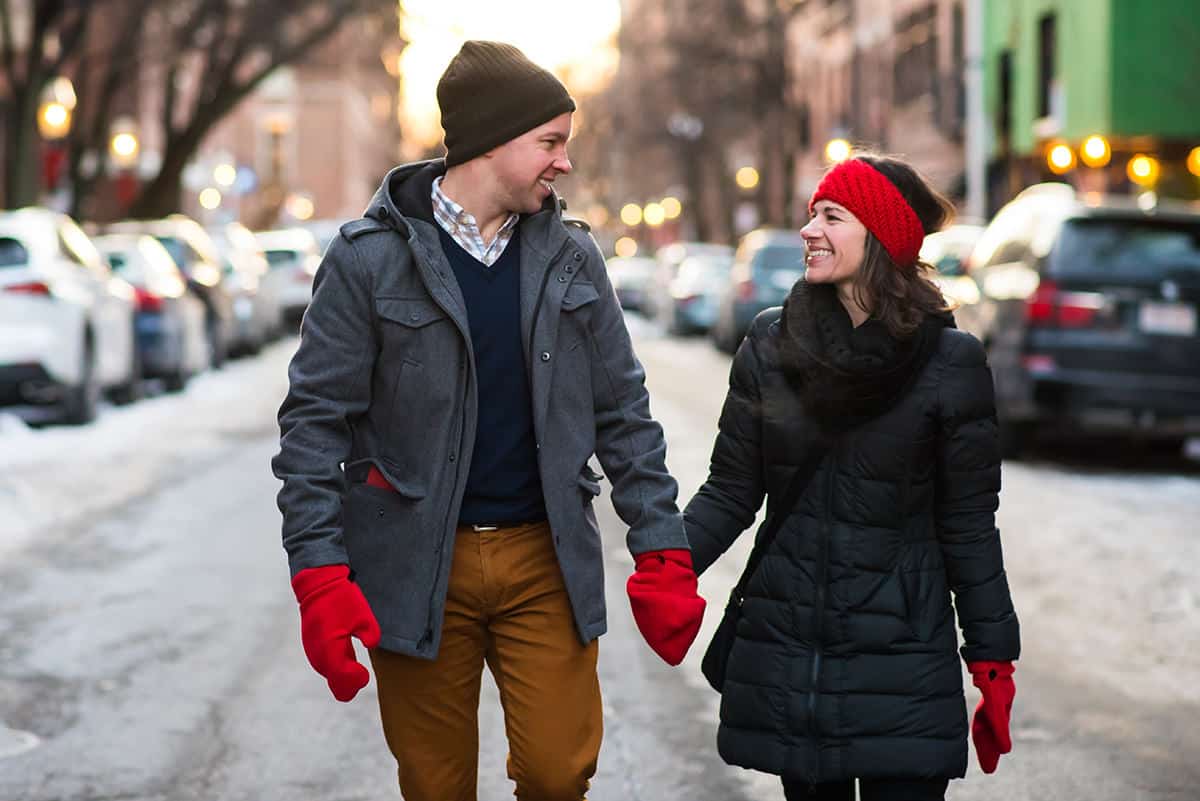 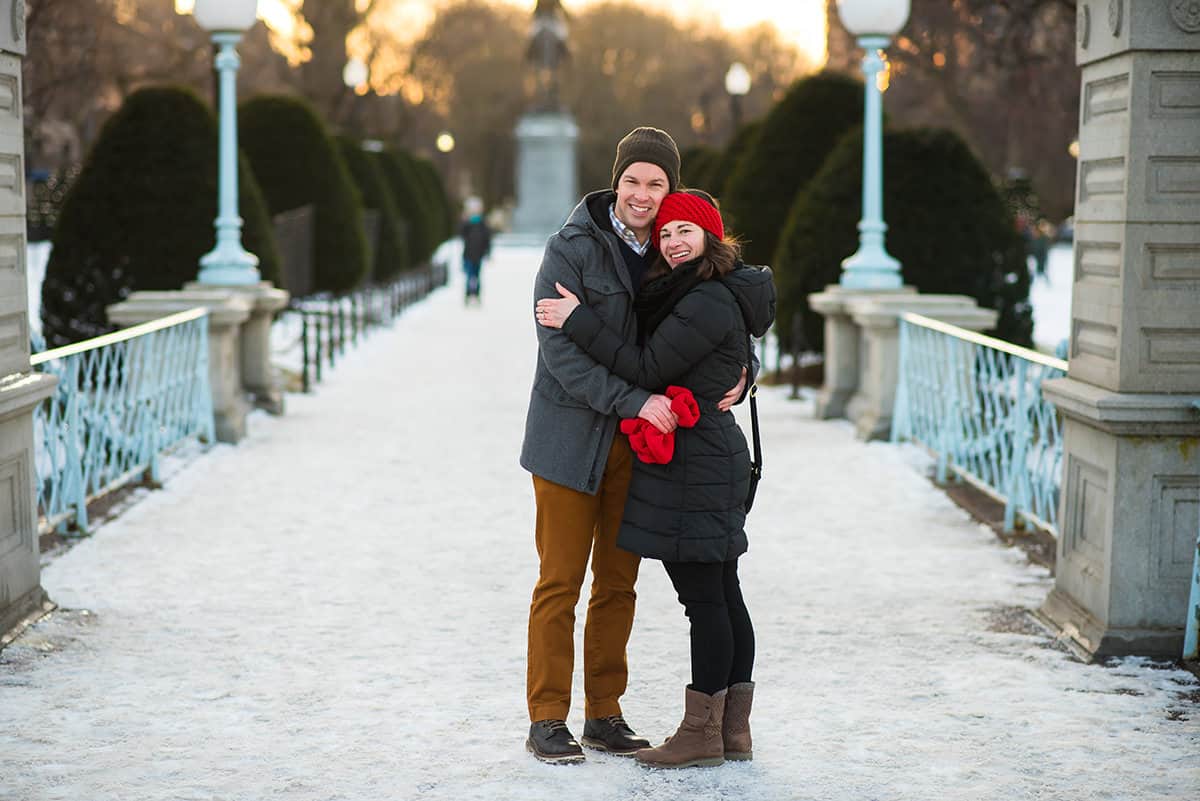 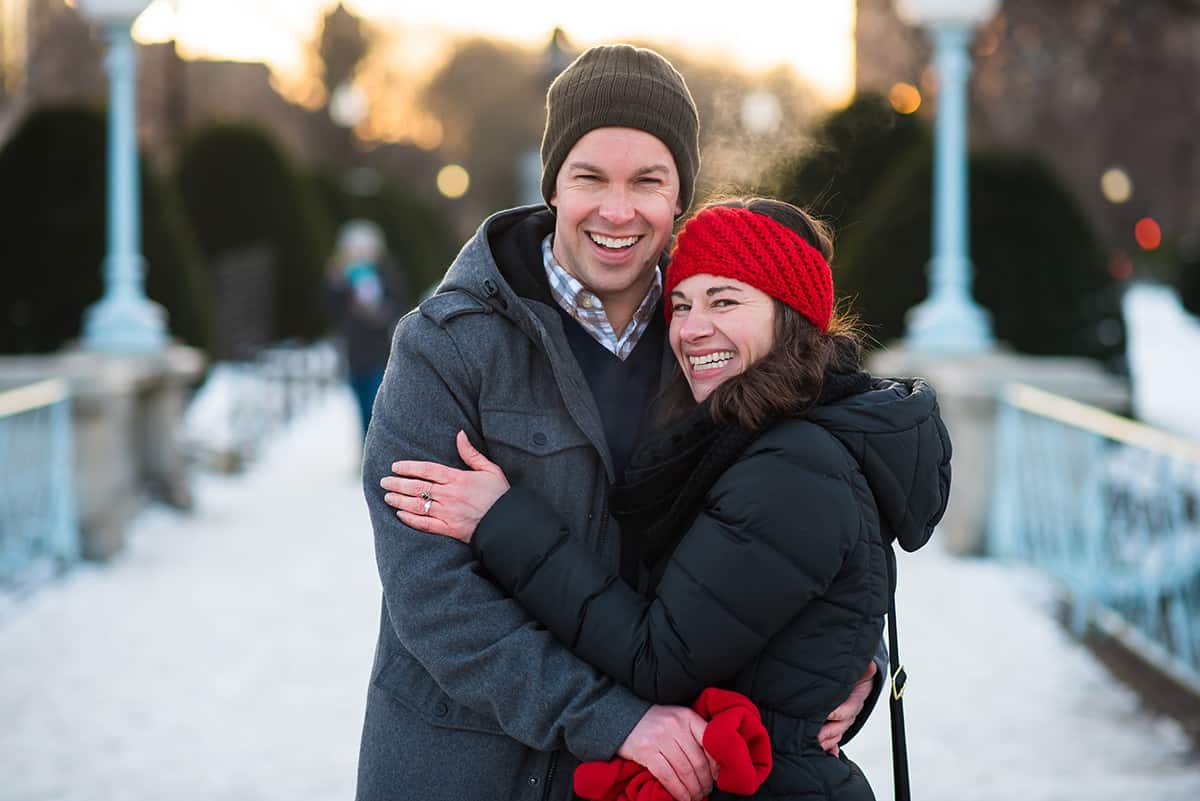 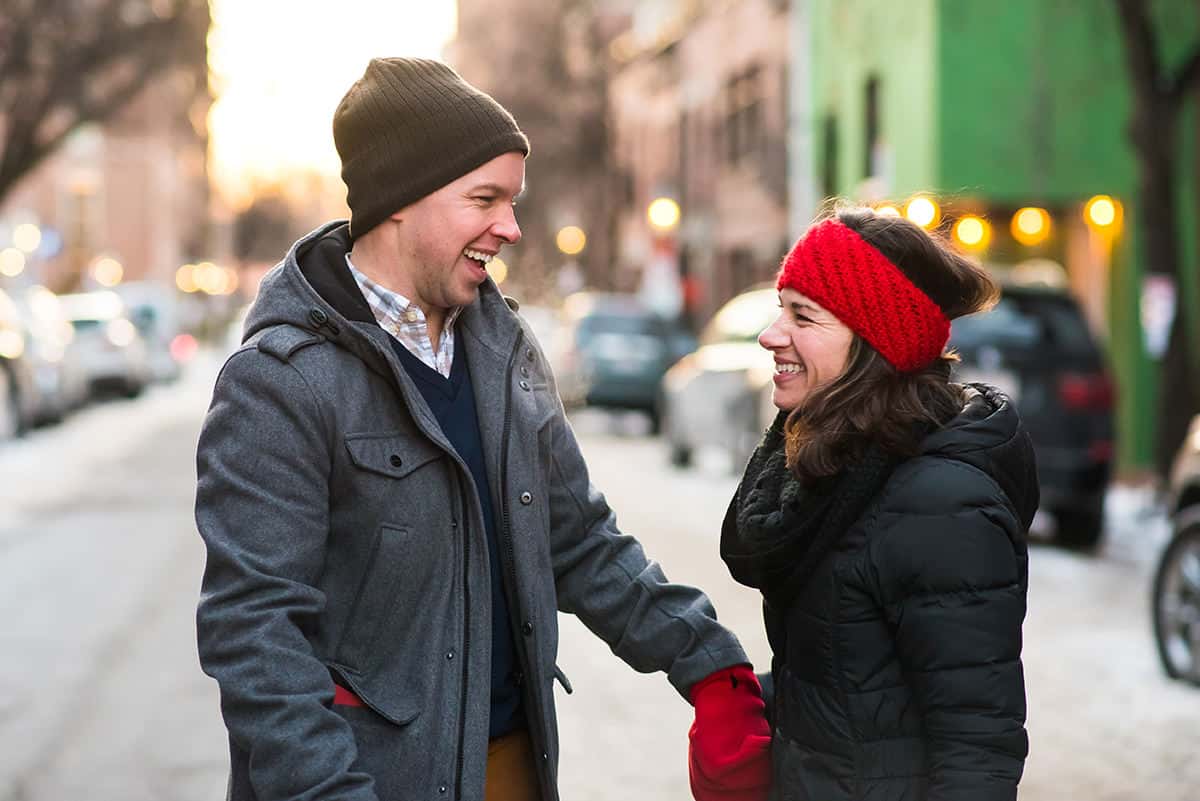 A proposal with mittens

Brian knew that a thoughtful present can go a long way. He also knew that he wanted to propose by doing something special that would mean a lot to her. He combined those two thoughts and crafted a day to remember, with the best present of them all. And Mary Anne had no idea.

A year before I took these pictures, Mary Anne and Brian had gone on an amazing date. First starting off at Sevens on Beacon Hill, they then made their way through the beautiful neighborhood, to the park, before walking across the bridge, when it started to snow. This time around, Brian recreated the date and gave Mary Anne special mittens that had been crafted specifically to allow two people to hold hands while wearing one. Since she likes to write him long, thoughtful letters, he did the same. In it, he wrote of giving her an early Christmas present because they sadly wouldn’t be together for the holiday. That present was a ring. On the bridge where, a year before, snow had started falling, Mary Anne now found herself looking at Brian on one knee.

It was a beautiful proposal and I’m truly glad I got to witness this special moment! Best of luck to the two of you!