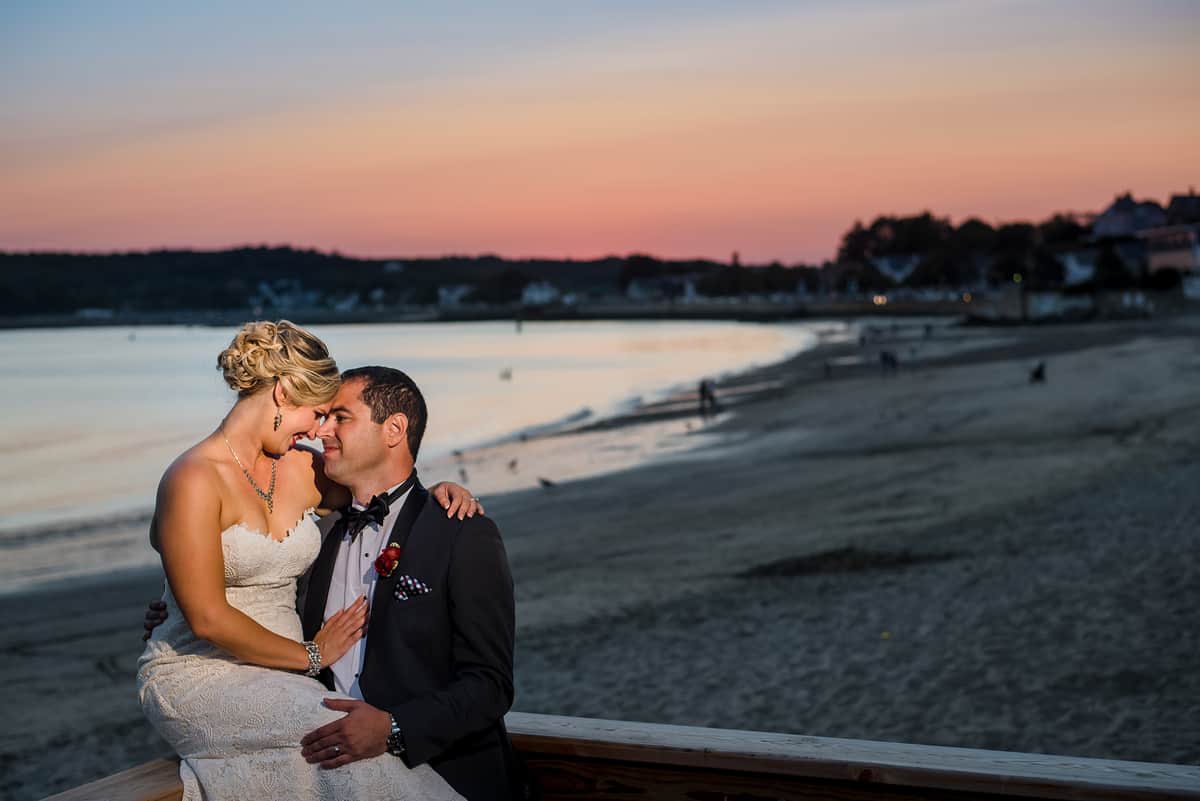 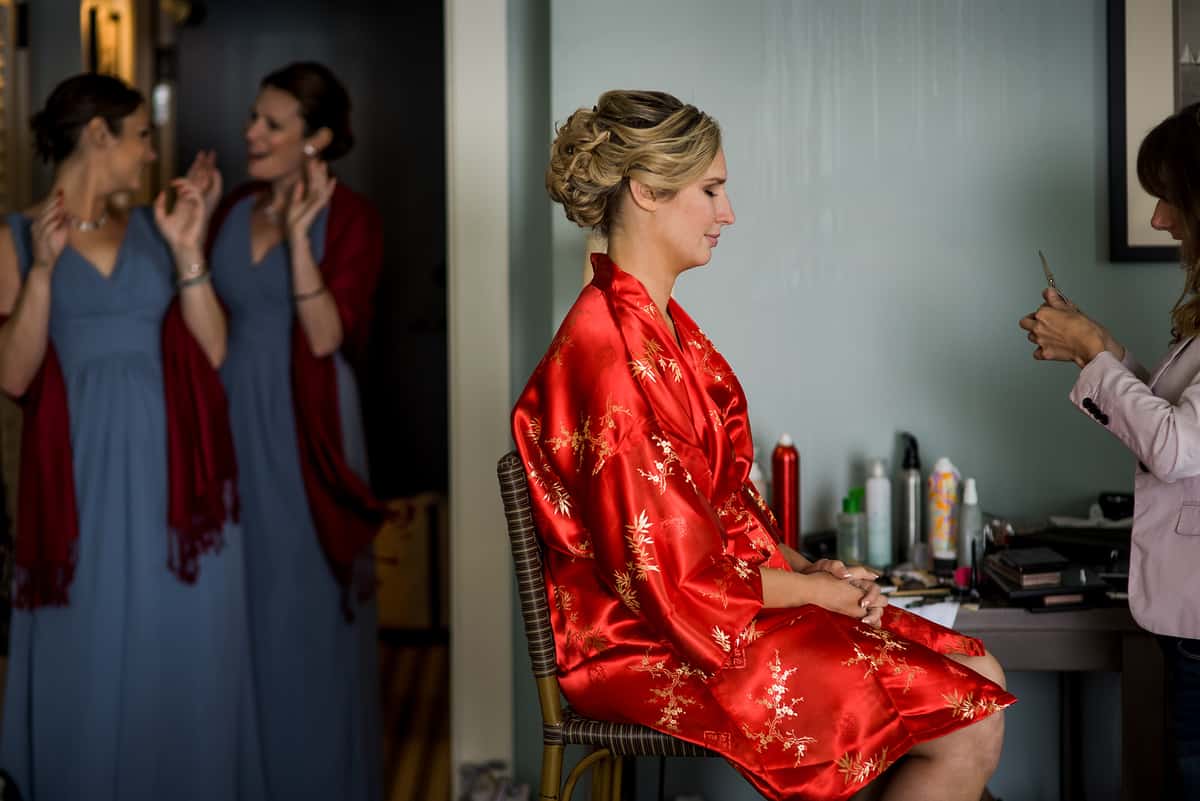 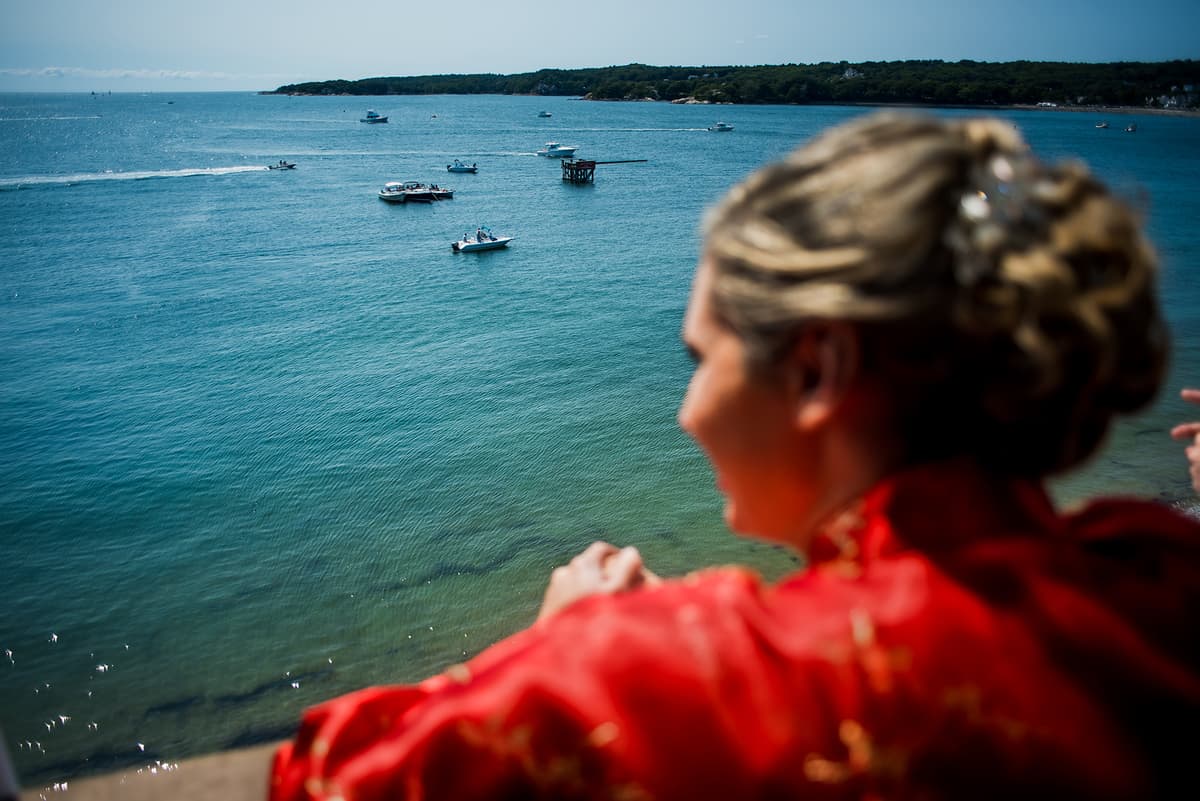 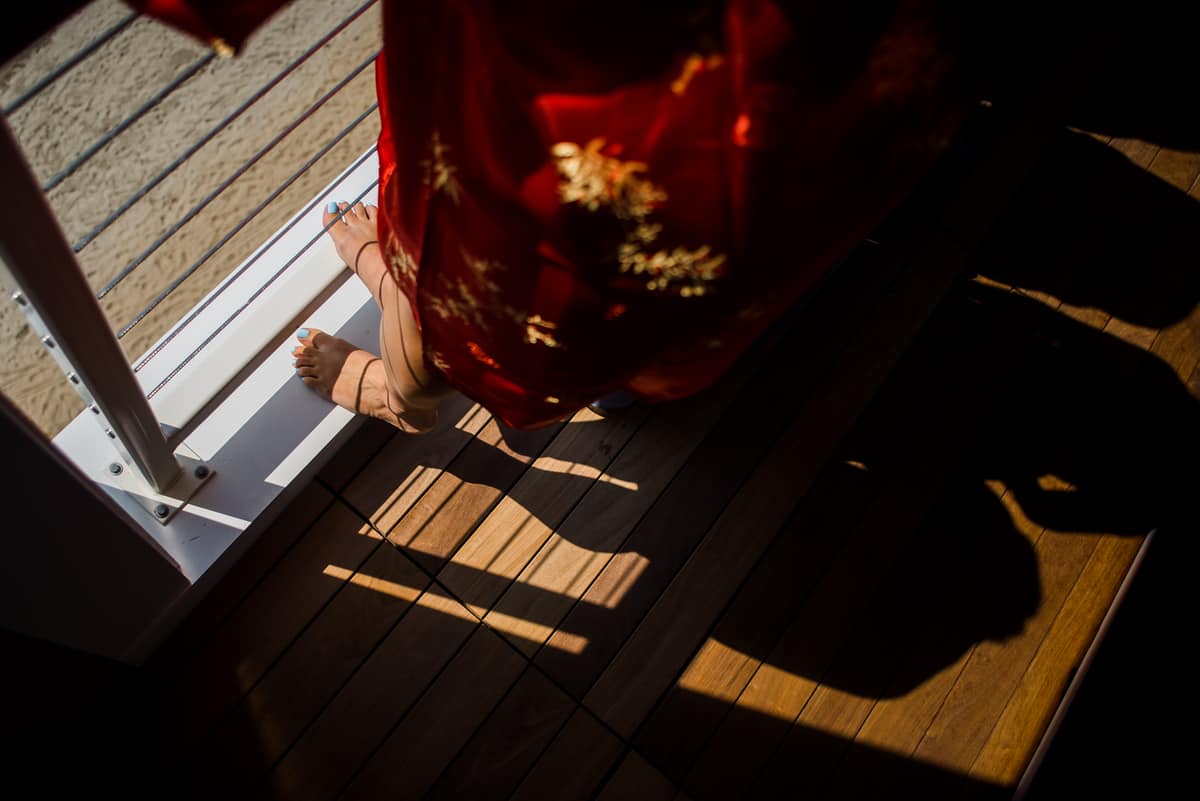 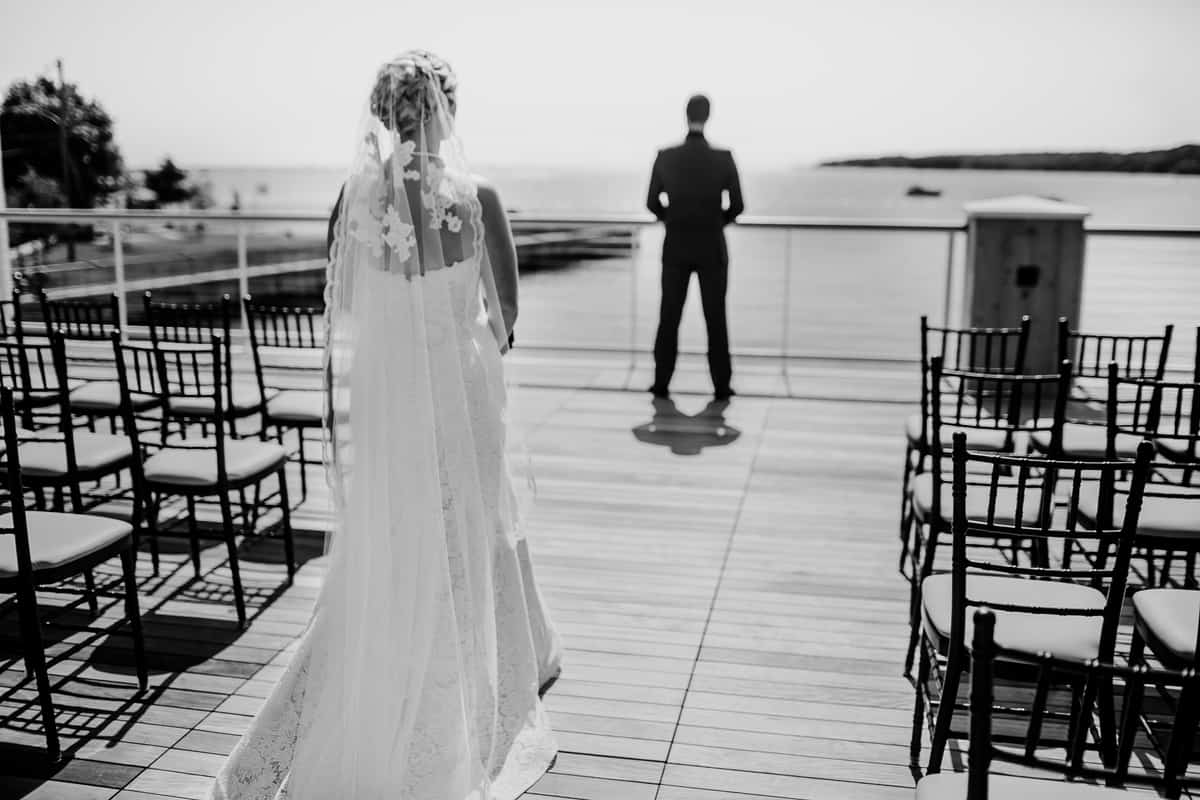 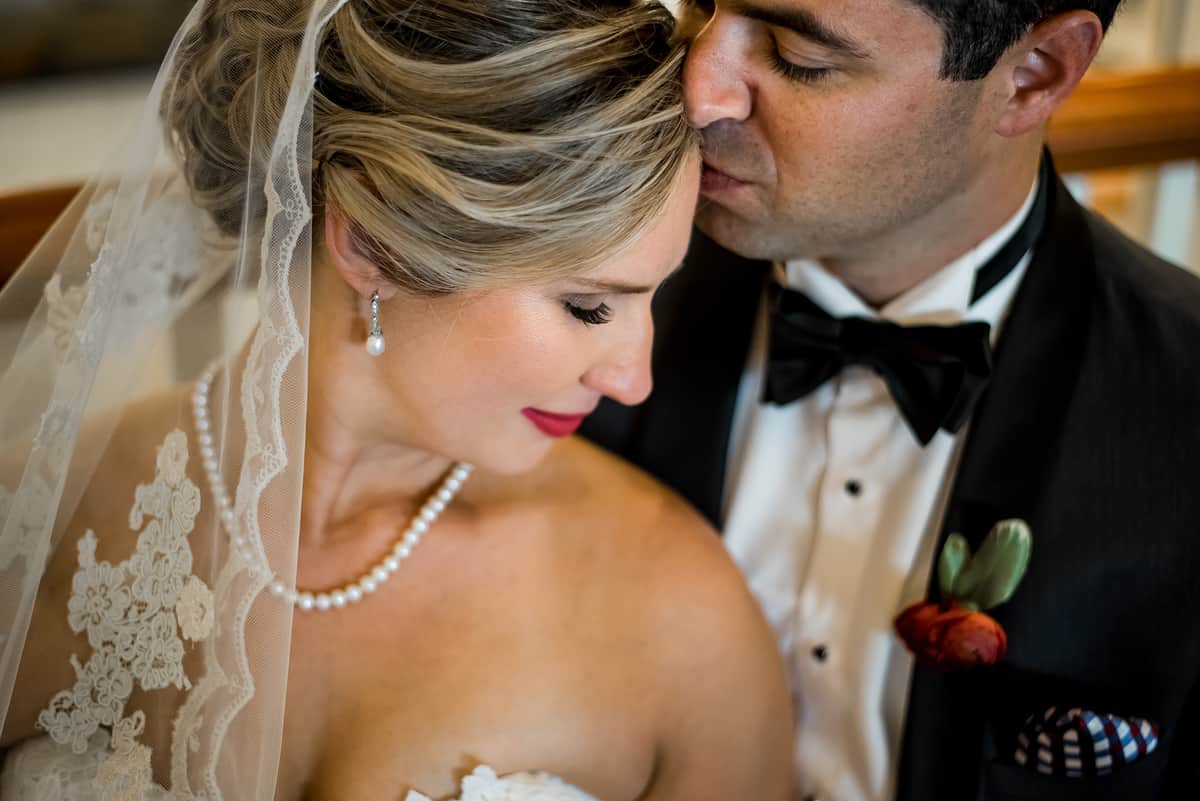 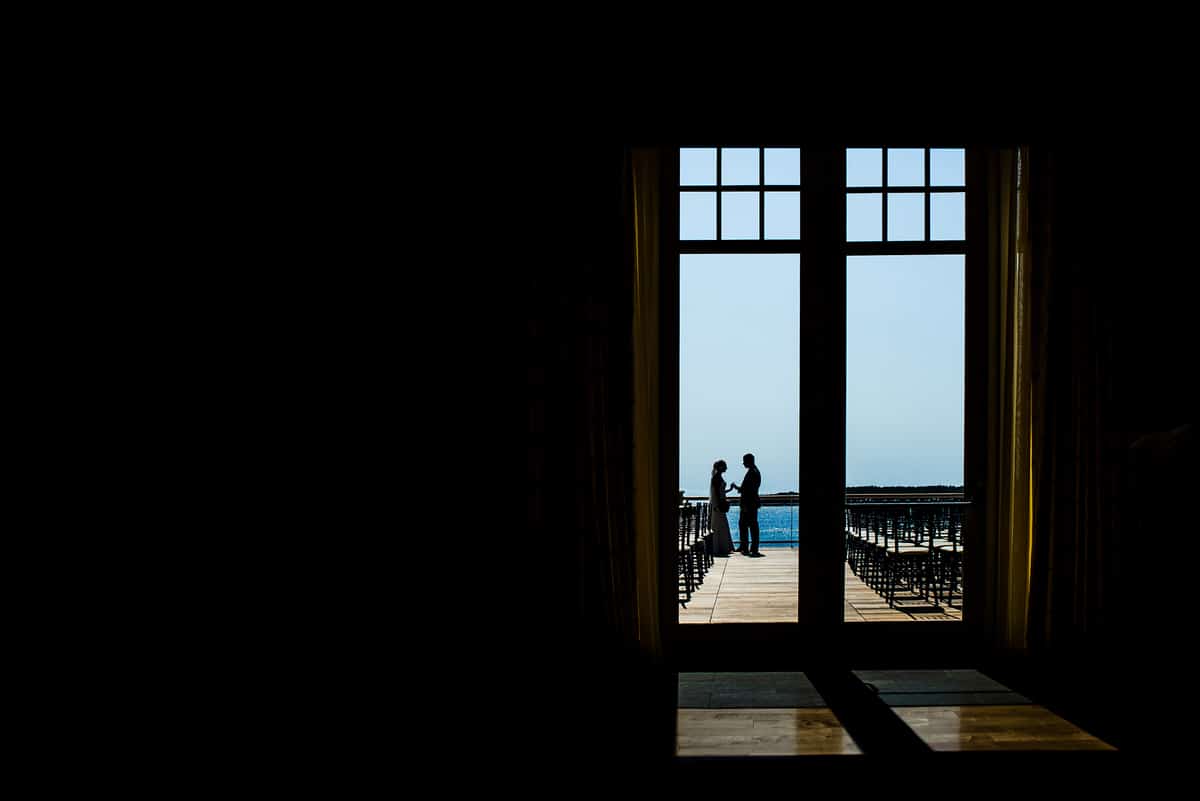 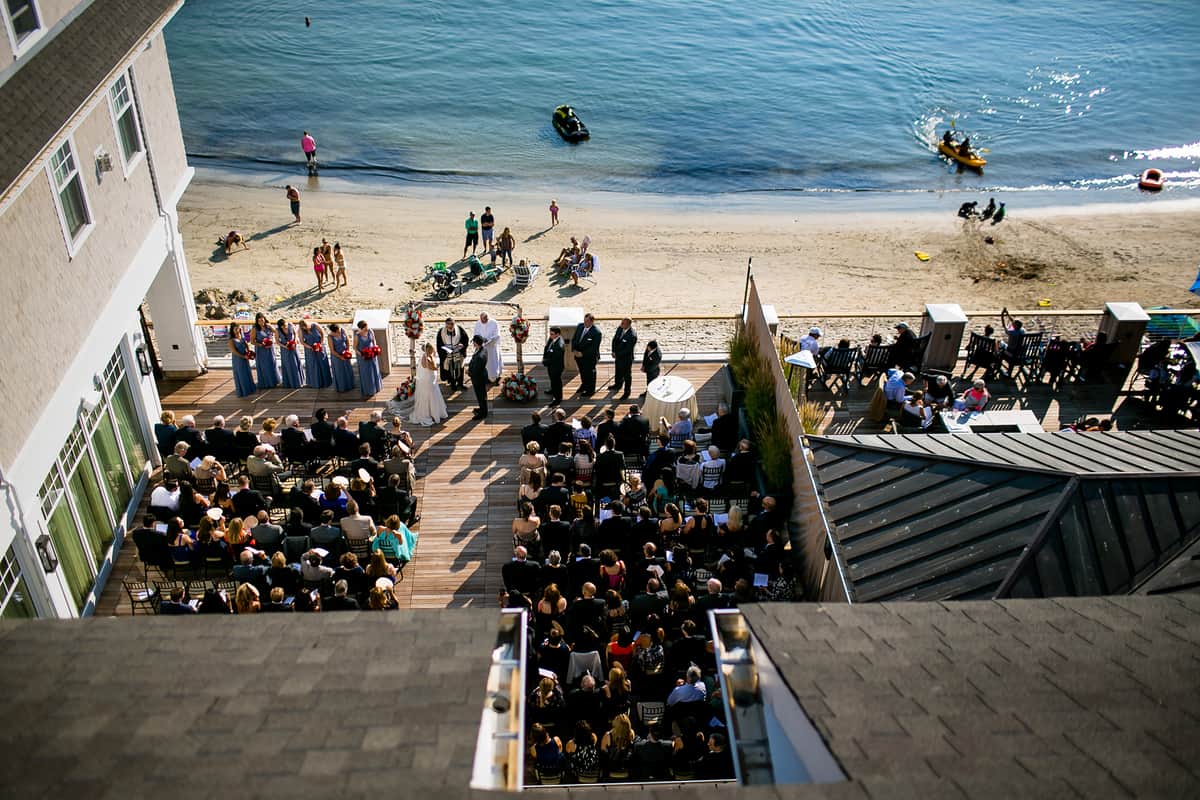 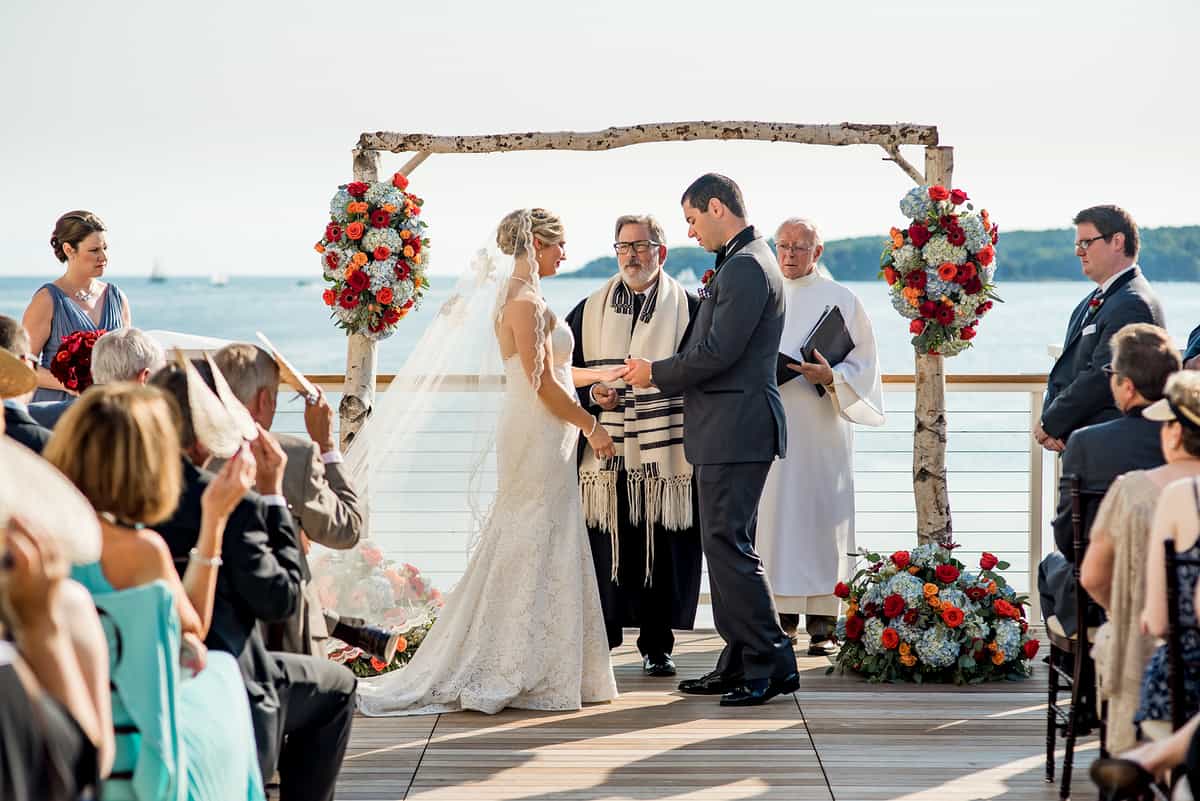 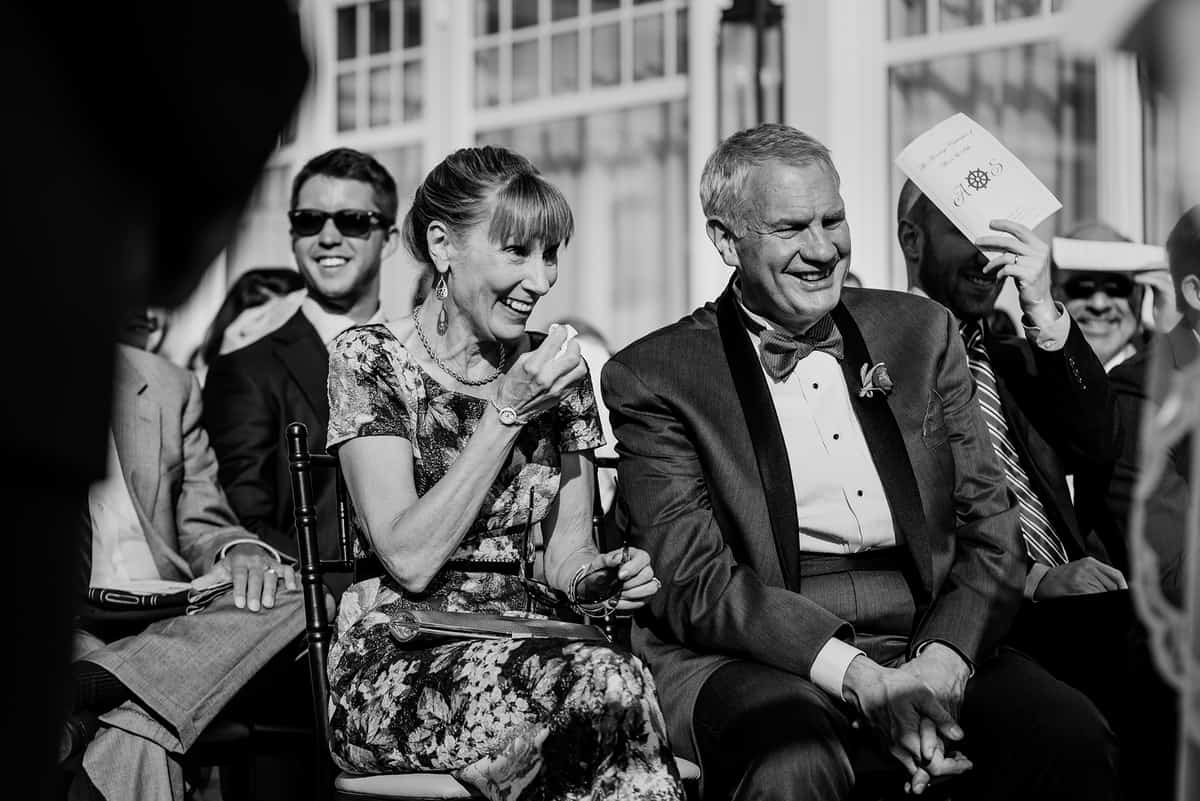 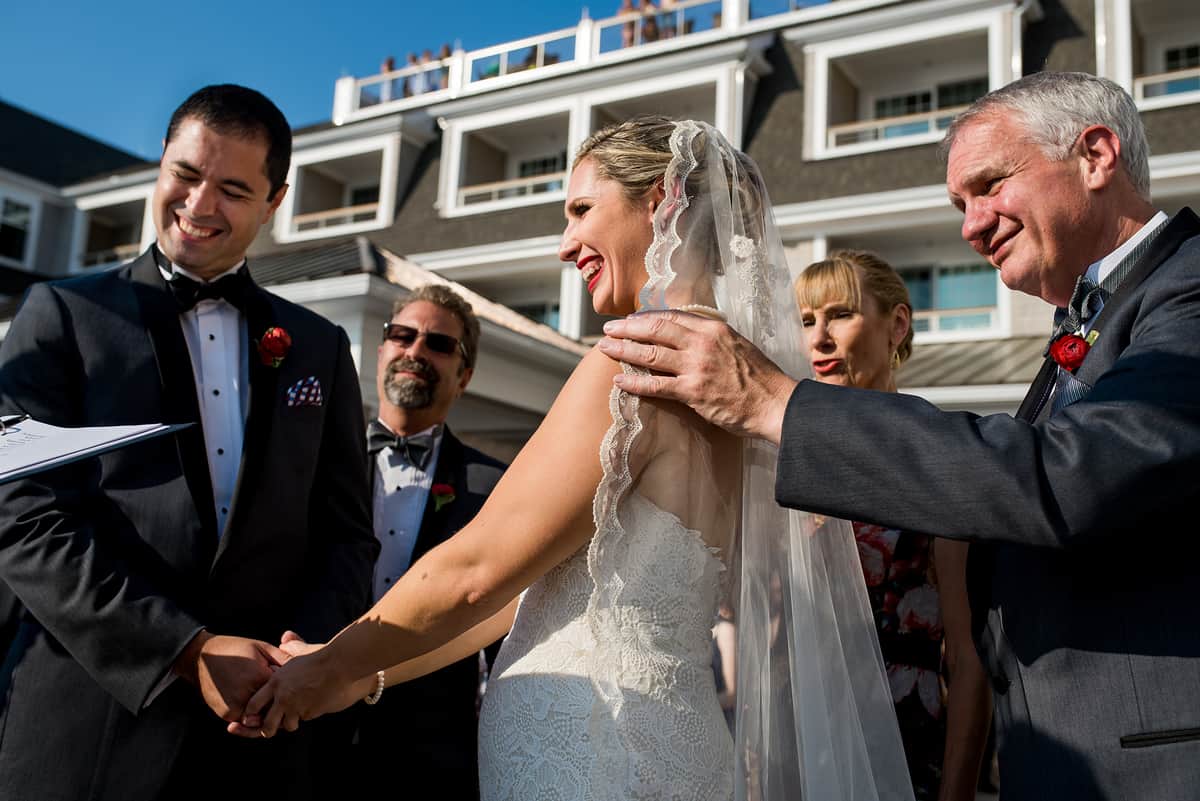 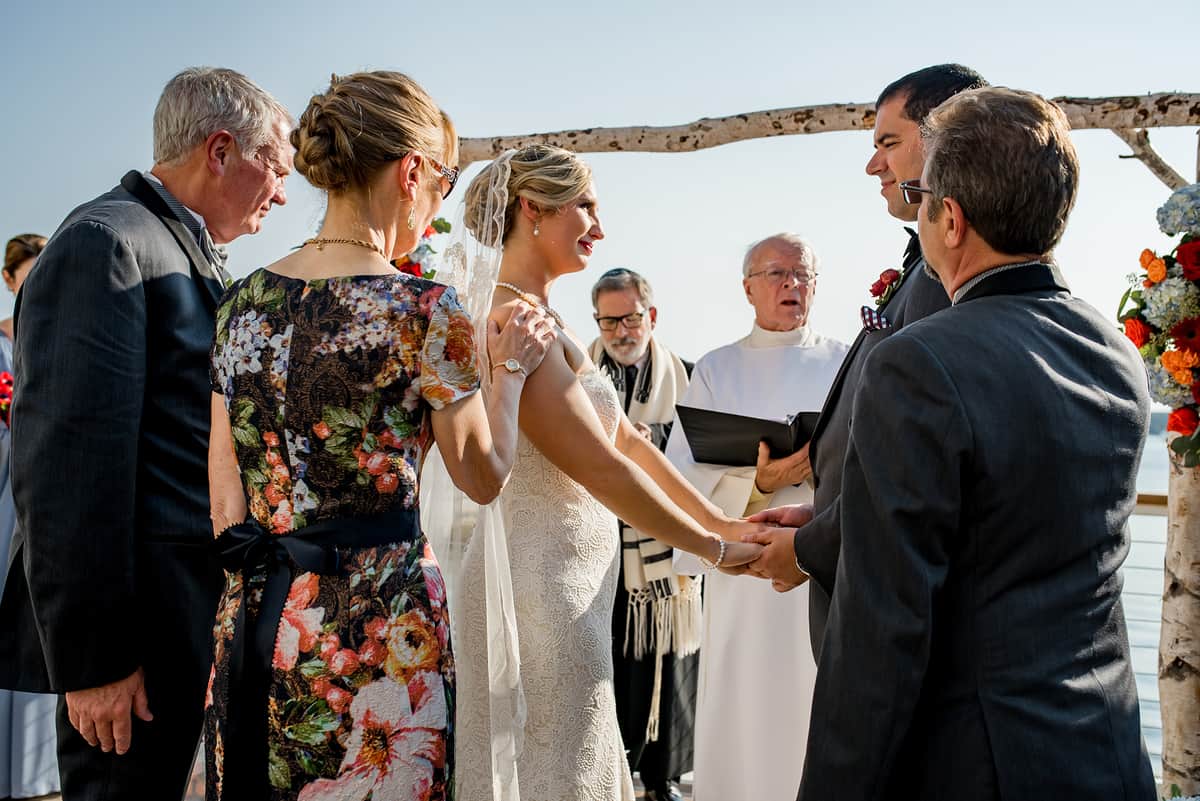 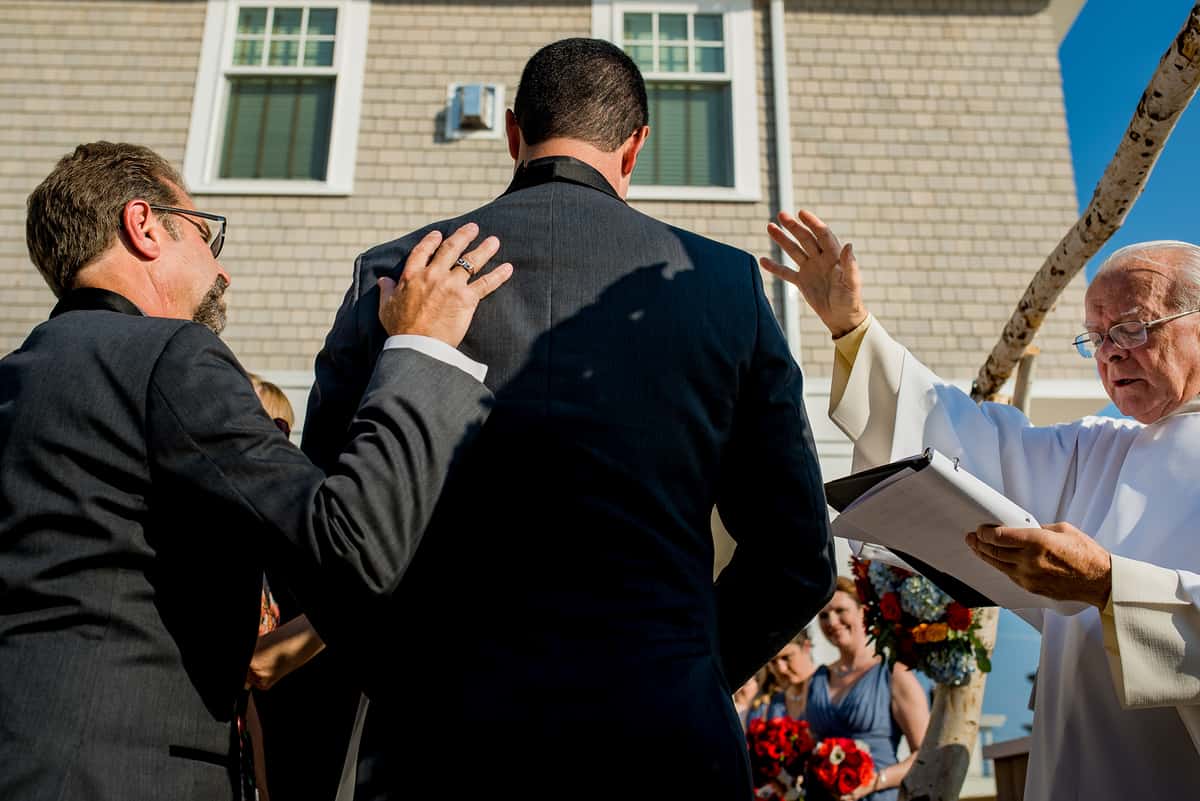 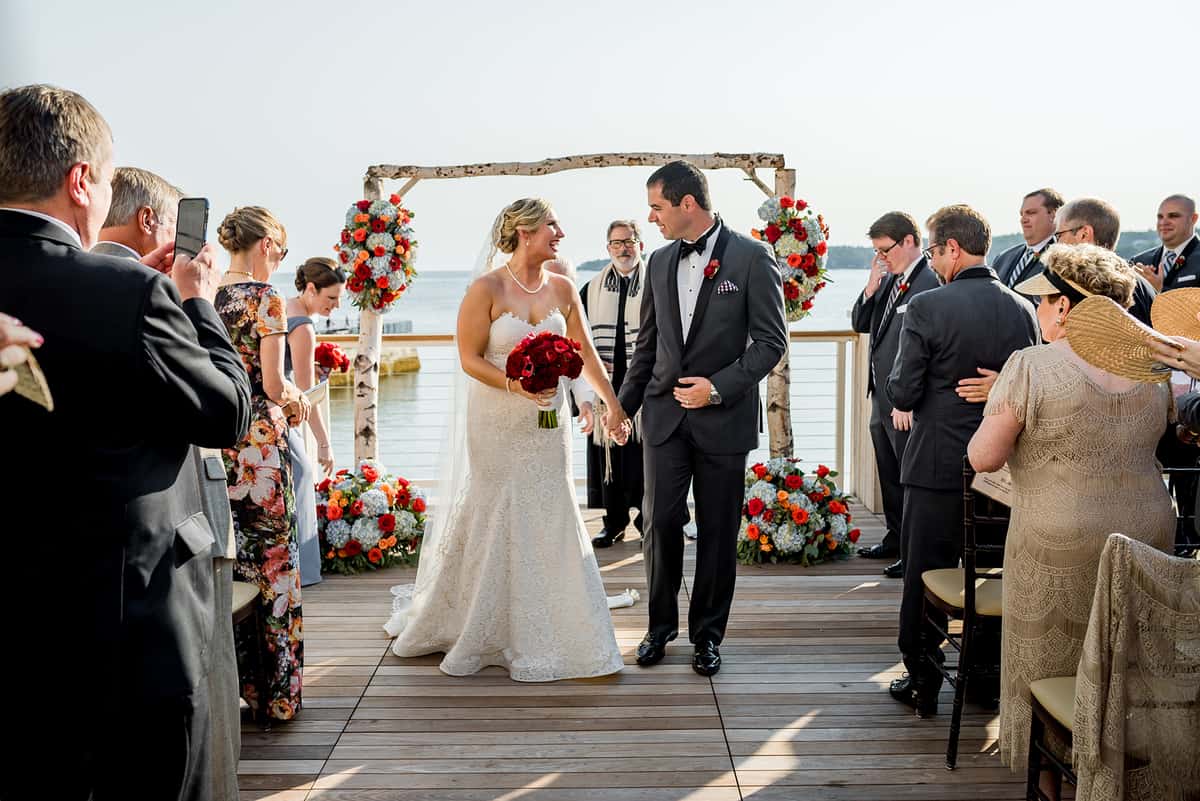 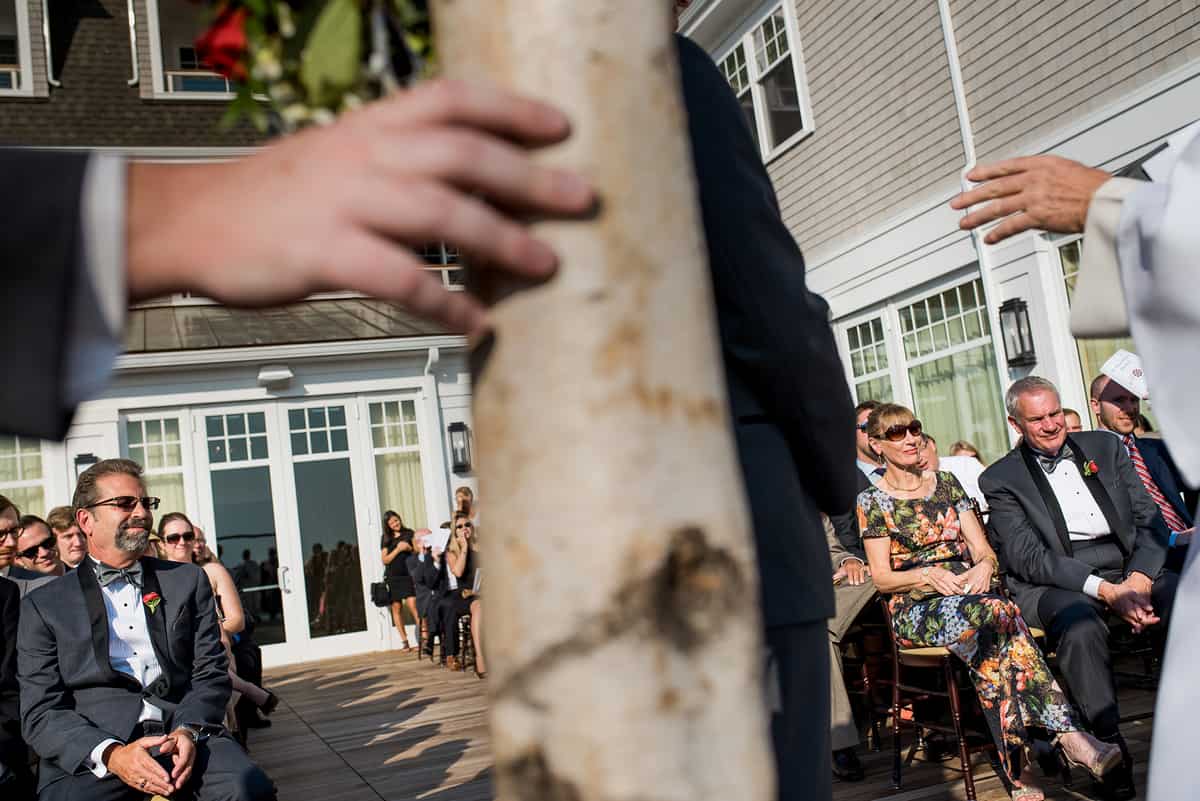 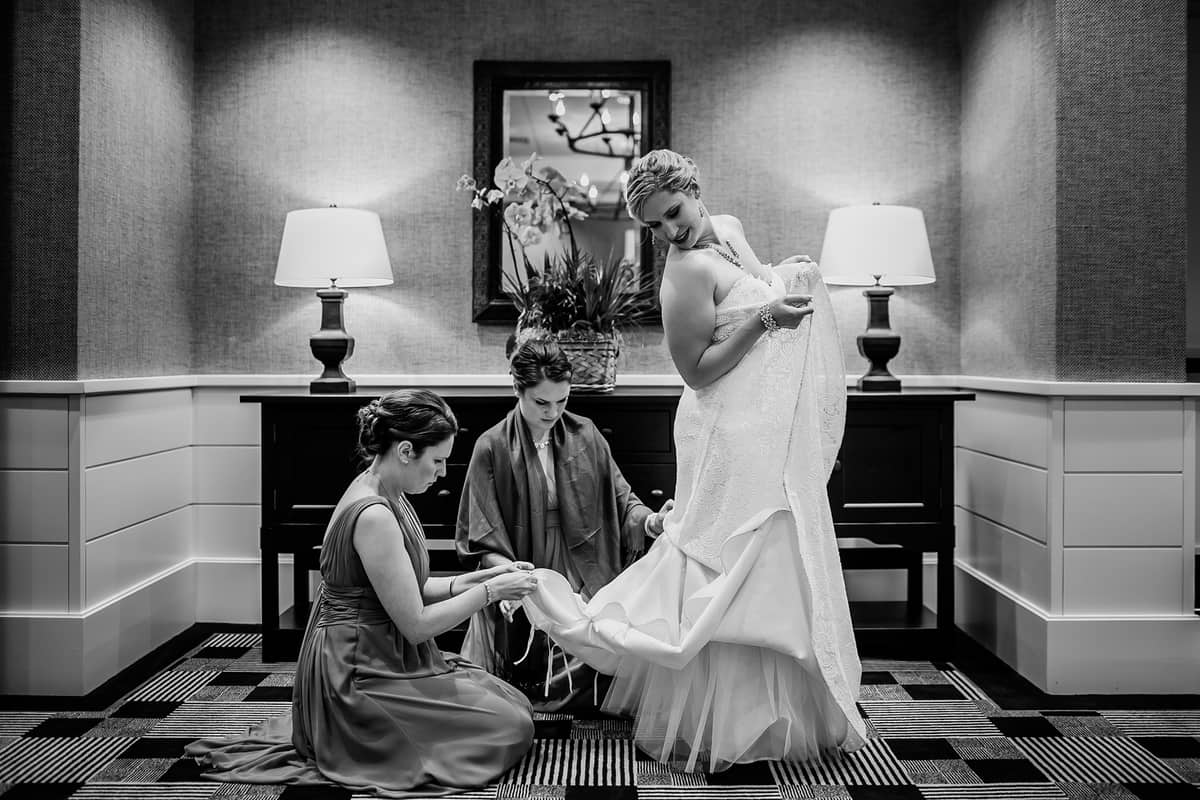 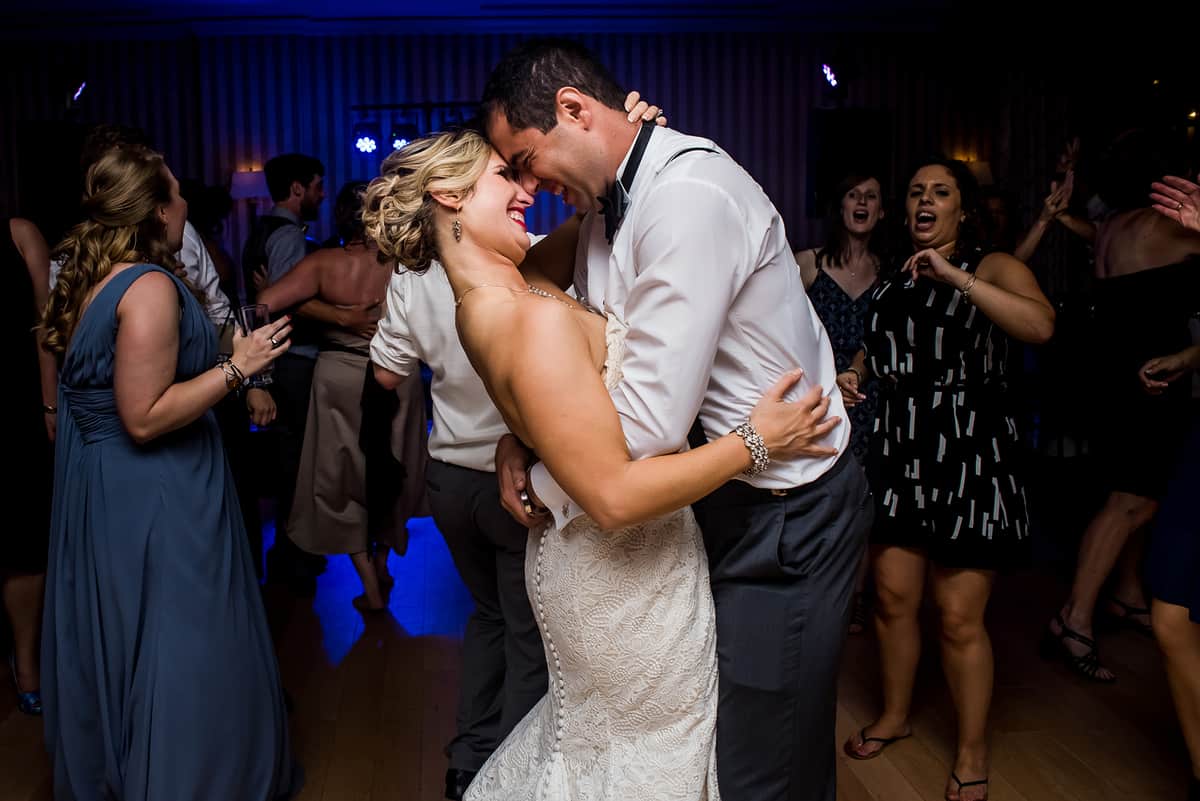 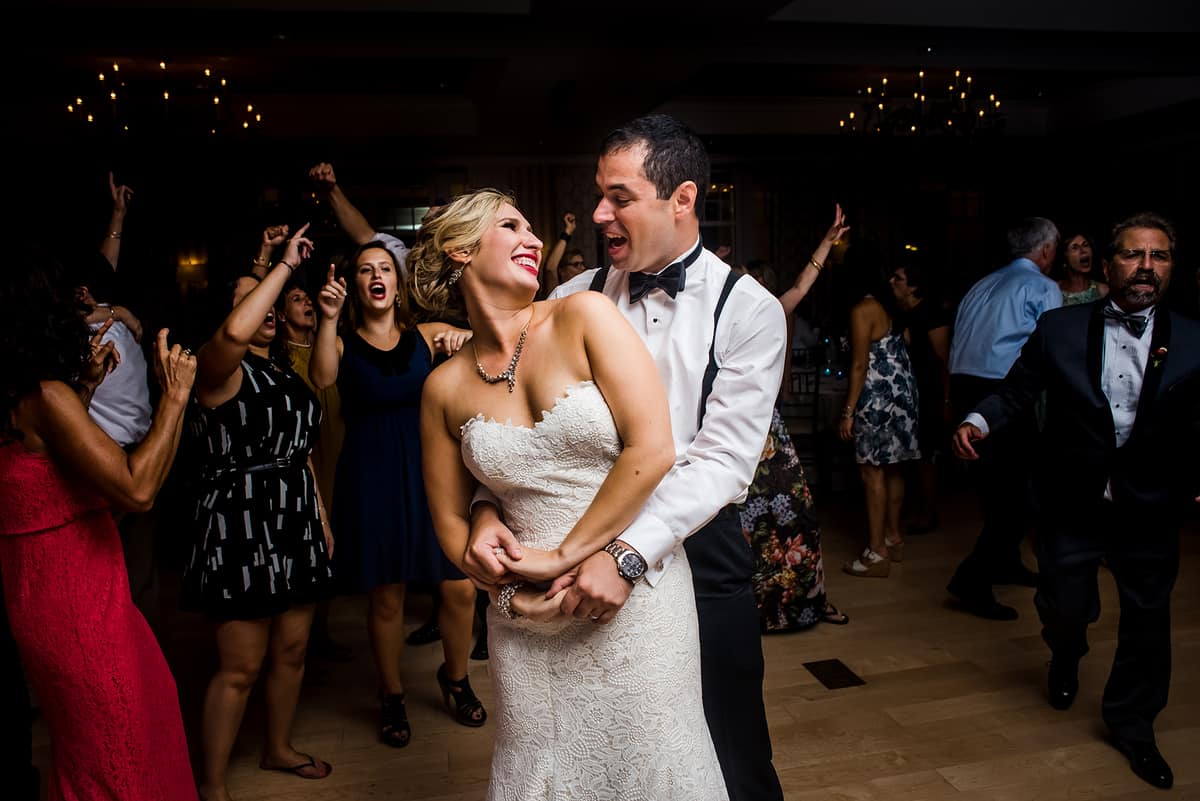 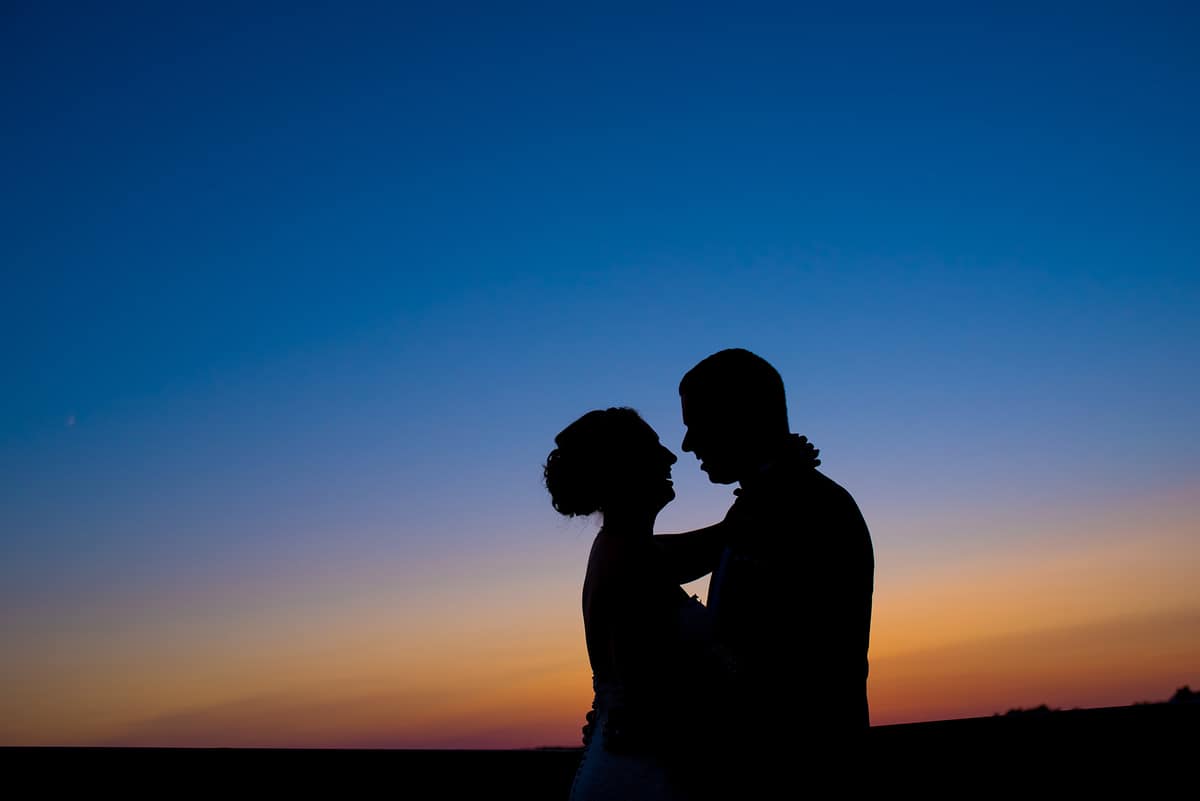 Alli and Seth’s Beauport Hotel wedding was one that I will never forget. The pops of bold red color, two very compassionate and kind families, and heartfelt words, are just some of the things that make this wedding memorable and unique.
I asked the two about the moment the two of them knew that they wanted to spend the rest of their lives with each other. ?
Alli: Alli and Seth were friends before they started dating. Although it was clear that they liked one another, Alli wasn’t sure if she should pursue things with Seth or not, and was holding out for some sort of sign to point her in the right direction. One day, the two were talking and conversation turned to the topic of middle names. They quickly discovered that their middle initials were both the letter ‘R’, and then Alli asked him to reveal his middle name. When he said ‘Randall’ her jaw almost dropped, and that’s because Alli’s middle name is also ‘Randell’. It’s not a particularly common name, so that fact that they shared it was pretty amazing. Alli took that moment as the sign that she had been waiting for, and knew in her heart that she would always regret it if she didn’t give him a chance. Once the two did start dating, Alli never once doubted that Seth was the person she was meant to be with for life.
Seth: The big moment that sticks out was when, just a few months into officially dating, Seth ended up getting pretty sick and needed to spend a few days on the couch to recover. Alli volunteered to come over to take care of him and would only leave his side to go back and forth to work. Some of the reasons that this really sticks out for Seth as a point where he recognized their dedication for each other was that she had the desire to take care of him and was willing to risk getting sick herself. Also, taking care of someone who is under the weather is not a particularly glamorous job, but one that she jumped at. Seth felt torn by both not wanting to get her sick and really wanting her to be around despite obviously not feeling up to dressing up for her. It was a moment where both of them felt comfortable enough with each other to not feel the need to impress one another. That prompted Seth to be the first to say I love you, a moment that neither of them regret to this day.
Beauport Hotel wedding coordinator: Danielle Maccini (danielleM@beauporthotel.com)
Dress Designer: Judd Waddell
Bridal Salon: Allegria Bridal (info@allegriabridal.com)
Shoes: Badgley Mischka
Groom’s attire: Formalwear LTD (service@formalwearltd.com)
Bridesmaid Dress Designer: Monique Lhuillier
Bridesmaid Bridal Salon: L’Elite Bridesmaid (bridesmaids@lelite.com)
Florist: Petals, Cyndi Paone (info@petalsinc.com)
Band: Men in Black, David Gianopolous (david@hankagency.com)
Cake: Cakes for Occasions, Katrina (weddings@cakes4occasions.com)
Makeup and hair: Hair & Make-up by Natalie, Natalie LaFace (hairandmakeupbynatalie@gmail.com)
Birch Arbor for ceremony being rented from Boston Rustic Wedding Rentals
Previous Post
Next Post