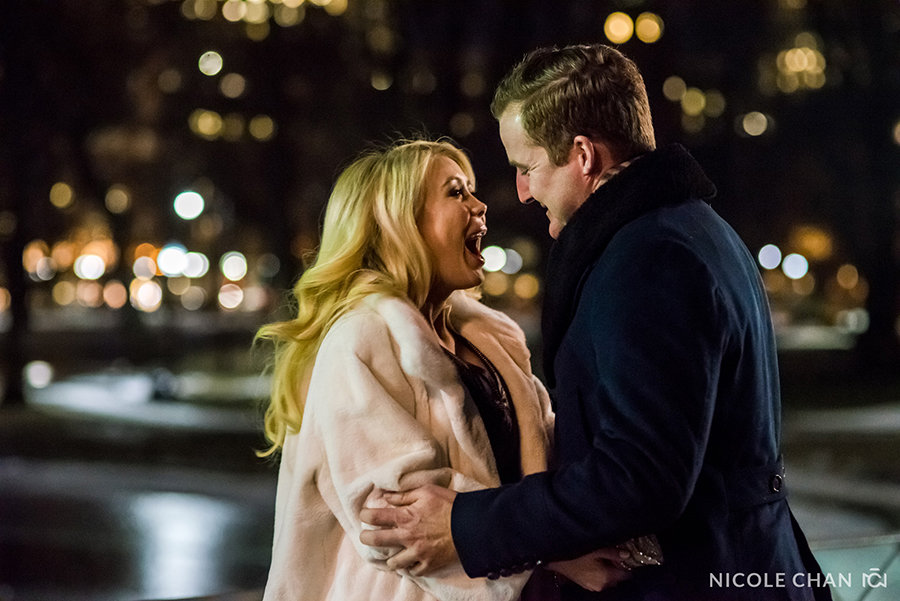 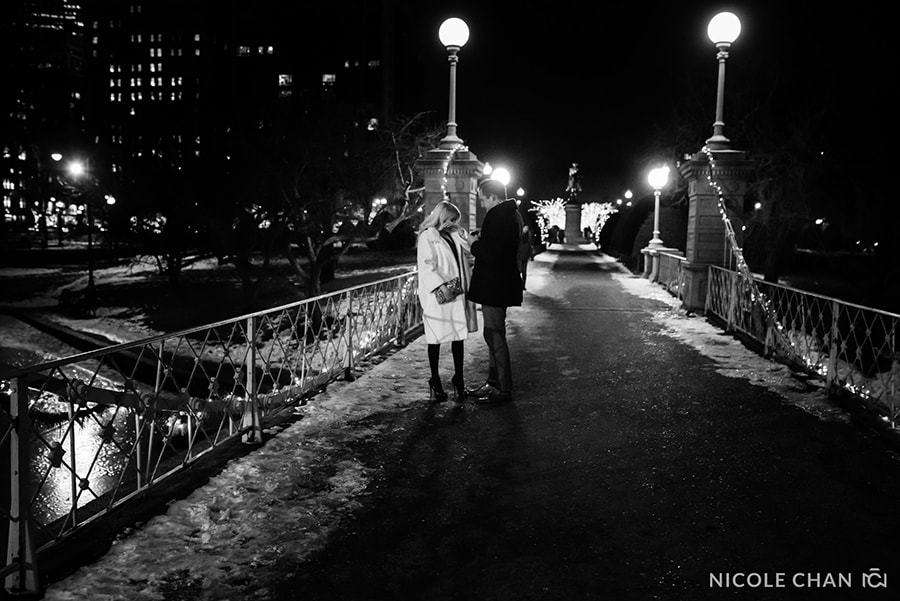 I love being a Boston proposal photographer because I get the chance to document the beginning of a commitment together. After a lovely dinner at the Bristol Lounge in the Four Season, Chris and Paige took a leisurely stroll through the Boston Common. They crossed into the Boston Public Gardens and on this chilly night in January, Chris knelt down on one knee and proposed to Paige on the picturesque bridge.

I followed them for nearly 20 minutes as they walked through both parks, admiring the twinkly lights, and enjoying quiet moments – just the two of them. There was so much joy in Paige’s face. She was shaking, even after a few minutes of hugging and kissing. I’m hoping her shaking was due to shock and excitement, rather than the chill of a Boston winter.
Thank you to Chris for hiring me to be your Boston proposal photographer!
Previous Post
Next Post